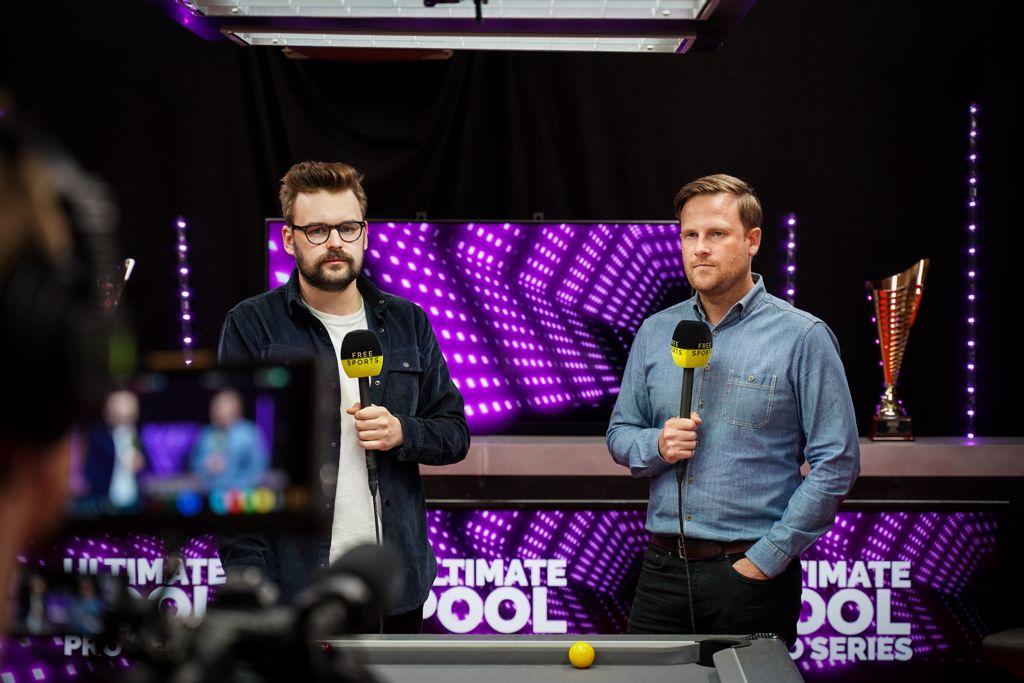 The Ultimate Pool Professional Cup – televised live by BT Sport for fans in the UK and streamed on ultimatepool.tv for fans everywhere else from December 27th - is set to be one of 8-ball pool’s most significant events, ever.

We caught up with several of the sport’s most respected and knowledgeable voices to ask their opinions about the event, who they fancy to have a good run and who they think will claim the title, trophy and £10,000 top prize on the evening of Thursday 30th December.

My pick to win is Chris Melling. He has been in brilliant form all year, and landing the Champions of Champions Shootout a couple of weeks ago will give him plenty of confidence. An outstanding player suited to longer races and no one is more comfortable on the clock - which will be a big factor in tight matches.

Feels a bit churlish calling a former world champion a dark horse but as it’s Jack Whelan’s Ultimate Pool professional debut I'll give him that moniker. He's got a murder of a draw with Gareth Potts in round one, but he's been hard at the practice table in the past few months and if his break catches fire like it can, he'll be a major problem for anyone - especially with the confidence boost if he manages to knock out the four-time World Champion.

Whoever wins it though, this really should be a marquee event. With the standard of the professional ranks as it is, it does feel like the odds are a little bit more pick 'em - but with longer races and set play towards the end of the competition it should be amazing to watch either way. I can't wait.

When picking a player to win the event it is hard to look past the in-form players at the top of the rankings, and following his win in Pro Series 7, Gareth Potts will start as favourite, but he has been handed a very tough draw. Chris Melling and Shane Thompson will also draw a lot of attention, but my pick will be Declan Brennan. He has run into some great performances lately, but his own level has been consistently high all year long.

It is hard to call a dark horse in a field this strong, but having got his Ultimate Pool debut out of the way in the Pairs Cup, I am going to pick Tom Cousins to return to form and put together a good run here.

For me with the coverage on BT Sports, The Professional Cup is the biggest event in the sport's history. With some of the legends of the sport going head-to-head with the new breed of fearless superstars we are almost guaranteed to have plenty of excitement and drama on the table.

Ultimate Pool continue to push the envelope of the game of pool and bring yet another groundbreaking event to our screens via BT Sports. It’s so exciting to see the inaugural event of the 2022 season assembling this field of the world's most talented 8-ball cueists.

There are a number of very intriguing draws bringing together existing and new professionals and I believe there are a selection from the fresh crop who will be very keen to stamp their authority on the event from day one.

My pick for the event comes in the form of the two times World Champion Tom Cousins and my dark horse also comes from the field of debutants - Arfan Dad - who has had one of his most consistent seasons in 2021 and I believe we will see the Keighley man quickly establish himself as a force to be reckoned with.

There are a lot of promising young players coming through the ranks right now, but based on current performances it’s hard to look beyond the experienced duo of Gareth Potts and Chris Melling, both of whom looked at times unplayable on route to their recent Pro Series and Champion of Champions victories. Neither has an easy first round draw, but if they can get through their opening groups they will be tough to beat in the longer two set format in use from the quarter-finals onwards.

Outside of this season’s tournament winners, the player that has impressed me the most is Aaron Davies. His comeback from 6-2 down to win 7-6 in his first-round match at the last Pro Series event was one of the best I have ever seen and involved five consecutive first visit clearances, all characterised by really high-quality shot-making under intense pressure.

What Ultimate Pool has achieved in the last 12 months is nothing short of remarkable, and the fact we’re even talking about being able to enjoy four days of live pool on TV over the Christmas period shows how far the game has come. I love the fact that we’re getting to see so much more of the players’ personalities and the additional media exposure provided by events like the Professional Cup has created a level of excitement and anticipation that you can feel all the way through from the players to the crowd.

With such a stacked field picking a winner becomes an almost impossible task, however, seeing Gareth Potts play so well in recent weeks, for me, he is the player to beat. I have been so impressed seeing his hunger and desire to win.

For me, Shane Thompson is likely to come out on top in the Professional Cup. His consistency and play have been top drawer and I fully expect him to win.