Whelan Through to the Last 32

Jack Whelan booked a place in the last 32 of the ultimatepool.tv Masters after coming through Group B on Wednesday night at Players Pool & Snooker Lounge in Newcastle-under-Lyme.

In the group final, having taken the first frame, Whelan fell behind for the first time during the night as O’Malley claimed frames two and three. However, ‘The Wonder’ went on a five-frame winning streak – including a break and a reverse clearance – to take control, before later finishing the job, 8-4. 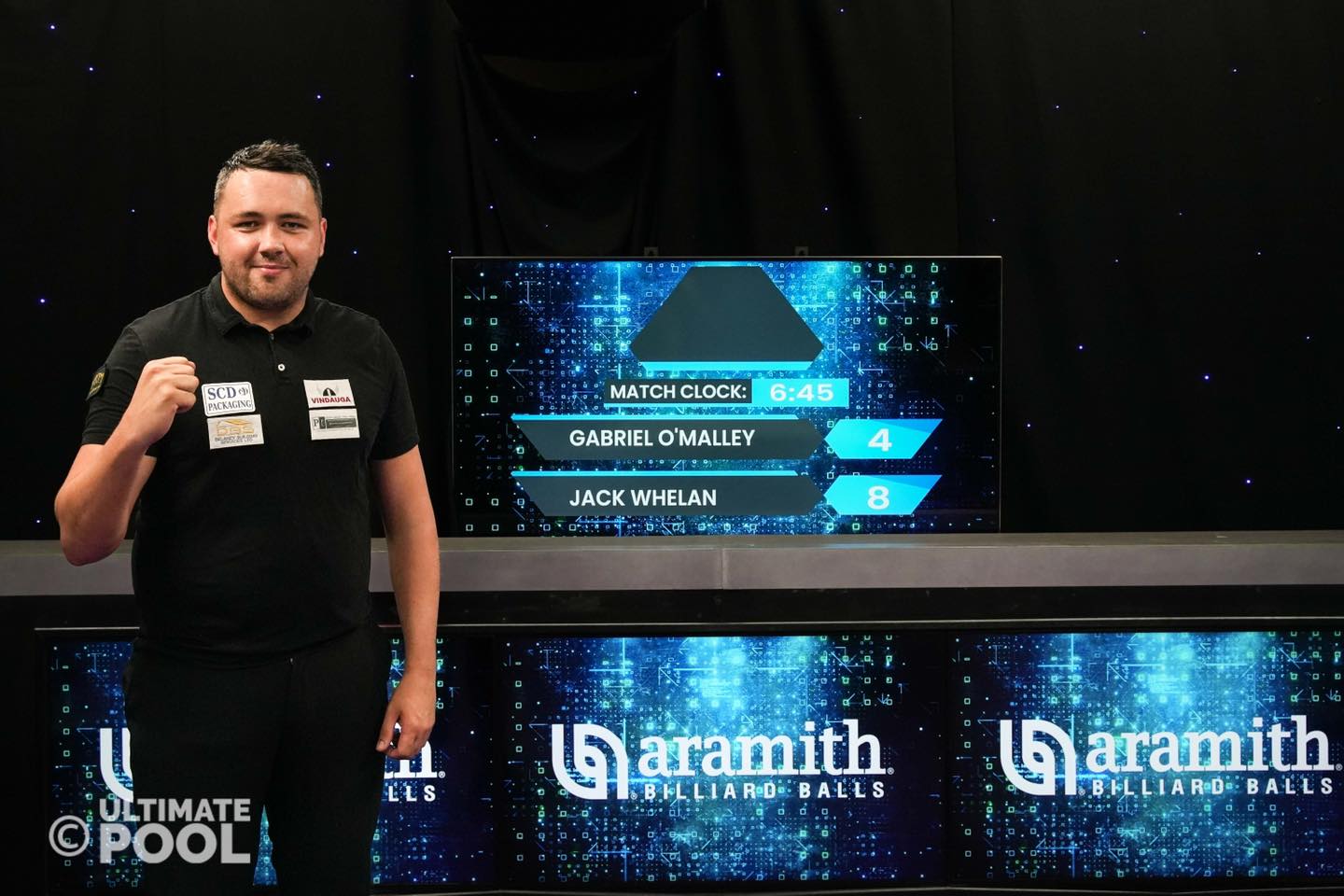