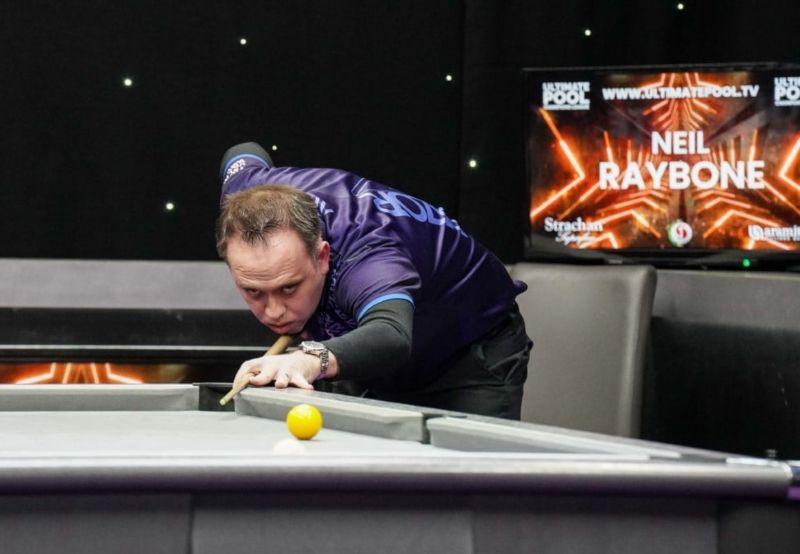 Following a return to form and a run to the final of Pro Series Event 1 in Blackpool last month, Neil Raybone is looking to go one step further at Events 3 and 4 which take place at the Hilton Metropole in Birmingham this weekend.

The former World Masters champion endured a stop-start 2021 campaign on the Ultimate Pool circuit, missing several events and struggling to find the consistency that saw him reach the number one spot in the Blackball code of the sport.

However, times are looking brighter for Raybone who enjoyed a memorable weekend by the seaside, coming through a preliminary round before defeating several world-class opponents en route to the title match where he was only denied the trophy by Michael Hill.

“I had a tough run in Blackpool; I started off by beating Jordan Church and then Scott Gillespie. There was a bit of drama in the game against Scott as he fouled when I was 4-3 down, which allowed me to win that frame and consequently the match. I realised later that he had accidentally knocked the white ball in with his cue.” said the Willenhall star. 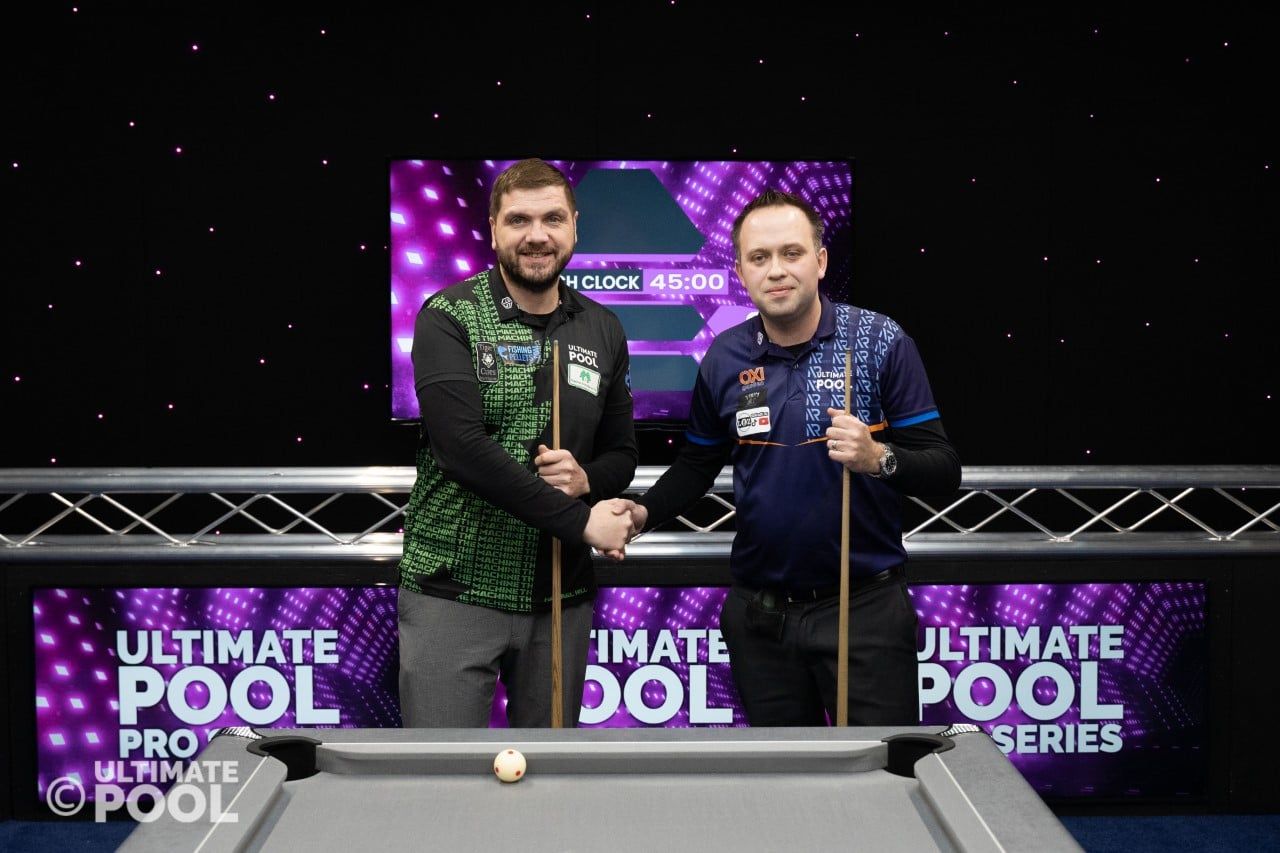 “I then defeated Josh Kane and played really well to beat Chris Melling and Tom Cousins. Against Chris in the quarter-finals, he went in-off the break in the decider. We were near the end of the match-clock but I remember potting the first three balls thinking I had plenty of time left. However, I glanced at the clock and realised there wasn’t much time left after all and ended potting my last colour before running around the table to pot the black with one second to go!

The timed conditions are difficult to get your head around as they are different to what we’ve been used to over the years. We’ve played with shot-clocks but the match-clock is a new thing. It takes managing, but the more you play under it the better it gets.

Although I was disappointed with the final, Mick was fantastic and I didn’t have many chances. Having missed a few events last year, overall, I was very pleased to get to the final.”

All the players on the Ultimate Pool Series were experiencing a new atmosphere in Blackpool as the circuit moved into hotel venues for the first time. It was an environment that Raybone thrived in:

“I thought the atmosphere at the venue was great. All the guys at Ultimate Pool did a brilliant job and it was something we’ve not played in before with the three main arena tables and all the people watching. There was a buzz around the arena – long may it continue!” 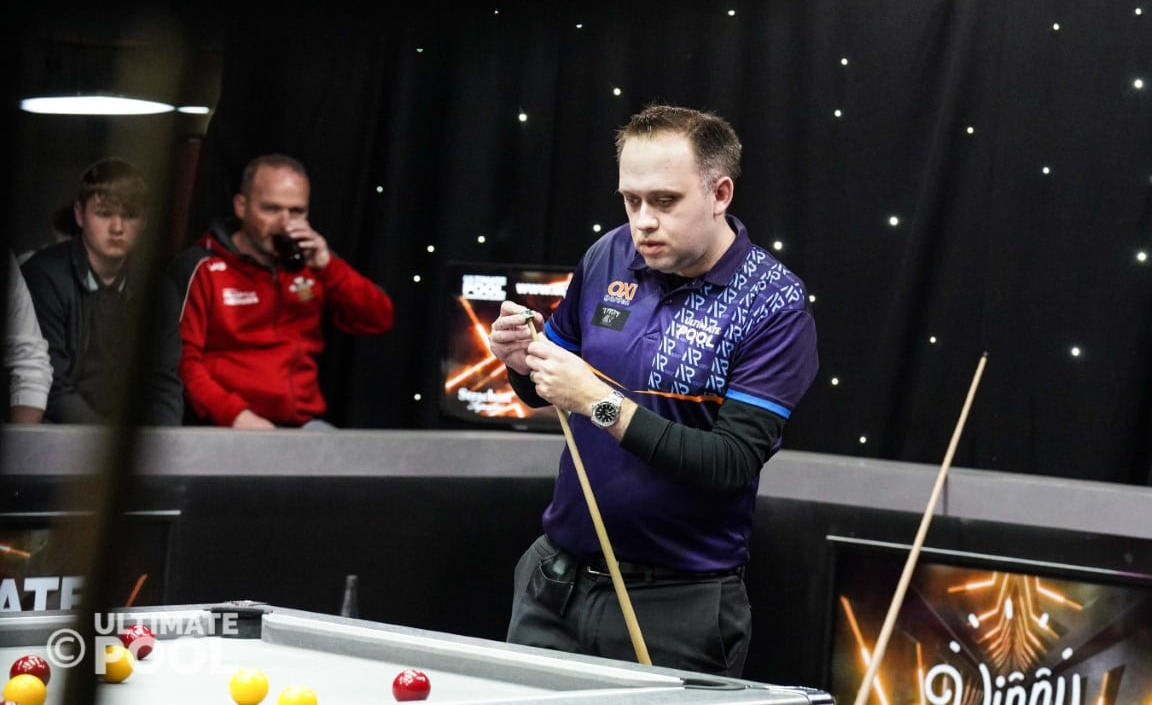 Since his final appearance in Event 1, Raybone also impressed in the opening phase of the televised Monday nights Champions League, only being stopped by an inspired Declan Brennan. His performances continue an uptick in form as he attempts to rediscover the formula that made him a consistent winner prior to the pandemic.

“Declan played very well in the group – fair play to him. I made one mistake at 1-1 and that was it.

Before Covid I was playing really well – I won a big TV event and was getting to the end of other sizeable tournaments. I’ve got a table at home, but when Covid hit I didn’t do any of the online competitions and I don’t really practice unless I’ve got an event to play for.

The situation put me back a year if I’m honest. A couple of events I was at last year, I wasn’t at the same level as before. The time off didn’t do me good, but now I feel back to somewhere I was before.

When I saw the vision of Ultimate Pool and what they had to offer, I thought it was time for a change and it’s a decision I’m very happy with.” 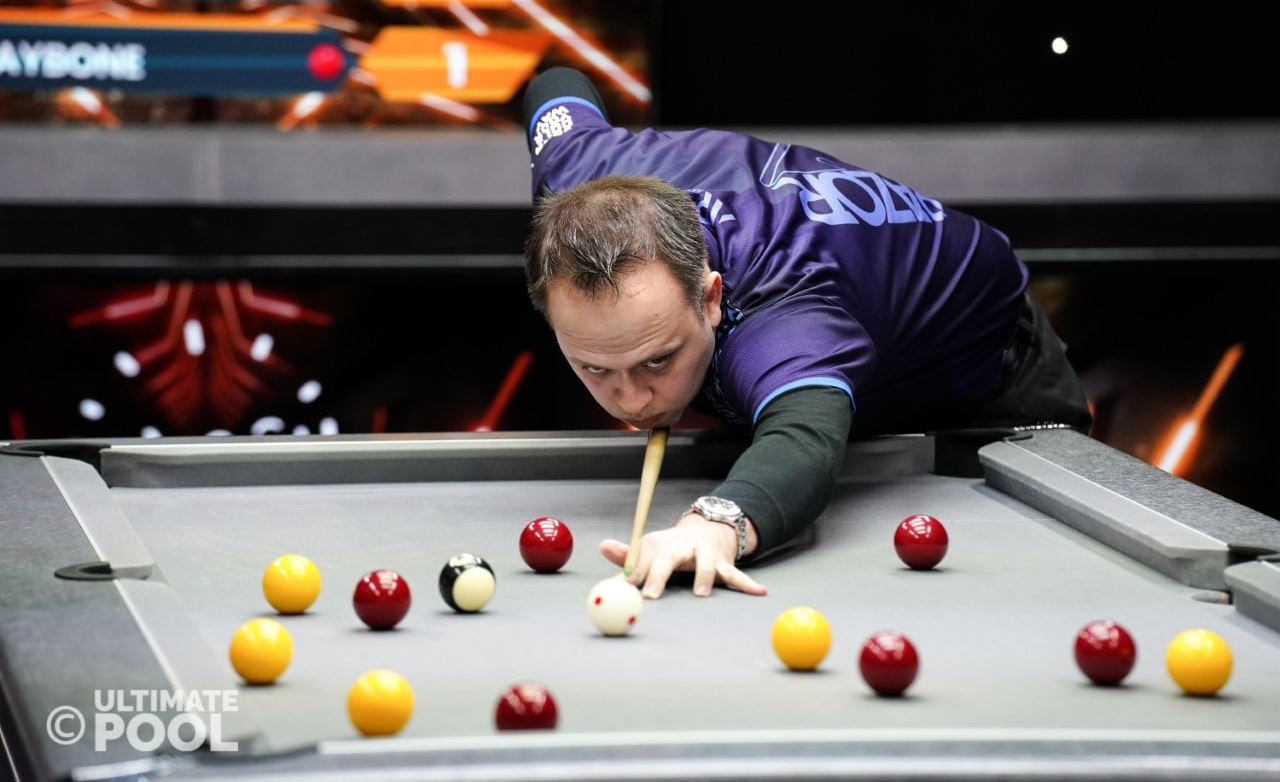 In preparation for yet another grueling Pro Series weekend, Raybone has been increasing his time on the practice table and has changed his approach:

“I’m really looking forward to this weekend in Birmingham. I have been putting a lot of practice in – I ramp things up two weeks before an event.

I’ve been practicing on my own but I have regular practice partners in Andy Blurton, Hiten Patel and Jimmy Croxton, and I’ll be practicing with Gareth Potts before I travel down there, too. I think it’s important to practice against players; in solo practice I don’t think you know where you really are as you don’t get punished. I think I’m getting better because I’m practicing against people more now.”

A former national champion, and winner of tournaments in Holland, Morocco and Norway, Raybone faces youngster Geo Edgar first up in Event 3 with Hill possibly waiting in the last 32. He is scheduled to play Simon Fitzsimmons in Event 4.

“There are no easy draws on the Ultimate Pool professional circuit. Everyone has got the buzz and they are all practicing – whoever you face will be tricky.

Geo is a very good prospect although I don’t know what to expect in that match. If I can get past him, I’d look forward to facing Mick again – we've already played a few times in the Ultimate Pool arena. If it does happen, I’m sure Mick won’t be over the moon with that last 32 draw either.

I’ve got a difficult draw again in Event 4 with Simon who is a very good player. On this circuit, if you play bad you get beat. You’ve got to concentrate on your own game.”

Raybone’s strong start to the season sees him provisionally inside the top 16 rankings. As well as finishing the year inside the 16, he also has ambitions of lifting silverware in 2022.

“In terms of targets, I think I can realistically achieve top 16 status. Expanding to 80 professionals next year, it is going to be massive being in the top 16 and coming in at round three. The standard is so good, if you can miss a few rounds that’s a really good position to be in, although you’ll still be getting a difficult draw at that point.

I would love to win a Pro Series event, though, with the players on show. You also get the bonus of qualifying for the Champions of Champions Shootout which is another great event to be involved in.”

Watch Neil and the rest of the world’s top 8-ball pool stars exclusively live on ultimatepool.tv this weekend. An ‘all-in’ VIP monthly subscription is just £6.99 per month and gives you access to all live events, a treasure trove of archived Video on Demand footage and special feature videos with the sport’s biggest names. You can subscribe here.