Held between the 18th-20th February at the Players Pool & Snooker Lounge in Newcastle-under-Lyme, there will be a total prize fund of nearly £60,000 across both competitions on offer. Both events will initially feature double elimination qualifying, with the latter rounds being straight knockout. All those that qualify for the knockout stages will be on guaranteed prize money.

The Ultimate Pool Professional Grand Slam will be a ranked event featuring all 48 professionals from the 2022 season. It will carry a £14,000 first prize – the largest payday in the sport at present.

There will be live and extensive coverage throughout on FreeSports TV and ultimatepool.tv for what will be Ultimate Pool’s biggest event yet.

The Ultimate Pool Challenger Grand Slam is set to feature 128 amateur players and can boast a seriously impressive £8,000* top prize.

Only players signed up for the 2022 Challenger Series will be permitted to enter this event – although capacity is limited to the first 128.

Due to the limited capacity, this Challenger-only event will not be ranked.

Further details on next season's Professional, Challenger and Women's Series' can be found here. 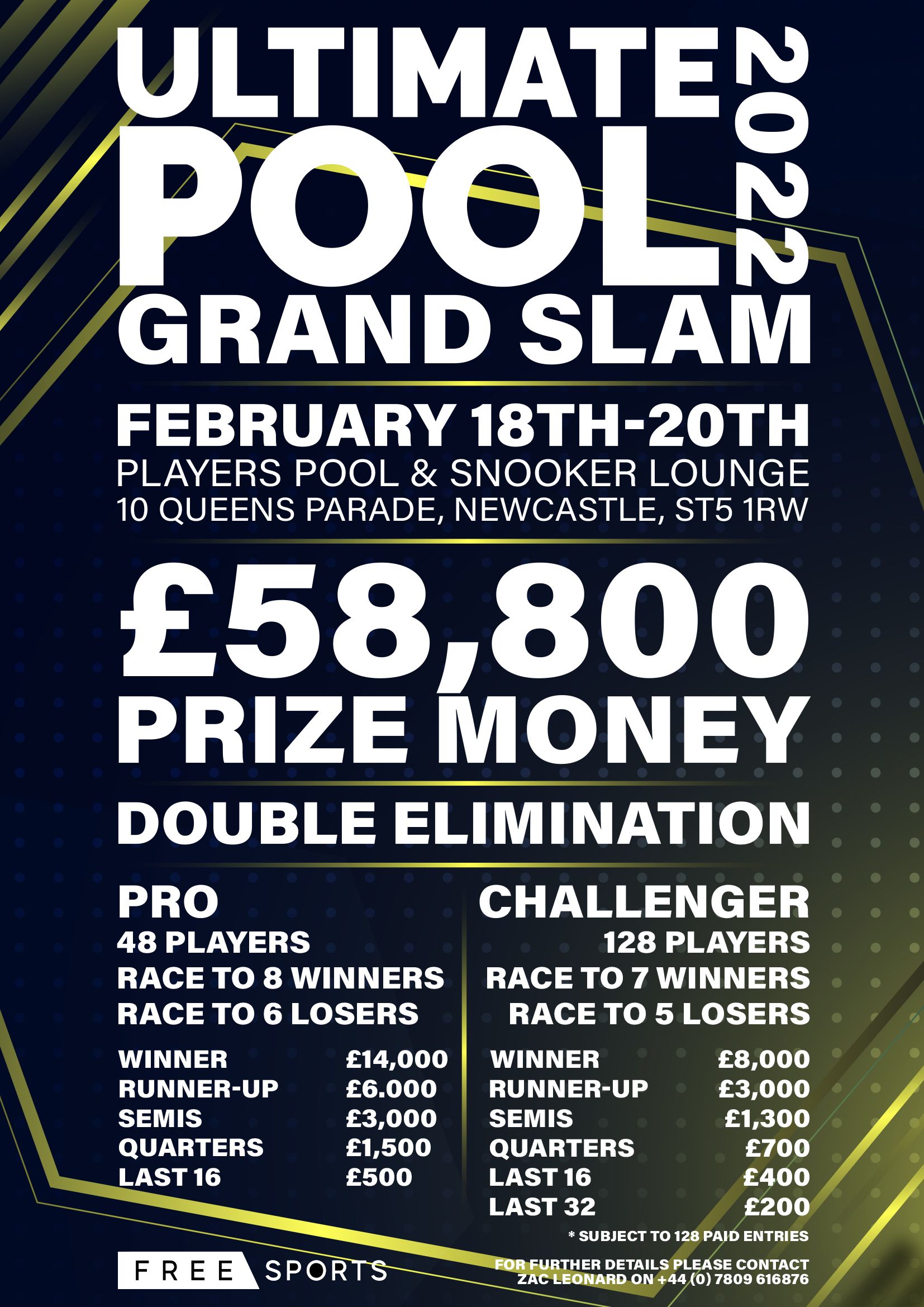