An exciting, new addition to the UPG circuit, the 2022 Ultimate Pool Amateur Championship will take place later this month between the 25th-27th March at the Players Pool and Snooker Lounge in Newcastle-under-Lyme.

The £12,800* event is open to any amateur 8-ball player in the world, regardless of whether or not they are on this season’s Challenger Series. The tournament is restricted to the first 64 paid entrants. To enter, please contact Tournament Director Neil Toms on +44 (0) 7811 111855 to secure your place. It is advised that players get their entries in as soon as they can, due to expected popular demand.

The 2022 Ultimate Pool Amateur Championship will receive extensive live television coverage on FreeSports, with 26 hours scheduled across the three days.

*Based on 64 paid entries, the prize money breakdown is as follows:

The format of the tournament will be straight-knockout, races to 8 throughout. All matches are played to International 8-Ball Rules.

Please note, matches on the TV table will be under timed conditions.

We have been inundated with messages about, and requests to join the Challenger Series after our coverage last weekend, so with the support of FreeSports we look forward to holding our first amateur-only television event.

This is a considerable opportunity for aspiring players to test themselves and possibly get on live television competing for a big title and prize money.”

Please note, should the planned 64-player capacity be reached/exceeded, the Ultimate Pool Group may expand entry numbers for the event. 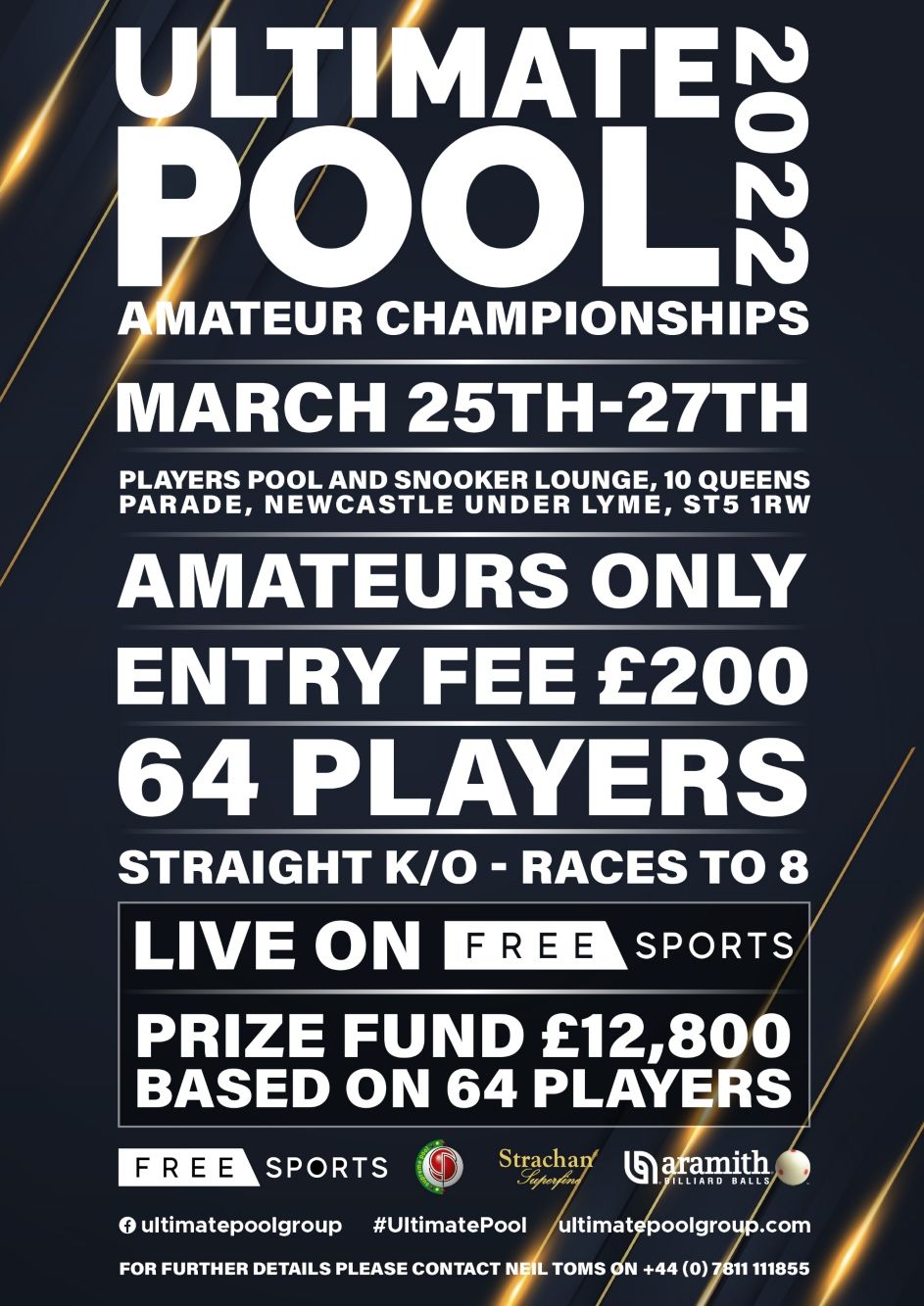