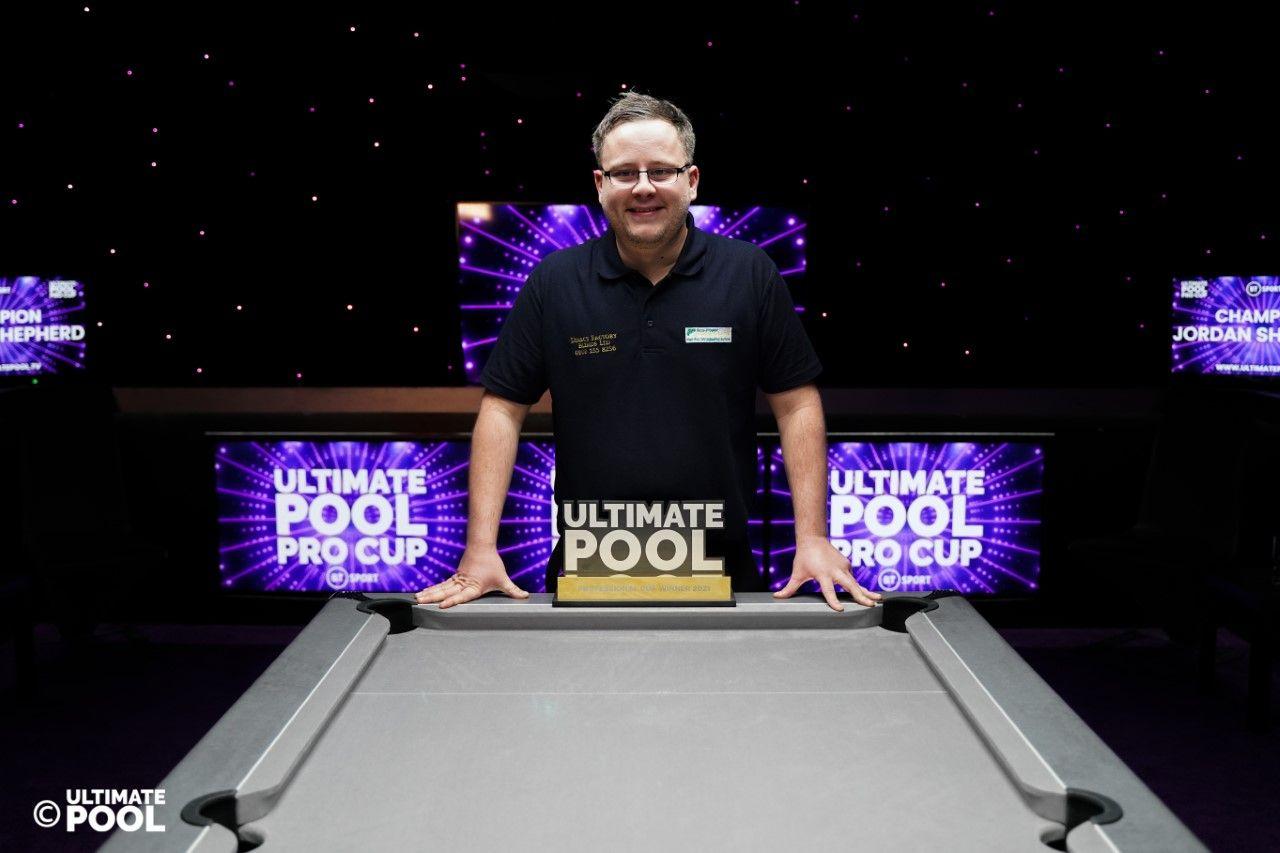 Jordan Shepherd enjoyed a perfect start to life as an Ultimate Pool professional as he defeated four world champions on his way to claiming the inaugural ultimatepool.tv Professional Cup in front of the live BT Sport cameras.

Described by himself as ‘the hardest tournament he has ever won’ Shepherd emerged to collect the £10,000 top prize and a major televised title at the Players Pool & Snooker Lounge – the opening event of the new 2022 Ultimate Pool campaign.

Hopes of lifting the beautiful Professional Cup trophy appeared very faint, though, when he trailed Michael Hill 5-1 in his first match of the competition with around just eight minutes remaining on the match-clock.

However, ‘The Welsh Wizard’ conjured up a spellbinding streak of 8-ball pool on Wednesday afternoon, managing to overhaul the reigning six-time world champion in a 6-reds shootout after levelling at 6-6 and then dispatching another one of the sport’s all-time greats – Chris Melling – 7-1 in the last 16.

The 31-year-old Doncaster-based star returned on Thursday with renewed confidence having admitted he came into the tournament with only moderate expectations. In the quarter-finals he eliminated local hero Liam White in straight sets 2-0 (7-1, 6-4) and then followed that up in the evening session by ousting Jack Whelan in a compelling last four contest – also 2-0 in sets (6-5, 7-5). 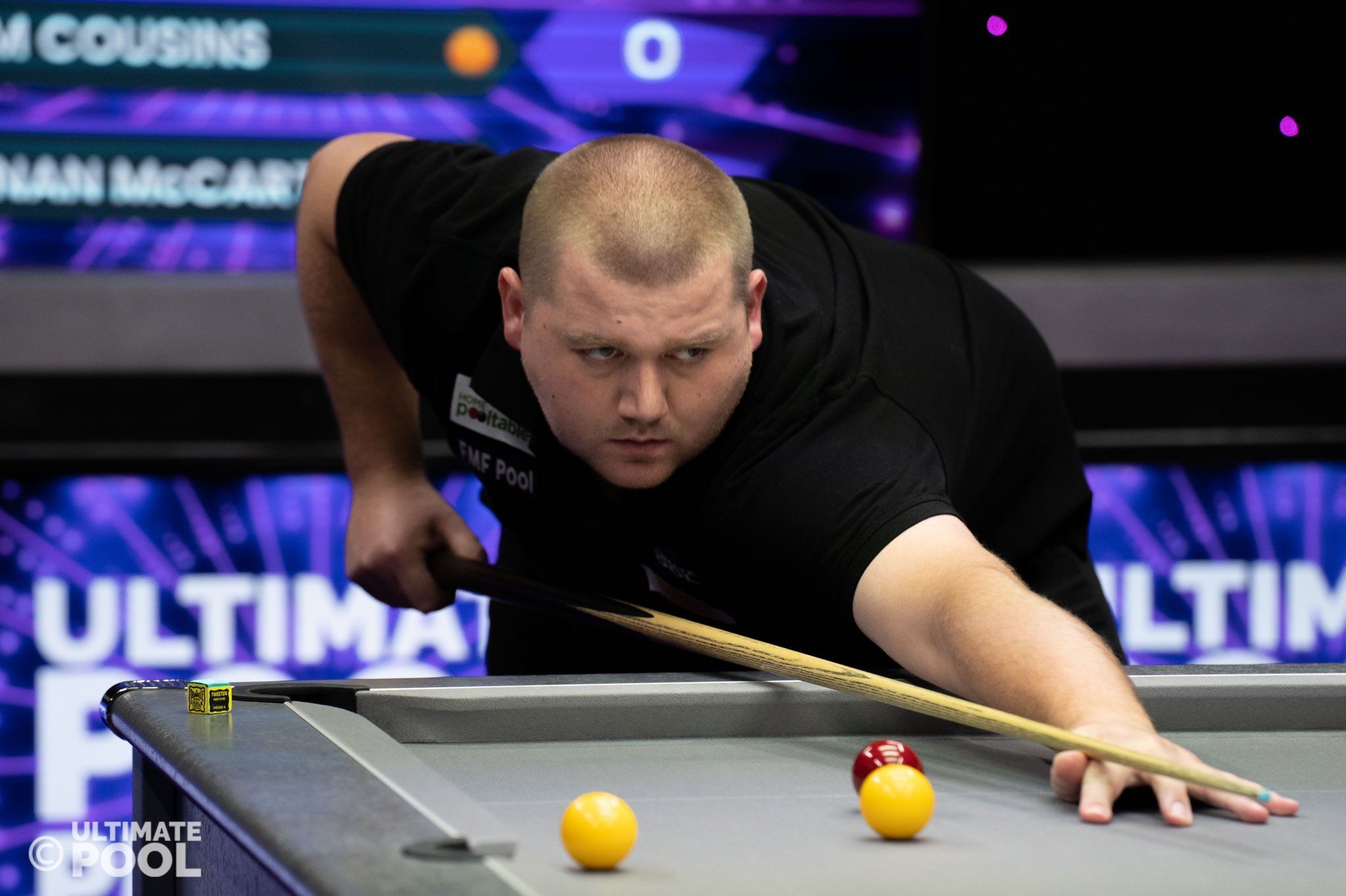 Waiting for Shepherd in the title match was fellow countryman Tom Cousins, who up until that point had been the player of the tournament.

The former back-to-back world champion had produced a string of relentless performances. Equipped with and using his powerful trademark break-off to great effect, Cousins reached the final with an incredible frame aggregate of 42-12. He ended the hopes of Jimmy Croxton and Carl Morris in the opening phase before straight sets victories over John Roe and Ronan McCarthy in the quarter and semi-finals respectively. In fact, the final four were all new Ultimate Pool professionals – Shaun Chipperfield (7) and Dom Cooney (8) were the only seeds to win a group.

Given his brilliant break and clearance statistics getting there, Cousins began the final as the favourite, but a combination of him making several uncharacteristic and unexpected errors coupled with the composure and shot-making of Shepherd, meant the form book would go out the window.

Cousins opened the final with yet another break clearance, although Shepherd responded in kind in frame two before moving 3-1 ahead. ‘Top Cat’ strung together a trio of frames himself to go back in front but Shepherd was stronger come the end of the first set, chalking up the next four frames to take it, 7-4.

Needing to win the second set to tie the scores and force a 6-reds shootout, Cousins got off to a decent start as he led 3-1. However, Shepherd did want or ultimately need extra-time as he crafted some wonderfully executed shots on his way to recording six of the final seven frames to win the second set 7-4 and the match in straight sets. 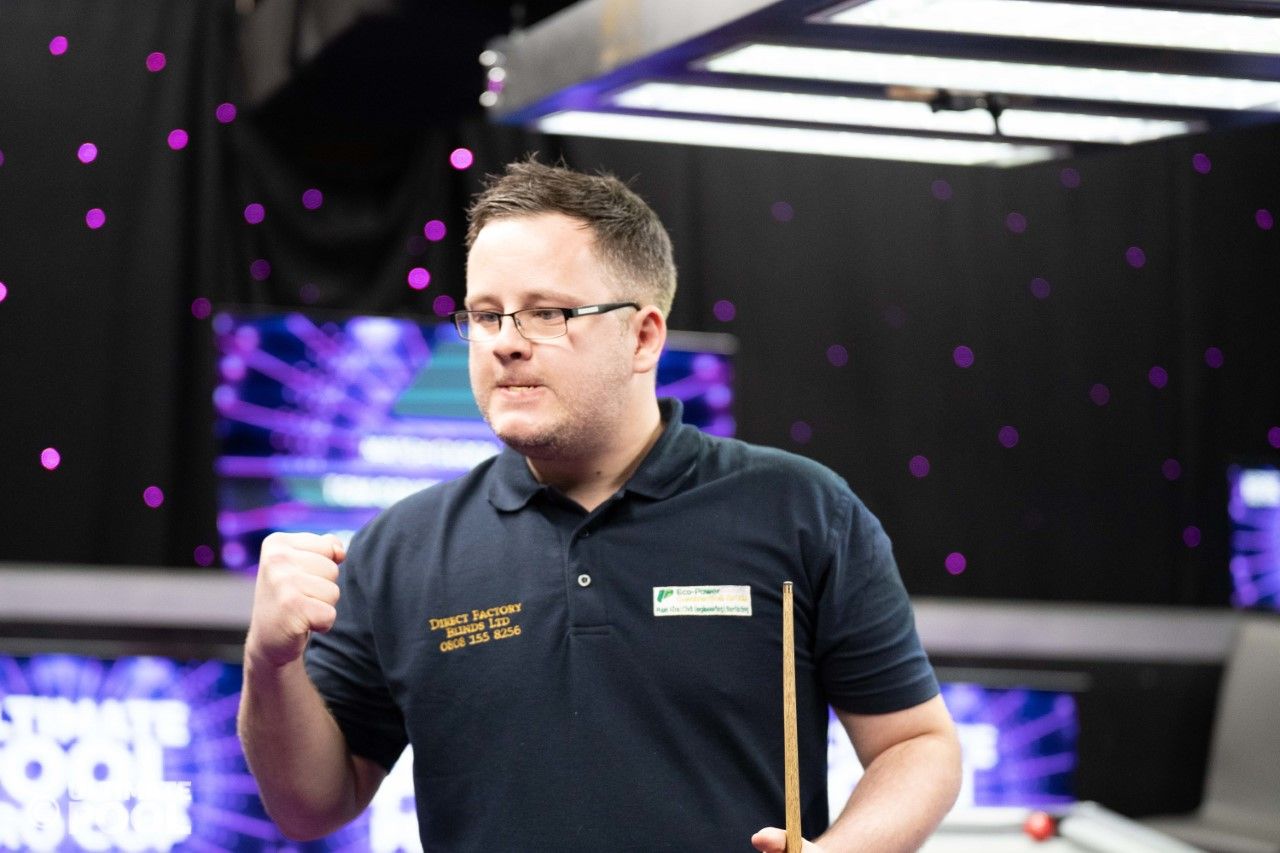