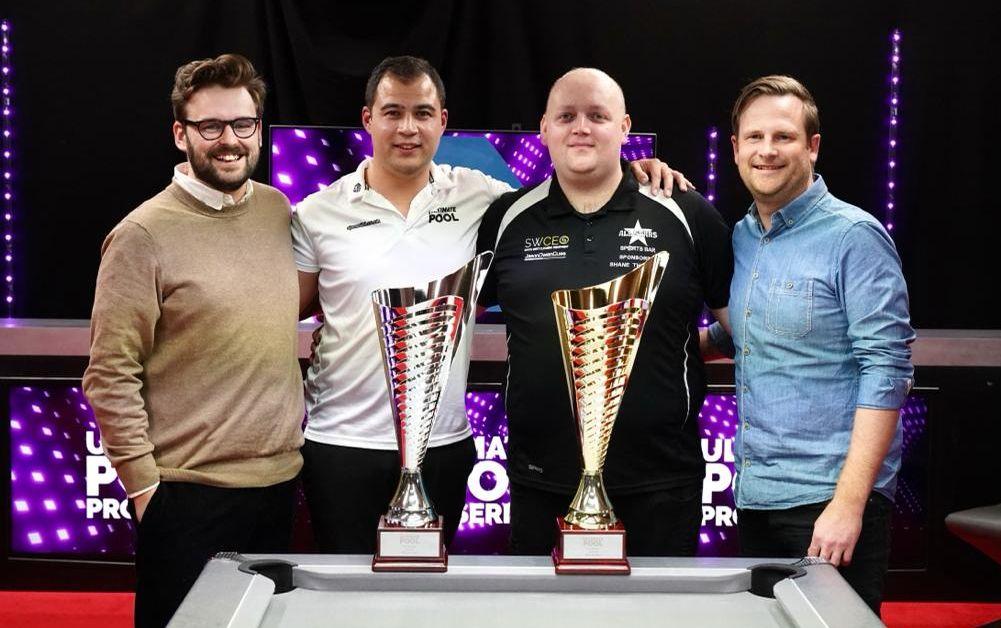 Storry and Thompson are Champions at Latest Pro Series Stop

Shaun Storry and Shane Thompson won Events 5 and 6 respectively during the latest Ultimate Pool Professional Series weekend at the Players Pool and Snooker Lounge in Newcastle-under-Lyme.

Storry scored the biggest title of his career to date when he secured the main event – his maiden Ultimate Pool accolade – following a 9-2 defeat of former world champion Carl Morris in the final.

The Ipswich cueist’s campaign began with a bang when he stopped Thompson’s incredible 14-match winning streak on the circuit in round one with a showstopping 7-4 victory. Storry then dropped just three frames in his next two assignments – eliminating Brian Halcrow 7-2 in the last 16 and Rob Wharne 7-1 on the live TV table in the quarter-finals. The latter match was of exceptional high quality that saw eight one-visit clearance finishes.

‘Autopilot’ was made to sweat in a cagey semi-final, though, against young Maltese sensation Dejan Grech. Trailing 5-3 with fewer than 10 minutes remaining, Storry managed to turn it around, potting the final 8-ball with seconds left to oust it 6-5. Current European under-23 champion Grech was one of the weekend’s star performers with two semi-final finishes.

Morris – the sport’s youngest world champion when he was just 21 years old in 1998 – was back in the big time after a memorable run to the title match.

‘Houdini’ was relatively untroubled as he got the better of Craig Lakin 7-3 and Rob Chilton 7-2 in the opening rounds but it was his last eight thriller against reigning world blackball champion Scott Gillespie that will live long in the memory.

Appearing to be down and out with time wearing very thin, Morris somehow conjured up an amazing clutch clearance – albeit with the help of a fluke – to square the match 5-5 on the buzzer. He then went on to win the subsequent 6-reds shootout to leave the Scot and audience stunned in what was a midnight finish. In the last four he comfortably negotiated the resurgent Greg Batten 7-2.

However – in the meeting of fellow Englishmen - Morris would be the one made to watch for long periods in his next match, as Storry strung together seven frames in-a-row from 2-2 to collect his first major televised title and a £10,000 payday.

The success also sees him move up to second in the rankings and he is guaranteed a place in the Champion of Champions Shootout this December. 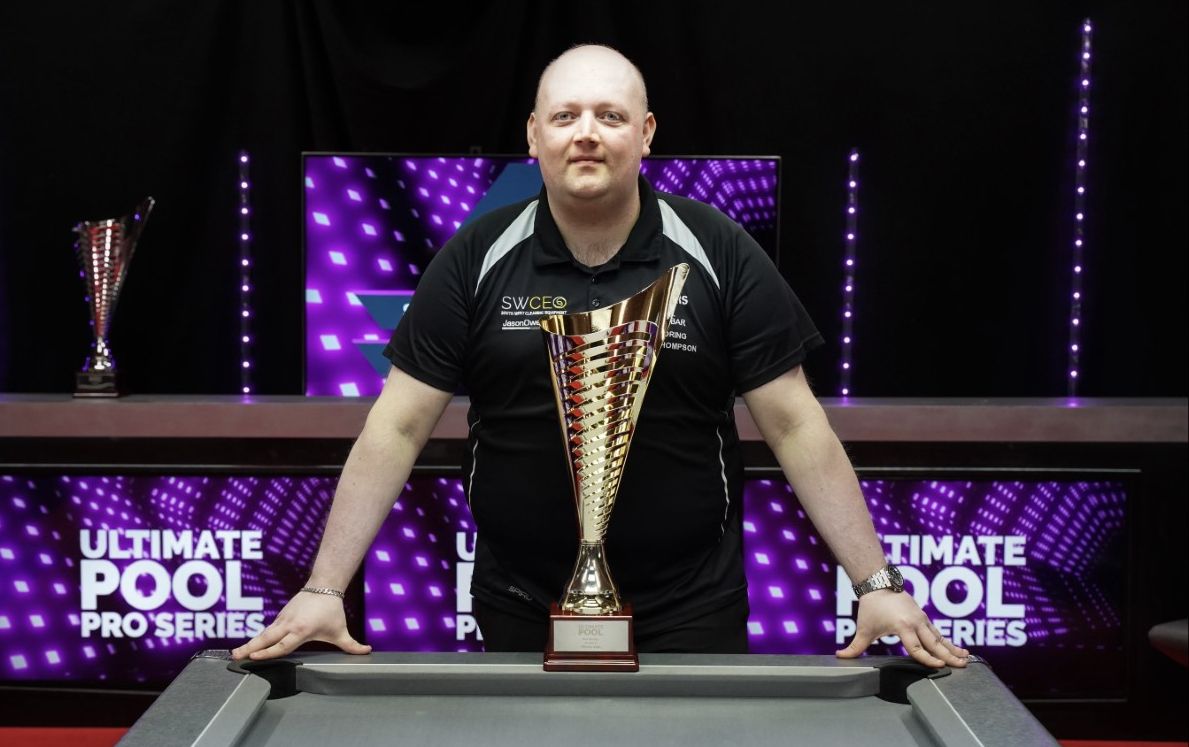 Thompson continues to enjoy his dream campaign on this inaugural Professional Series as he picked up an incredible third trophy of the season and extended his lead at the top of the rankings.

Back-to-back title winner last month with Events 3 and 4 – a feat that will be extremely difficult to replicate – Thompson’s Event 6 challenge started out on Friday where he stretched his winning streak to 14 matches before losing in Event 5 on Saturday.

Once again, Thompson defeated several of the sport’s greatest names on route. He began with a 6-3 victory over former World Masters winner Neil Raybone before denying two-time world champion Chris Melling – the player he defeated in the Event 3 final – by the same scoreline in the last 16.

6-3 was the result once more as he ended the hopes of four-time world champion Gareth Potts in the quarter-finals before getting past Storry 6-4 in the last four for his fourth professional final of the season – Thompson was also runner-up to Jake McCartney in Event 2.

Standing in ‘The Safecracker’s’ way of yet more silverware was the rejuvenated reigning six-time world champion Michael Hill who dropped only three frames in four matches to get into the final.

Runner-up in the Vinny Champions League earlier this year, Hill ran a gauntlet of world-class opponents but was barely bothered as he defeated Gillespie 6-0, Christophe Lambert 6-3, Shaun Chipperfield 6-0 and Grech 6-0 to reach his maiden Pro Series final.

Proceedings were very different in the final, though, as Thompson – despite initially going 2-1 down – chalked up eight of the following nine frames for a resounding 9-3 triumph.

The Bristolian moves onto 20,000 points at the top of the rankings, well clear of Storry and Declan Brennan who are both on 12,500.

The final events of the season take place between the 3rd-5th December.