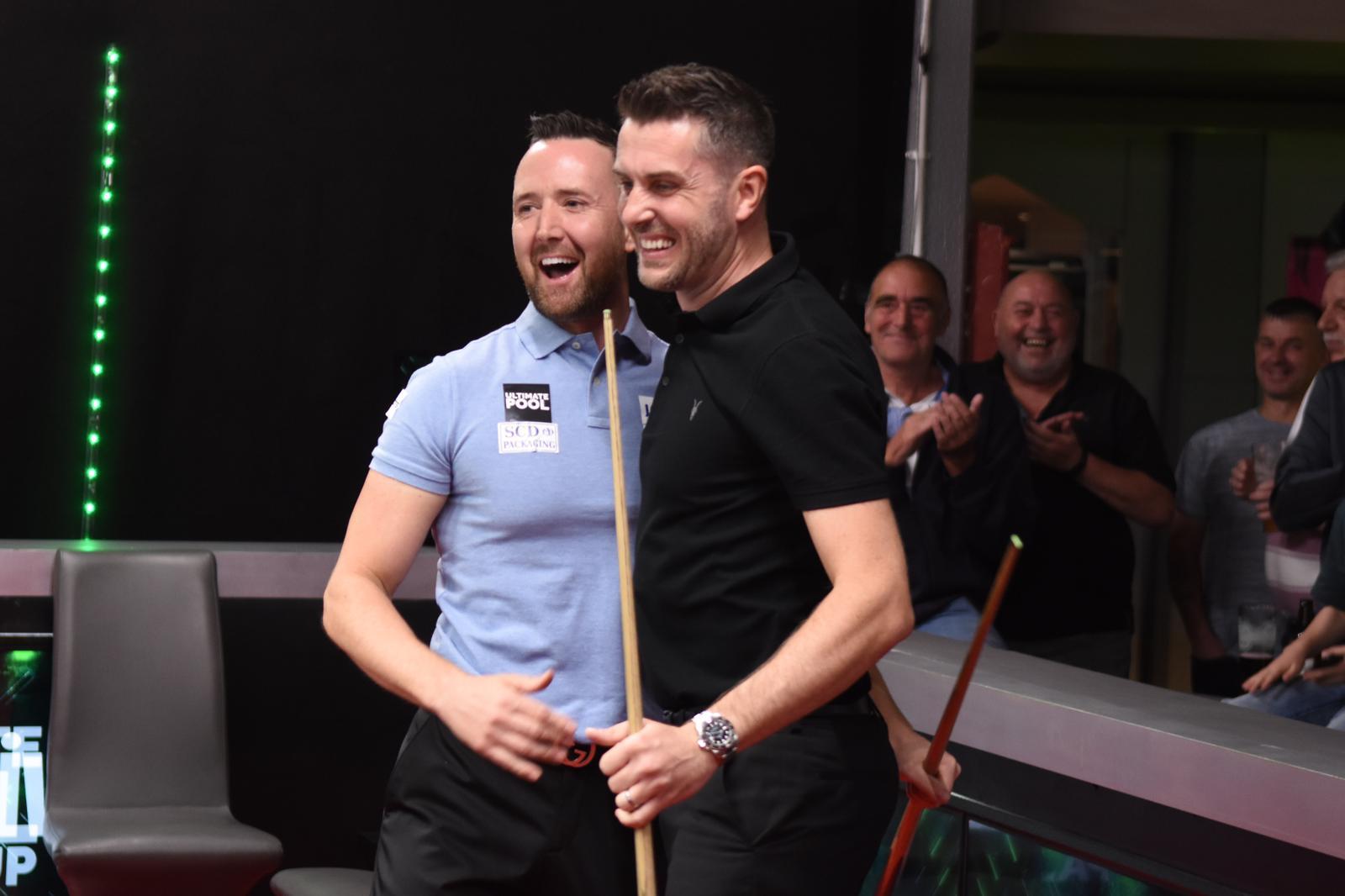 In front of an enthralled live crowd and probably the largest live television audience that small table pool has ever had, ‘The Dream Team’ of Mark Selby and Gareth Potts advanced to the last 16 of the Eative Ultimate Pool Pairs Cup.

There was much anticipation surrounding the appearance of reigning four-time world professional snooker champion Selby pairing up with four-time world 8-ball pool champion Gareth Potts, and the duo lived up to expectations, although they were made to sweat amidst a dramatic climax.

Snooker’s world number one Selby is no stranger to the pool table, of course - he won the 2006 WEPF World 8-Ball Pool Championship – but his last big-time competitive outing on an English 8-ball pool table came in 2007. However, he and close family member Potts decided to join forces on the table for the first time and prepared for their debut at the Players Pool and Snooker Lounge in Newcastle-under-Lyme.

The earlier portions of the evening went according to plan for the 38-year-olds as they grew in confidence and enjoyed themselves with impressive 4-0 victories over the Isle of Man’s David Addinall & Tommy Miller and former world championship doubles finalists Jez Graham and Darren McVicar.

However, things went awry when they faced Zak Shepherd & Andy Cragg in the final fixture of the night. Needing only a point to top the table and qualify for the last 16, they lost 3-1 after some exquisite shotmaking from their opponents – particularly Cragg.

This upset result meant that for the first time in Ultimate Pool competition, three teams finished joint-top of the table – all with two wins each – therefore meaning a three-way 6-reds shootout was required to determine a winner.

Plymouth pairing Graham & McVicar went first and registered a solid 26.02 seconds – a target that the second positioned team Shepherd & Cragg could not better.

Roared on by a partisan but respectful crowd, only Selby & Potts could change the outcome, and they duly delivered under the pressure by scoring a winning time of just over 24 seconds.

The partnership is set to feature again in the winter for phase two of this unique £32,800 competition. Selby & Potts will join the teams of Shaun Chipperfield & Karl Sutton, Josh Kane & Jon McAllister and Brian Halcrow & John Sullivan - all previous group winners from the opening three weeks.