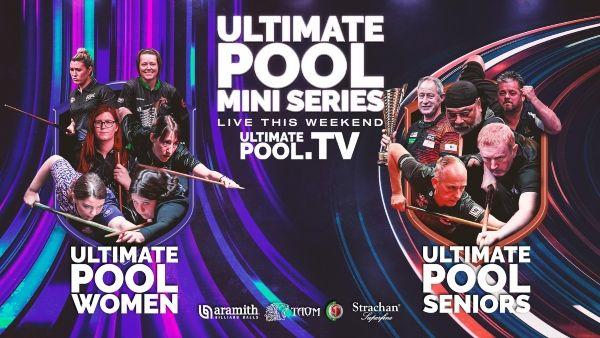 Mini Series Breaks Off This Friday Live on UltimatePool.TV

An exciting new addition to the circuit, the Ultimate Pool Mini Series makes its bow this weekend, providing further competitive opportunities for women players, and for the first time on the Ultimate Pool scene – senior players over the age of 50.

Both the Seniors Mini Series and the Women's Mini Series are played side-by-side at the Daventry Court Mercure Hotel on the long weekends of 30 September-2 October and 25-27 November, with £36,200 set to be paid out in total. All events are played to International 8-Ball Pool Rules.

Ultimatepool.tv will provide extensive live coverage from across both series. Click here to become a subscriber and get access. 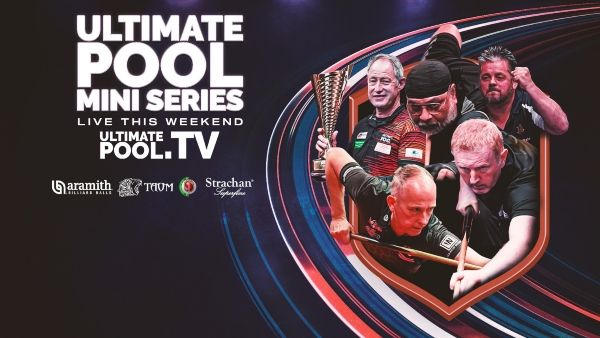 A field of 128 players is set to feature in the Seniors, with all of them placed into 16 round robin groups of 8. The top 4 players at the end of the groups phase qualify for the last 64 knockouts, whilst the bottom 4 go into a plate competition.

The winner of each main event will bank a cool £1,800. See full prize money breakdown here.

Three Ultimate Pool professional stars will compete – Dylan Leary, Oly Bale and Ronan McCarthy, and there is a host of other big-name players and legends of the sport ready for action.

Former two-time world champion Jason Twist – one of the greatest players of all-time – makes his Ultimate Pool debut, whilst the legendary Lee Kendall and Keith Brewer also travel to Daventry.

Cameron Tolley – winner of this season’s Challenger Series Event 3 and on course to be a pro next season – is in the draw, as too are other likely title candidates such as Andy Appleton, Shane Balding, Matt Brannan, Martin Hazell, Vic Makh, Craig Reynolds, Partab Singh, Steve Singh and Neil Toms.

Group 9 is particularly tasty with Leary, Bale and Twist all in it.

The Women’s Mini Series has 64 players divided into 16 round robin groups of 4. The top 2 advance to the knockout phase and the bottom 2 go to the plate.

A £1,200 top prize is on offer to the winner of each main event. Full prize money breakdown here.

There is a stellar cast on show for this Series too, with Ultimate Pool professional Emma Cunningham, two-time Women’s Series event winner and current number one Harriet Haynes, and four-time world champion Amy Beauchamp all entered.

The draw for both events can be viewed under the Live Scoring tab on the ultimatepool.tv website here.

Ultimate Pool will be covering live coverage with expert commentary from this weekend’s event. Become a UPTV subscriber here to access the show.

A full list of livestreamed matches for the arena table will be released shortly.