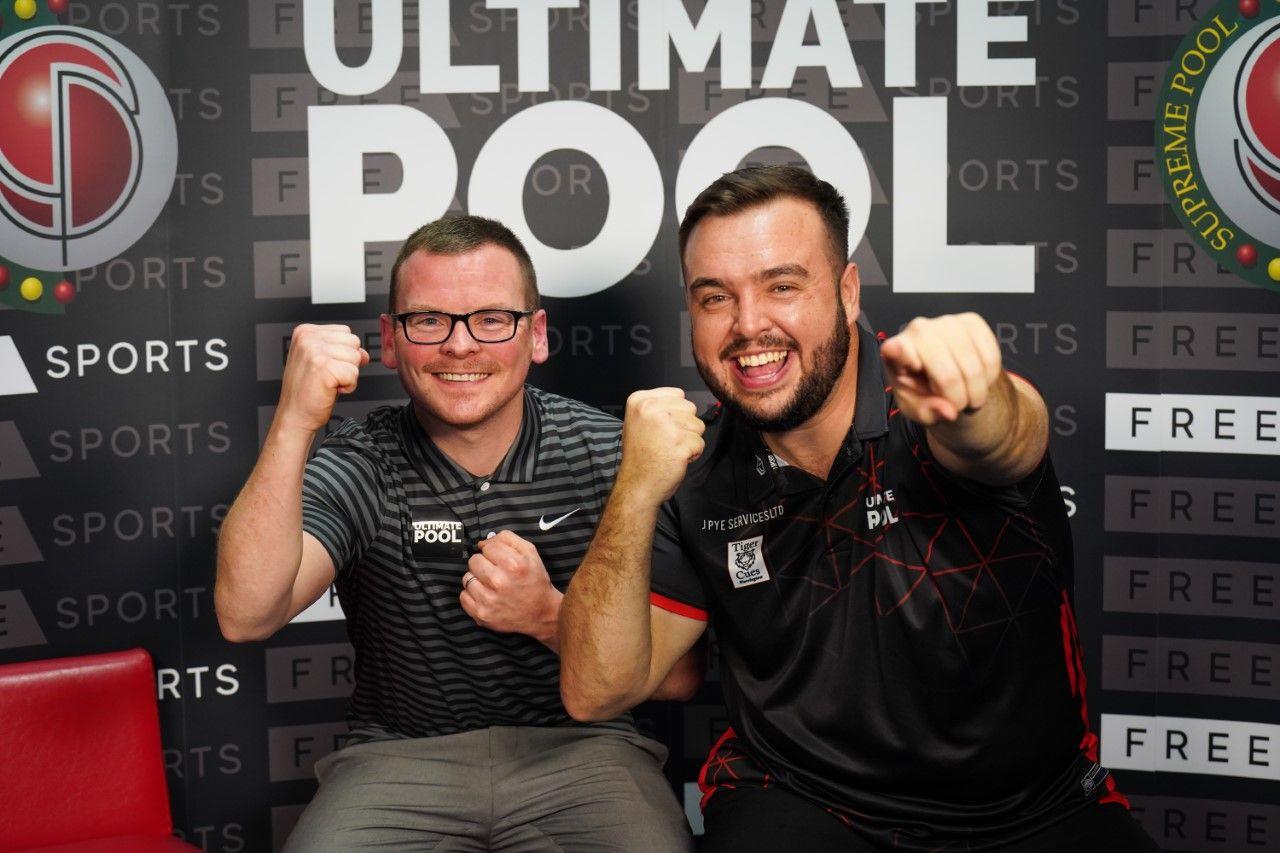 McNamara & Higgins Bounce Back in Group 9

David McNamara & Gareth Higgins recovered from an early defeat to win Group 9 of the Eative Ultimate Pool Pairs Cup and qualify for the last 16 of the competition.

The latest quartet of teams in front of the live FreeSports TV cameras was arguably the toughest to pick a winner from yet with three Ultimate Pool professionals, a former three-time world junior champion and a former professional snooker player all on show in Newcastle-under-Lyme.

Dressed to impress, tartan-clad Scottish duo Martin McIntosh & Darren Matthew defeated Aaron Davies & Matt Brierley 3-1 to win the opening fixture of the night. This was followed by the vastly experienced combination of Oly Bale & Russell Burgess getting the better of McNamara & Higgins 3-2.

In the second session, the losers from earlier squared off, with McNamara & Higgins ousting a low-scoring affair 2-1 to keep their hopes alive and extinguish their opponents’ at the same time. 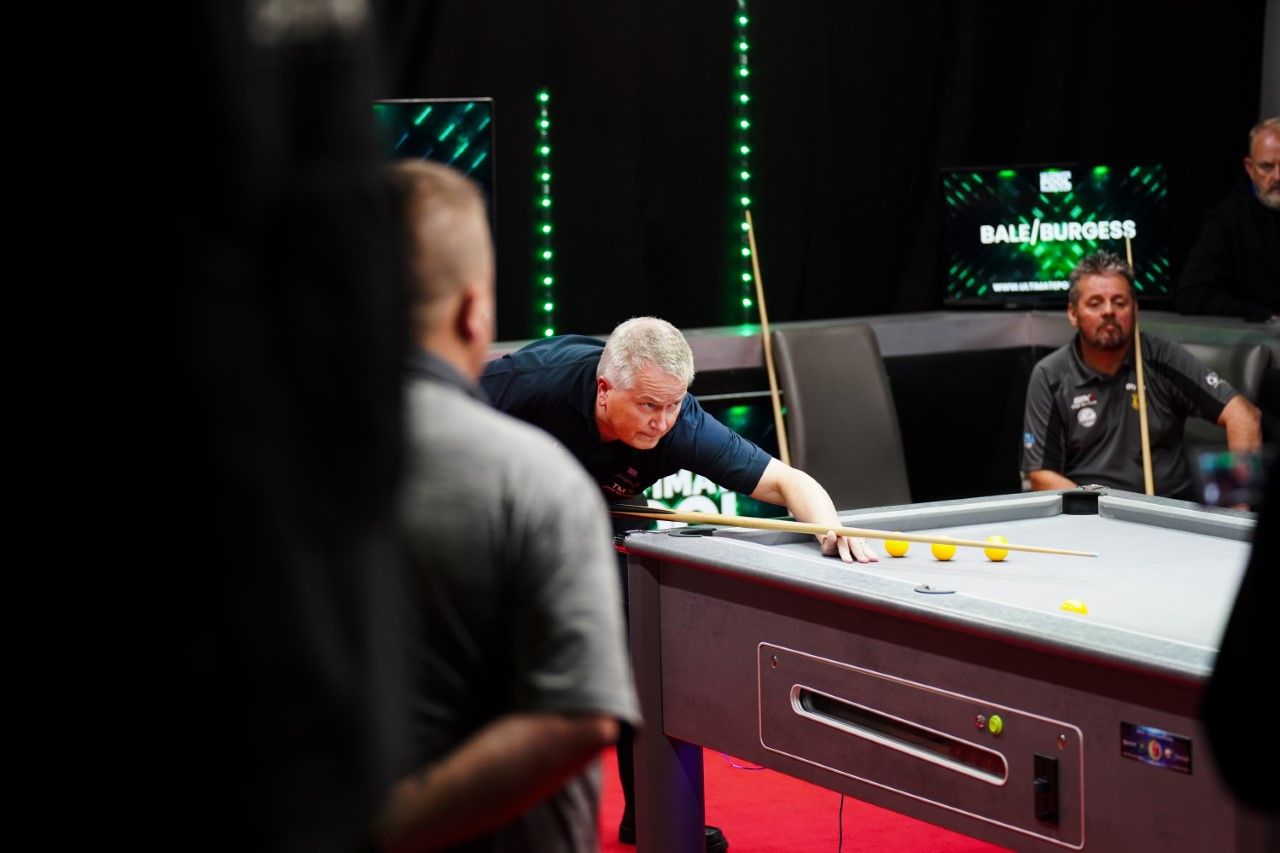 Bale & Burgess – Welsh international teammates who live near each other in Somerset – continued to work together very well, going about their business proficiently as they shaded McIntosh & Matthew 3-2 in a meeting of the two winning teams from session one.

Going into the final set of fixtures at the Players Pool & Snooker Lounge, the North-West duo of McNamara & Higgins were growing in confidence as they produced some very classy pool to end the hopes of the Scottish representatives with a 4-2 victory.

That triumph put them joint top of the table, but destiny was out of their own hands as they required the already eliminated Davies & Brierley to do them a favour and get maximum points in the last rubber. However, that is exactly what they did, as they ended a frustrating evening on a high note following a 3-1 win.

Consequently, it meant that for the fourth time in the tournament so far, a 6-reds shootout was needed to determine an outright winner. Electing to go first after claiming the lag, Bale & Burgess registered a competitive time of 26.82 seconds, but McNamara & Higgins – who posted a rapid 6-reds practice effort online last week – bettered it.

McNamara & Higgins become the first team so far to make it through to the last 16 despite losing their opening match. 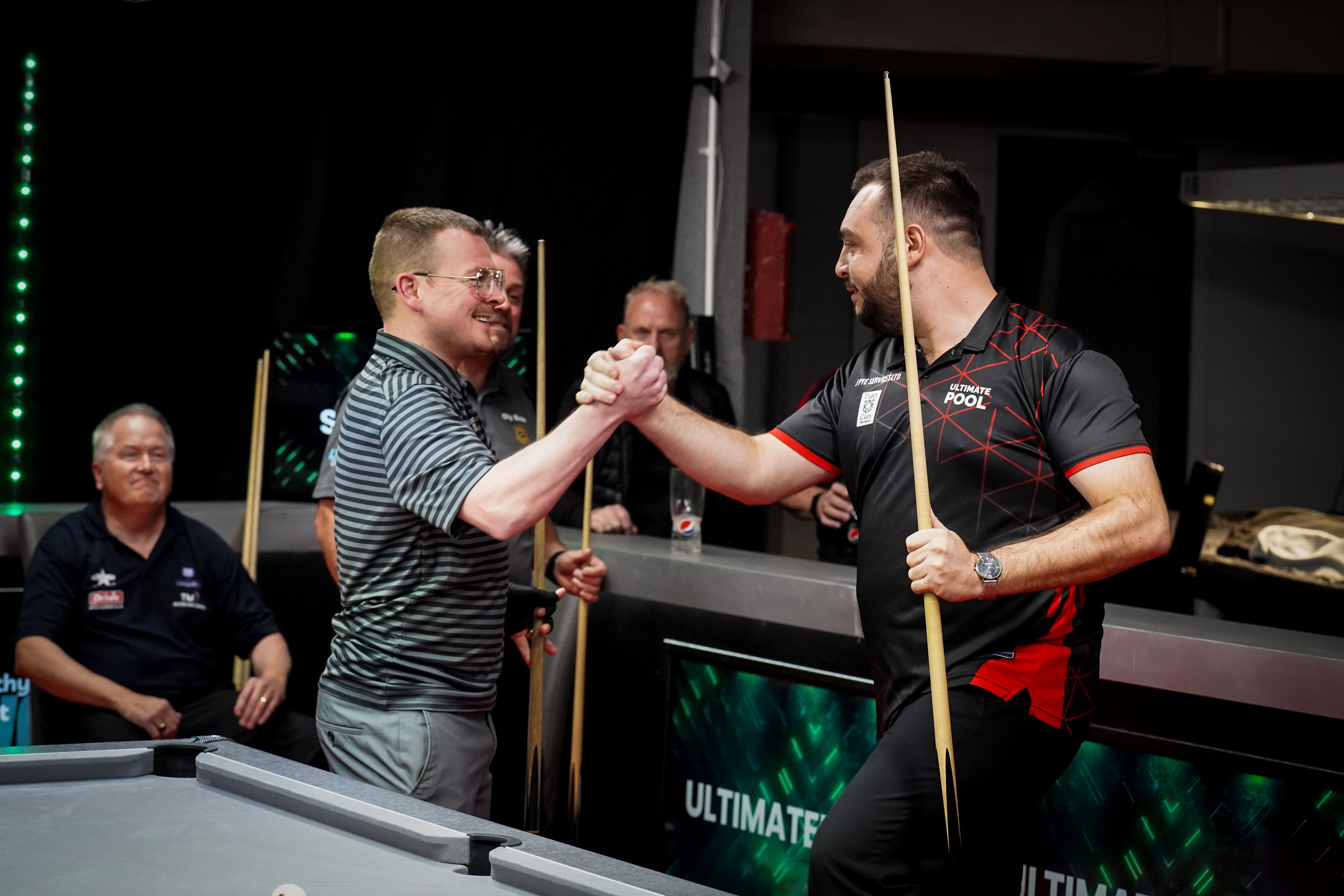