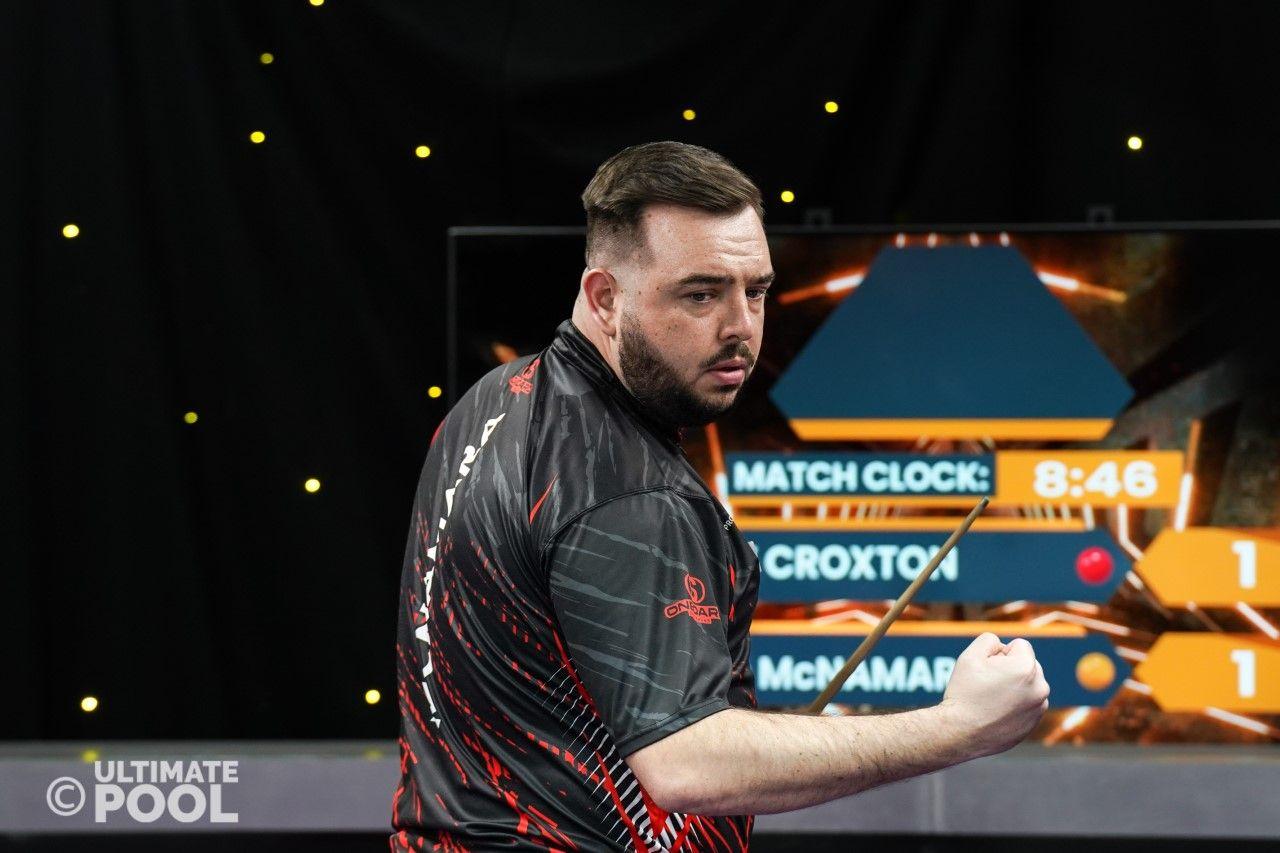 McNamara Advances to the Last 16 in Style

David McNamara produced arguably his best performance in front of the Ultimate Pool cameras as he won all three of his matches to finish top of Group 10 and qualify for the last 16 of the 2022 Vinny.co.uk Champions League.

The former world under-23 champion came into the event off the back of a regional tournament win at the weekend, but shortly before heading into the arena, he had to replace his tip after his previous one came off. However, this didn’t stop ‘Deej’ conjuring up some memorable shotmaking on his way to making it through to the second phase.

After qualifier Matt Cooke opened up the evening with an impressive 3-2 win over seed Jimmy Croxton, McNamara ousted fellow professional Brian Halcrow by the same scoreline. The experienced Halcrow – who has shown better form this season – stayed out in the arena and kept his hopes alive with a 3-1 victory over Croxton, a result which eliminated the latter.

In probably the match of the night, the opening session winners faced each other in a pivotal tie. Despite playing on live television for the first time, Cooke continued to look composed and classy, crafting two break clearances in frames one and three to lead twice. However, McNamara – who has form for producing the goods on Monday nights – break cleared in the fourth to square it up, before claiming the last two to take maximum points with a 4-2 win. The outcome could have been different, though, as the Runcorn star received a huge slice of luck by fluking a snooker in the final frame after missing a pot. 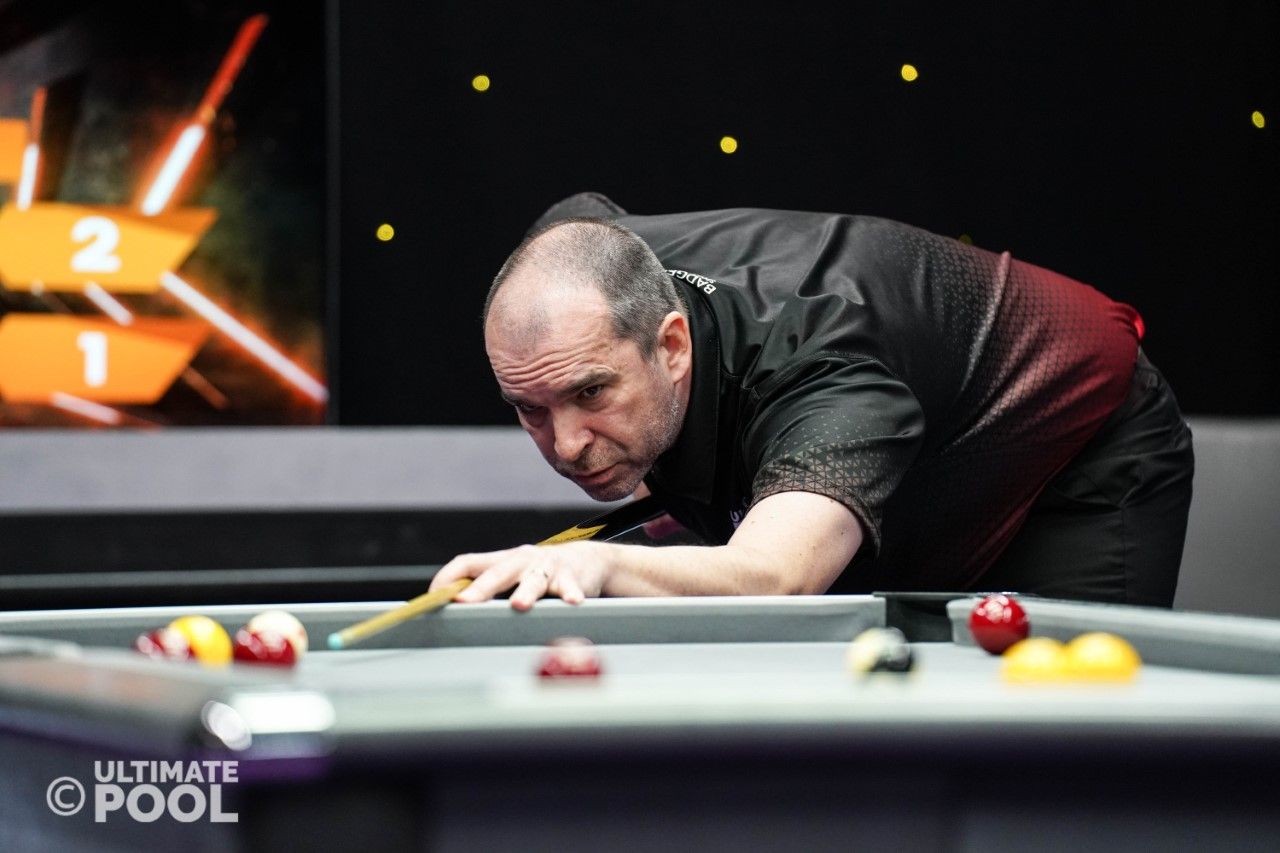 Going into the final set of fixtures, three players could still head the group at the end of proceedings. Cooke bounced back with success over Halcrow to move himself into joint-top spot with four points.

However, McNamara had destiny in his own hands, requiring only a point against Croxton in the final meeting of the group.

So often on Monday nights the player in control struggles or labours to the result they need, but there was no such trepidation from a confident McNamara, who got even better, stamping his qualification with a 4-1 win, including three break clearances and a reverse clearance.

In frame three, McNamara staked a claim for ‘Shot of the Championship’ by coming off three cushions to pot his last ball and obtain position on the 8-ball. You can view that shot here.

It is the second time that McNamara has won an opening phase group in this tournament having reached the last eight last year.

Attention now turns to this weekend’s Ultimate Pool Pro Series Events 3 and 4 in Birmingham. The action is live and exclusive only on ultimatepool.tv. Purchase a subscription here to access all the action, as well as the archived video library and feature content with the sport’s top stars. 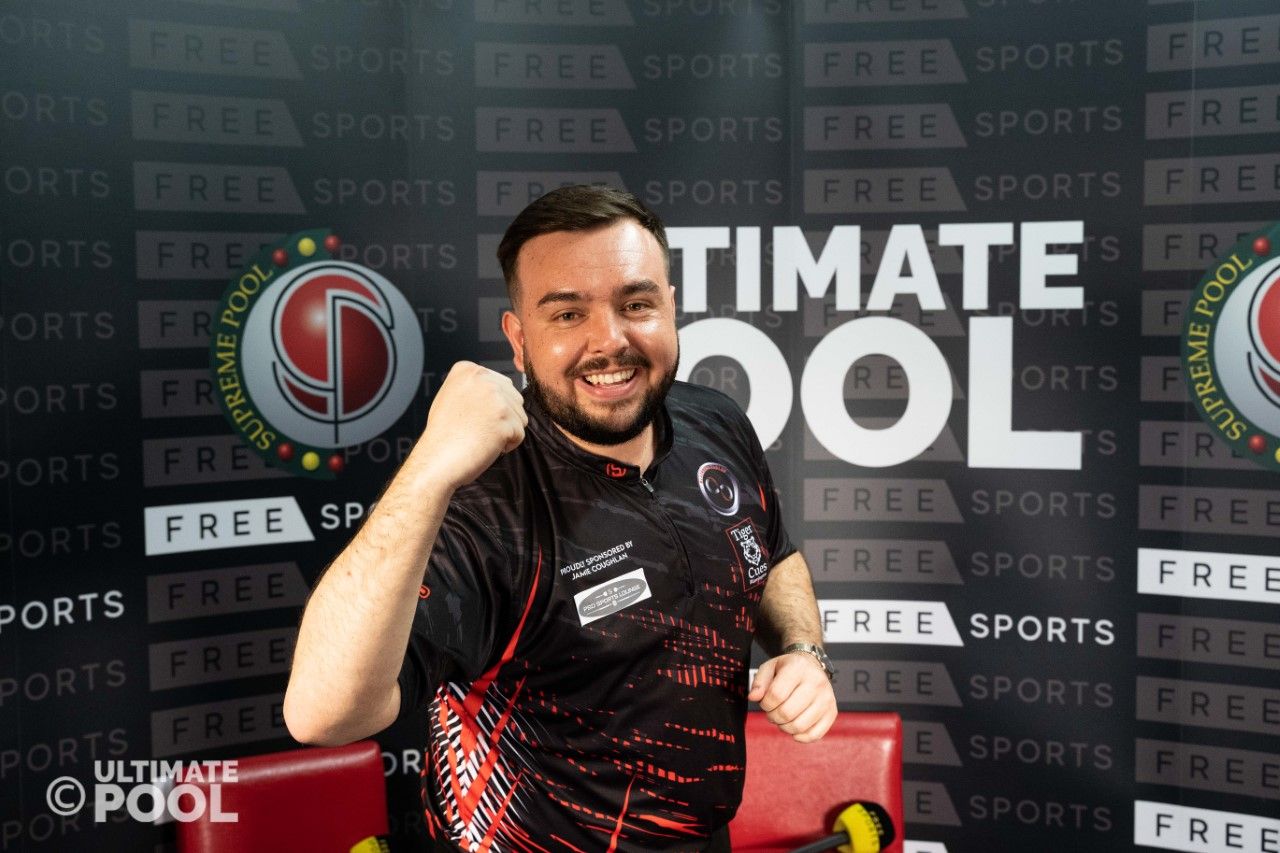