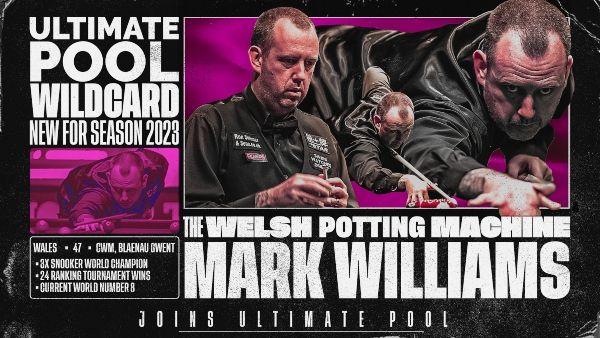 Three-time world professional snooker champion Mark Williams is heading for the Ultimate Pool circuit, and is set to make his debut as he teams up alongside Carl Morris in the Pairs Cup live on FreeSports and ultimatepool.tv on Monday 10th October.

One of snooker’s all-time greats – with 24 ranking titles and two invitational Masters triumphs to his name – Williams will also become an Ultimate Pool professional player for the 2023 season, competing in events around his schedule on the snooker circuit.

“The Welsh Potting Machine” is the first professional wildcard to be announced by Ultimate Pool for the 2023 campaign, with 8-ball pool’s top tier expanding in numbers once again.

Williams will partner 1998 WEPF World 8-Ball Pool Champion Morris – still the sport’s youngest-ever world champion – during Group 11 of the unique Pairs Cup. The duo will face very tough opposition in the shape of Adam Bassoo & Dave Fernandez, Lakesh Badhan & Ben Flack and Andy Blurton & Neil Raybone, as they aim to top the group and qualify for the last 16 phase later this year. 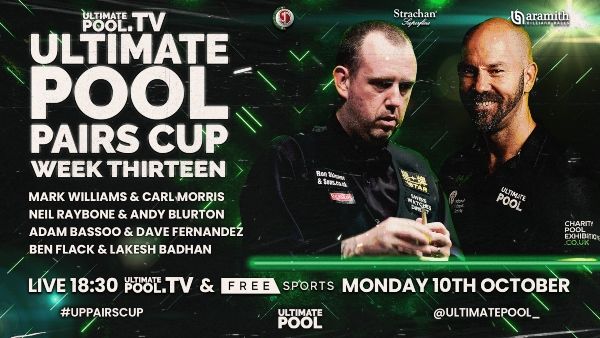 As well as several other major Ultimate Pool ranked events that he would be eligible to enter, Williams will be part of an 88-player professional roster for the ten-event Pro Series next year.

The current world number 8 said: “I’m really looking forward to giving the Ultimate Pool circuit a go. I have been playing a lot of 8-ball pool recently and it has been fun.

Ultimate Pool looks exciting to get involved with and I’ve been impressed with the events and high standard on show. It’s going to be very difficult for me, but I will enjoy the challenge!”

More professional wildcards for the 2023 season will be announced in the coming weeks. Applications to join the professional circuit are still open here.

Williams is the latest high-profile snooker player to enter the Ultimate Pool arena after appearances from Mark Selby in the Pairs Cup and Mark Allen in the Players Championship.