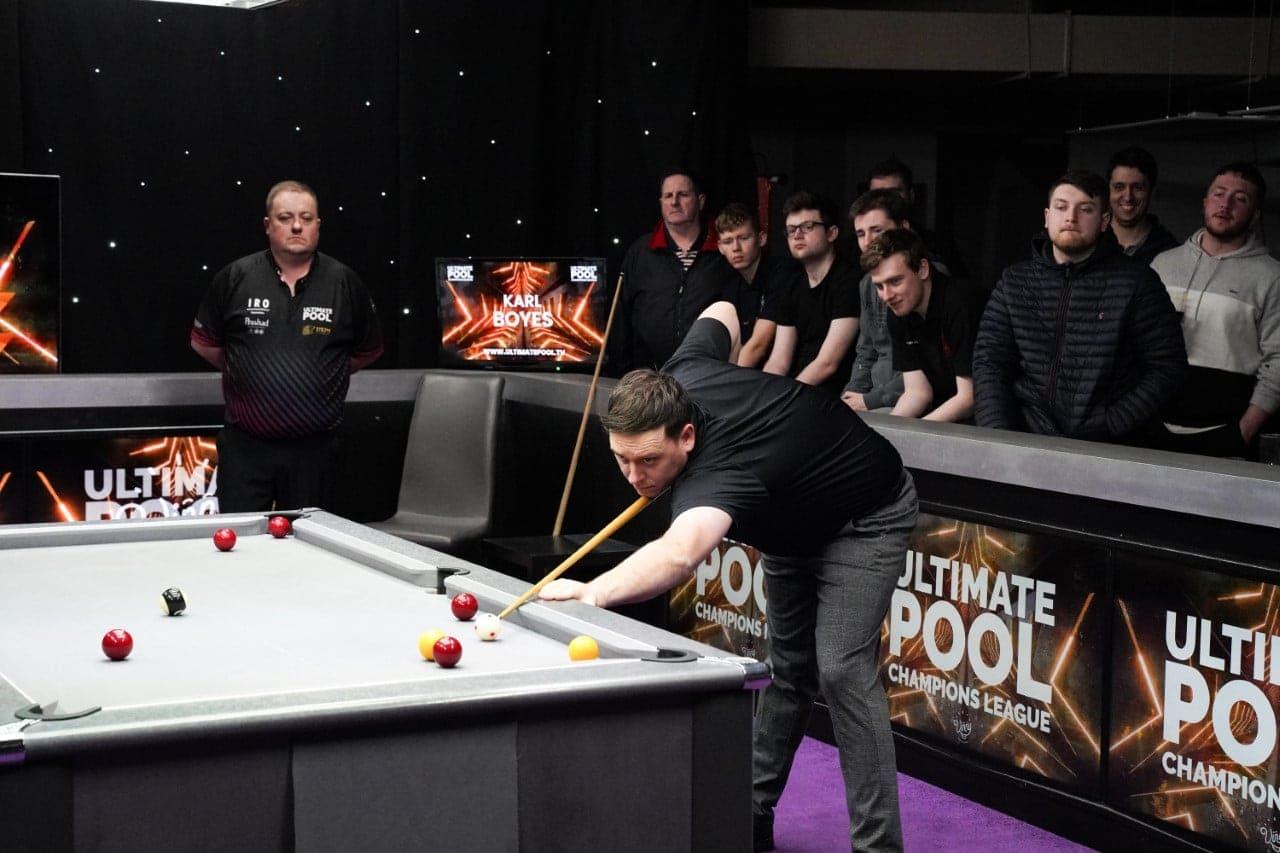 Four-time Mosconi Cup winner Karl ‘Box Office’ Boyes will once again grace the smaller table as he joins the Ultimate Pool professional ranks with immediate effect, making his top tier debut with the organisation at this weekend’s Pro Series Events 5 and 6 in his hometown of Blackpool.

One of pool’s biggest stars – for his contributions across different disciplines both in front of and behind the television cameras – Boyes initially made a name himself in the cuesports world playing English 8-ball pool where he became one of the sport’s top ranked players and a part of one of England’s greatest international squads of all-time.

The lure of the American Pool circuit in the mid 2000s saw Boyes add more strings to his bow, and it didn’t take him long to adapt and feature within the top echelons of the sport. He enjoyed a stellar career on the blue felt which included a quartet of Mosconi Cup wins with Team Europe, a dramatic World Cup of Pool victory for England in 2014, and several major singles titles such as the 2010 WPA World Eightball Championship.

In recent years, Boyes has hung up his 9-ball cue but still plays a massive part within the sport as a pundit and commentator – a role that he will continue to primarily adopt.

Boyes did dabble a bit with the English version of the game again in 2019 where he featured on the high-profile Supreme Pool Series, performing extremely well by winning the Supreme Masters and reaching the final of the subsequent Strachan Cup. 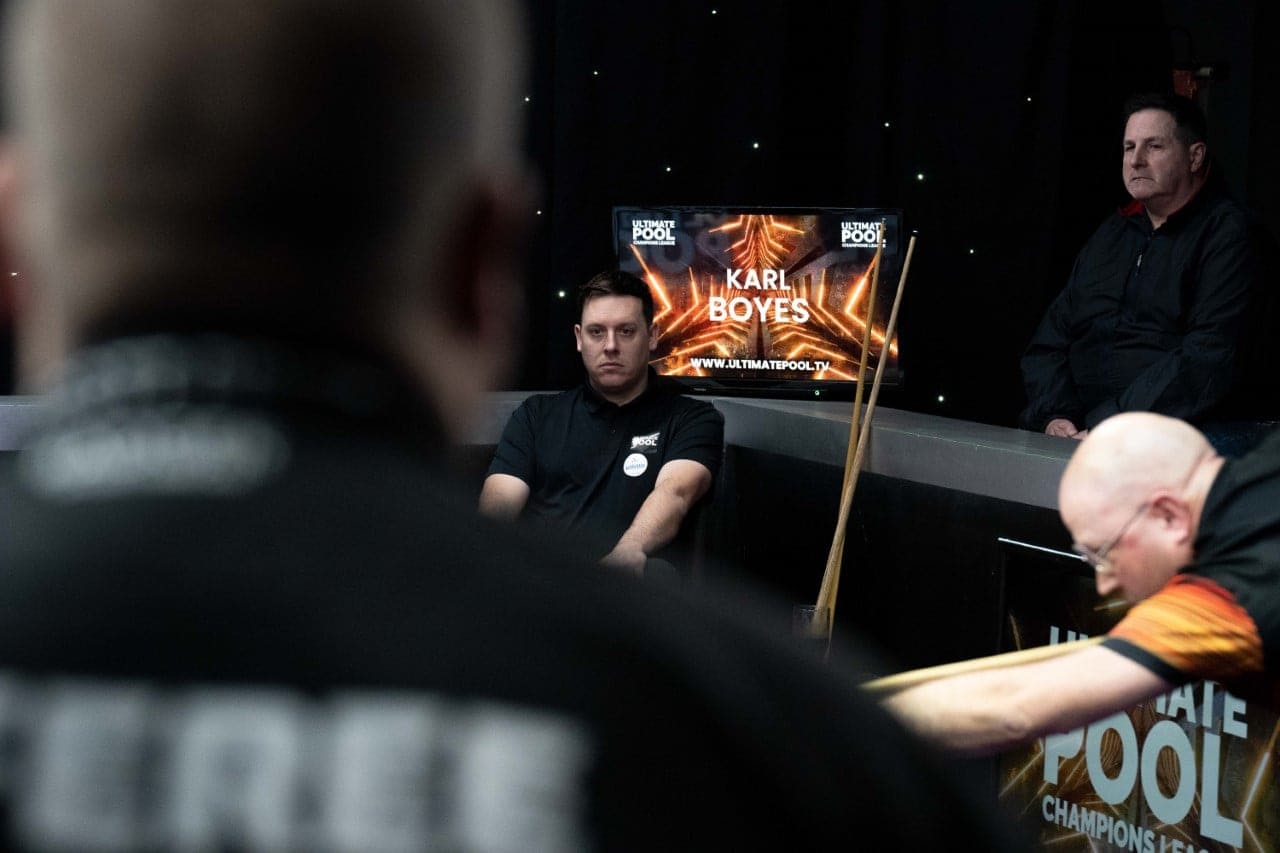 His newest challenge on the small table will begin this Friday morning at the Grand Hotel where he meets Rob Wharne in the preliminary round.

Boyes’ broadcasting duties elsewhere will continue to be his main outlet, but he is looking forward to entering as many events as he can and will prepare to compete with the world’s best small table exponents.

“I haven’t competed properly since the Supreme Series in 2019, but now I don’t play professional 9-ball anymore I’m available for Ultimate Pool events such as this weekend.” said an excited Boyes.

“I’m still going to be very busy travelling to and commentating on 9-ball events, but I’m not just going to turn up and expect to play in the Ultimate Pool events – I will have to put in time to prepare.

I’m too old in the tooth to say I’m going to do this and that, but during the Supreme Series and the recent Champions League I felt good at the table. With my experience in front of the cameras, I think I can handle myself well.” 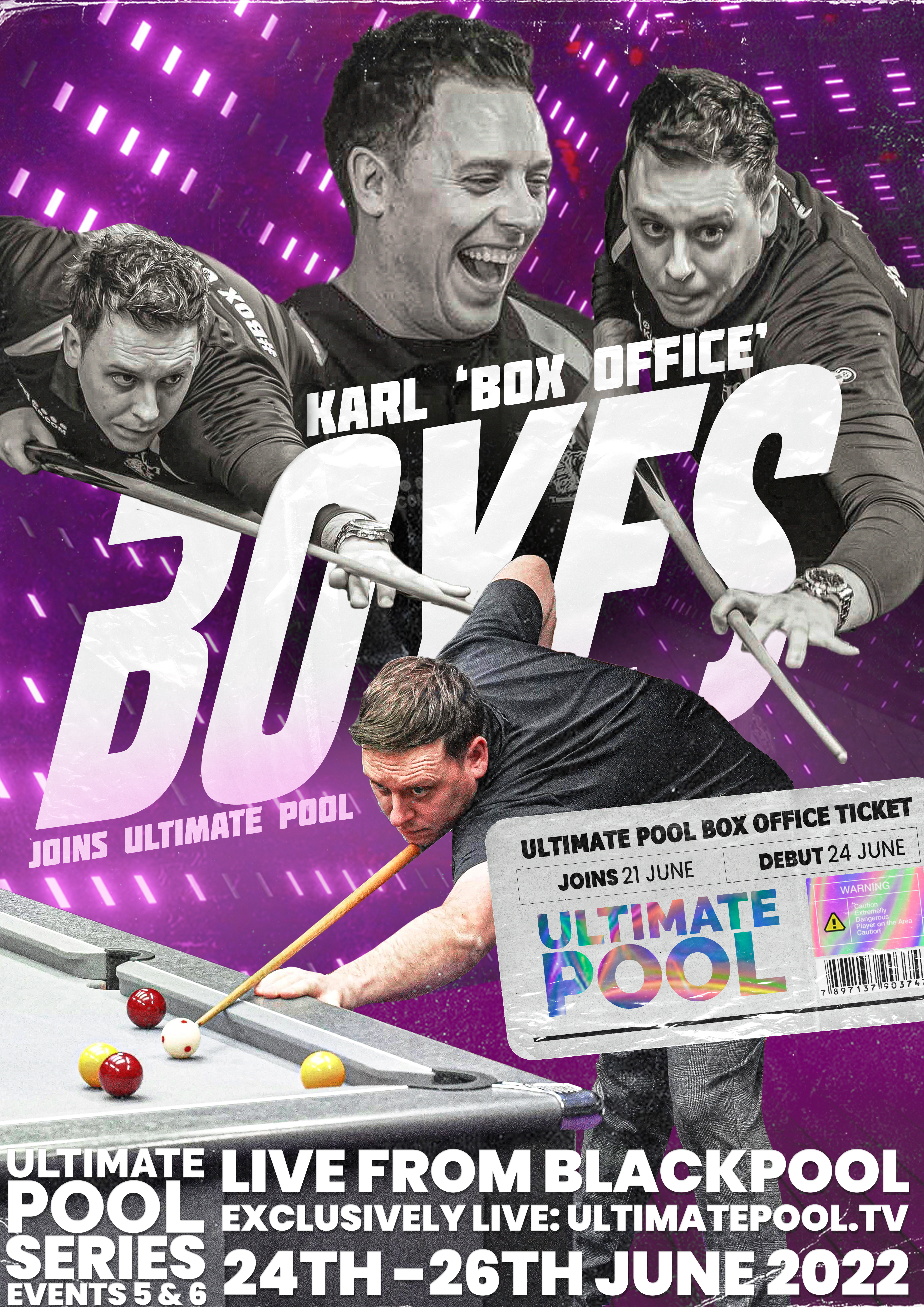