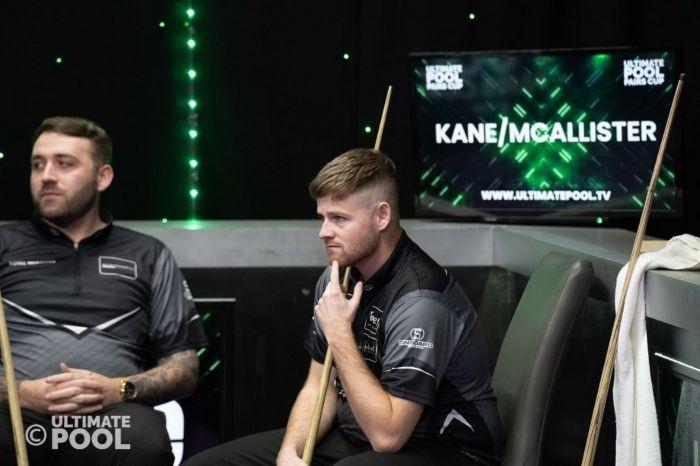 Joy for Josh & Jon in Week Four of Pairs Cup

It was titled a Group of Death, but Josh Kane & Jon McAllister won all three of their matches to finish top and qualify for the last 16 of the Ultimate Pool Pairs Cup in week four of the competition.

For the second consecutive year, the tight-knit duo from Coventry made it through the opening phase at the Players Pool & Snooker Lounge. They broke off the night’s action with a 2-1 victory over Del Redmond & Kevin George, although they could only watch as Redmond missed an 8-ball with just seconds left to seemingly secure a comeback draw.

They returned to the arena in match four for a meeting with the Scottish brothers team of Marc and Ryan Fleming who also won during the opening session. In another entertaining and quality affair, Kane & McAllister ousted it 3-2 to take control of the group.

The Flemings stayed out and defeated the already eliminated Redmond & George 3-2 to move onto four points and keep their hopes alive.

Going into the final match of the evening, three teams could still go through. The all-Ultimate Pool professional pairing of Dom Cooney & Luke Gilbert – who finished joint 5th during the inaugural staging earlier this year – were having a very eventful night.

They lost their opening match to the Flemings 2-1 before dramatically getting a 4-3 win over Redmond & George. There was a bizarre ending to the latter match with George aiming up at the 8-ball in the deciding frame to claim the tie with very little time remaining. However, he missed it and subsequently swore, which in the rules of this tournament is an instant loss of frame.

It meant that a win for Cooney & Gilbert in the final fixture would see a three-way 6-red shootout with a trio of teams on four points each. That particular scenario looked more likely when Cooney & Gilbert secured the opening frame, but a classy break clearance from Kane in the second frame changed the momentum as Kane & McAllister remained cool during a 3-1 victory to stamp qualification. 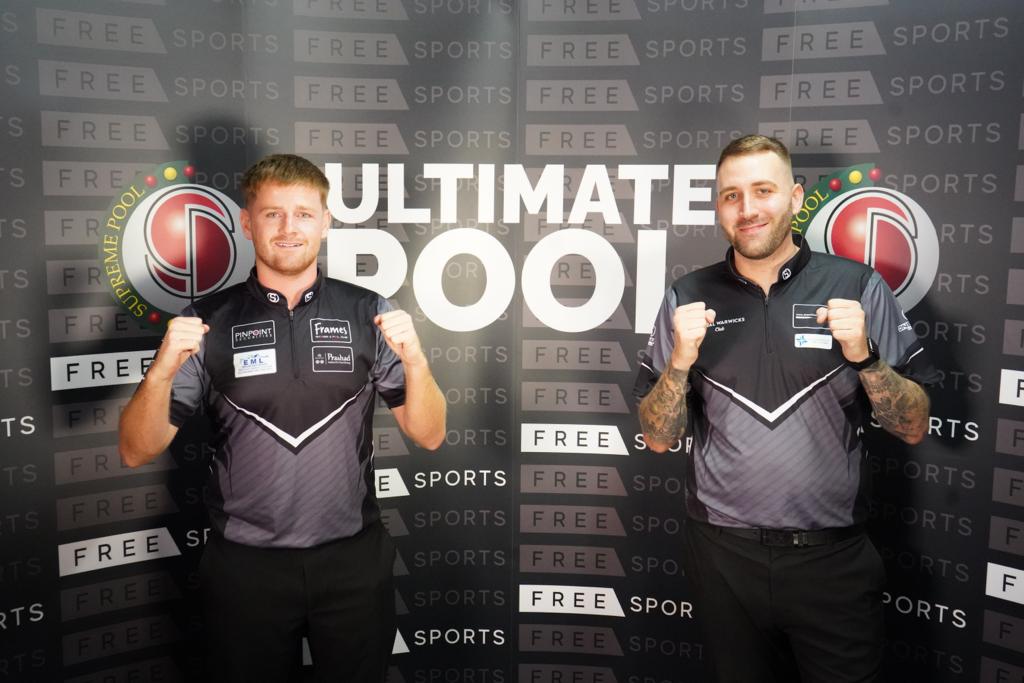