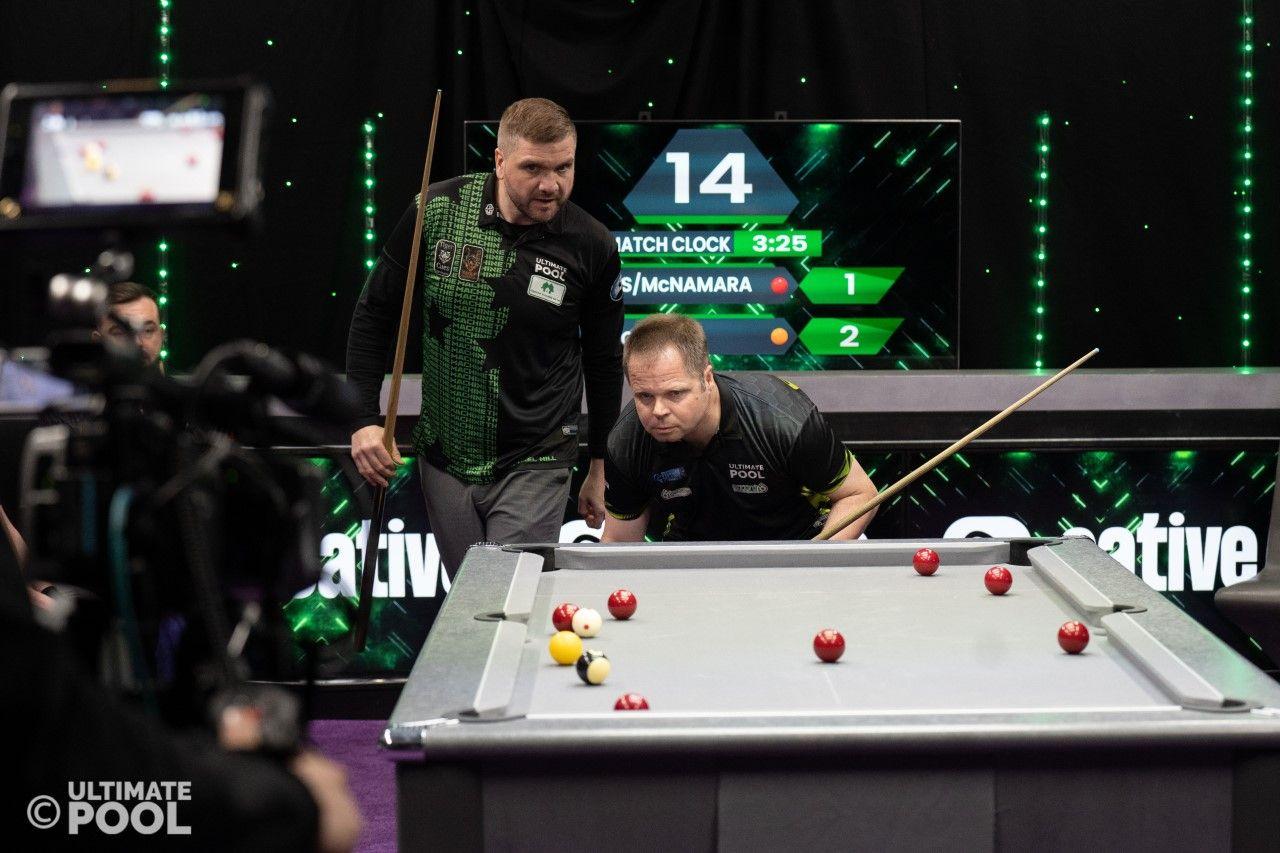 Michael Hill and Phil Harrison maintained their 100% record throughout the competition as they won the second last 16 group in the Eative Ultimate Pool Pairs Cup and progressed to Finals Night at the end of the month.

One of the tournament’s dream team duos, Hill and Harrison - who have seven world championships between them and a portfolio of other major titles - topped the toughest group yet.

Former world doubles champions Jack Whelan & Clint I’Anson would have been fancied by many to go all the way, but the East Midlanders needed to come back from 2-0 down to draw 2-2 and share the points with Group 9 winners David McNamara & Gareth Higgins.

In a clash of experience versus youth, Hill and Harrison showed patience and tactical nous to win a bizarre 15-minute plus opening frame – by far the longest of the competition – against rising stars Dom Cooney & Luke Gilbert. It was the only fully completed frame possible. 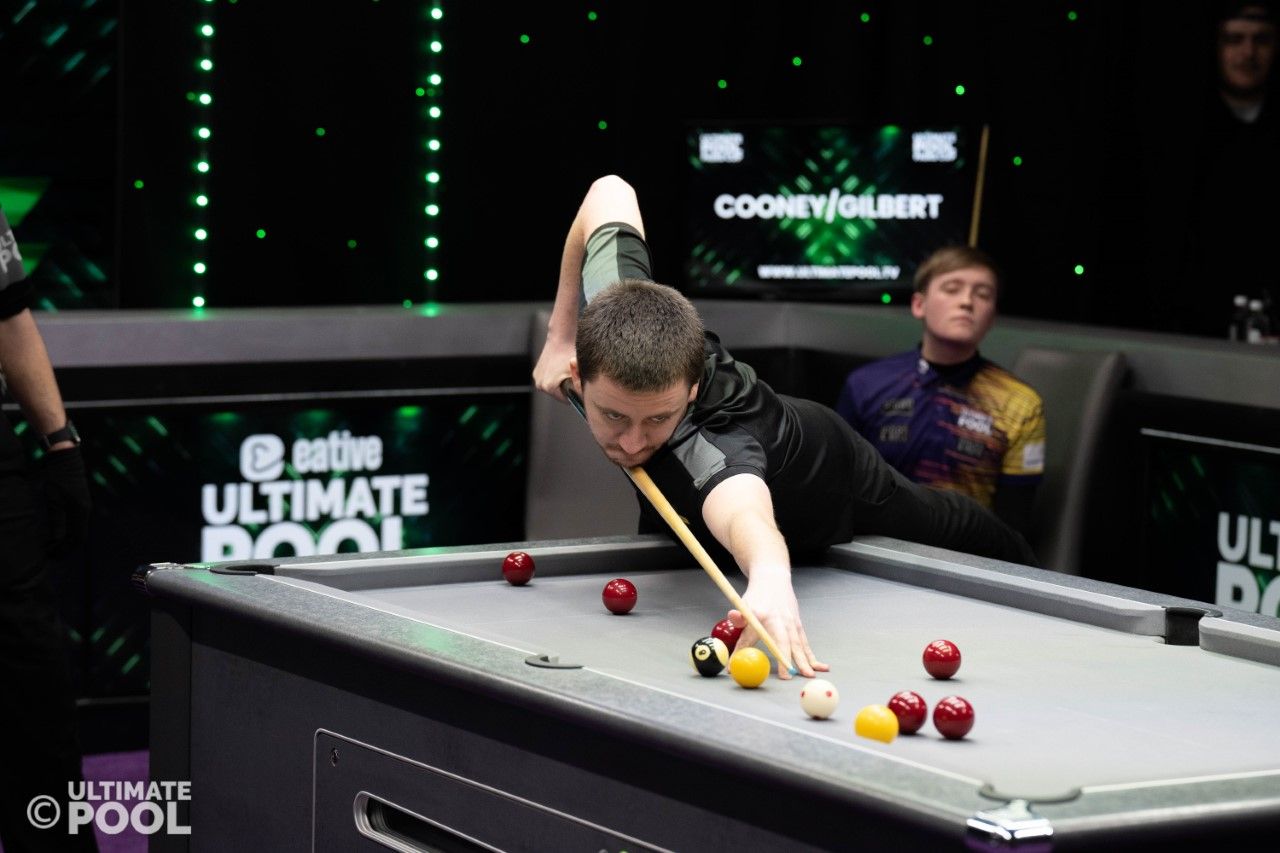 The youngsters stayed out and recovered well, though, going 3-0 up against Whelan & I’Anson. However, there was a dramatic conclusion to the match as Whelan & I’Anson tried staging another recovery, claiming frames four and five, although Whelan couldn’t quite restore parity, agonisingly leaving it too late to complete a break clearance in the sixth with just the 8-ball remaining on the table.

Hill & Harrison put themselves firmly in the driving seat as they defeated McNamara & Higgins 4-1, meaning that going into the final set of fixtures for the night, only two teams could still finish top of the table and go through.

Cooney & Gilbert kept their hopes alive by securing maximum points with a 4-1 win of their own against McNamara & Higgins but Hill & Harrison – despite having several nervy moments and needing to execute some exquisite pots – got the better of Whelan & I’Anson, 2-1. It meant that they finished with six out of six points, again.

Next week’s group (Monday 17th January) is another ‘group of death’ featuring Shaun Chipperfield & Karl Sutton, Josh Kane & Jon McAllister, Brian Halcrow & John Sullivan and Gareth Potts & Mark Selby. Action will be live from the later time of 2100GMT on FreeSports in the UK and ultimatepool for fans everywhere else. 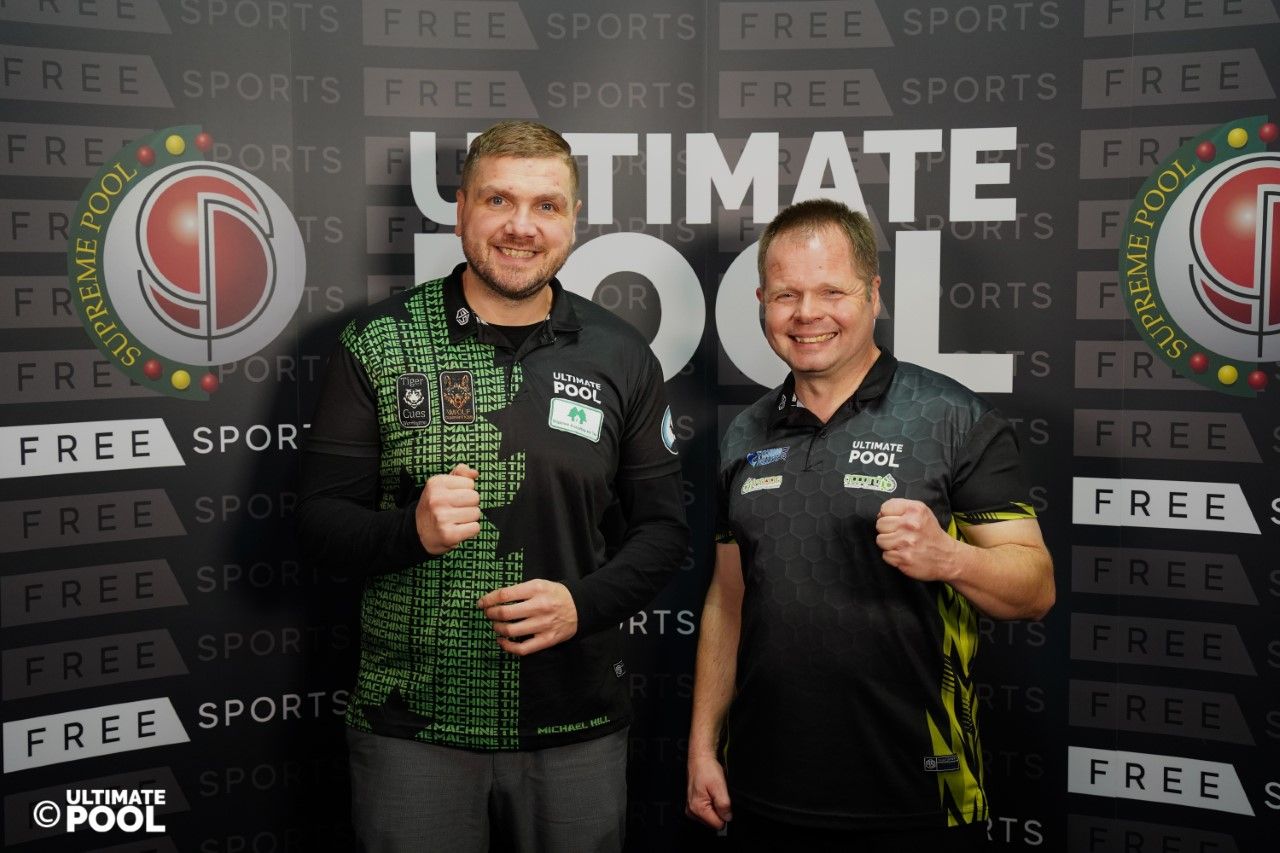