Halcrow & Sullivan Ease Through to Last 16

Brian Halcrow and John Sullivan formed a very potent partnership as they became the third team to book a place in the last 16 of the Ultimate Pool Pairs Cup.

Perhaps an unlikely combination due to their differing characters and styles of play, the Ultimate Pool professional player duo immediately gelled, winning all three of their matches and dropping just one frame to join Shaun Chipperfield & Karl Sutton and Josh Kane & Jon McAllister in phase two of the event.

Group 3 appeared very difficult to predict, and all four teams would have fancied their chances of topping the pool and making it through. The star of the show for the evening, though, was four-time European Tour event winning professional golfer Andy Sullivan who teamed up with Ultimate Pool professional Jordan Church. The former Team Europe Ryder Cupper has been an 8-ball fan and player for some time and practices on a table at his home.

Going into the final round of games, only Church & Andy Sullivan were eliminated having lost both of their matches.

McInnes & Lynn kept their feint hopes alive of qualification by defeating Patel & Badhan 3-1 to briefly go joint top on four points. However, destiny was out of their hands and they needed Church & Andy Sullivan to win in the last match of the night to force a 6-reds shootout.

Halcrow & John Sullivan would go better than just a point, though, maintaining their 100% record with a 4-0 victory to finish with maximum points and make a statement to all those left in the unique £32,800 competition. 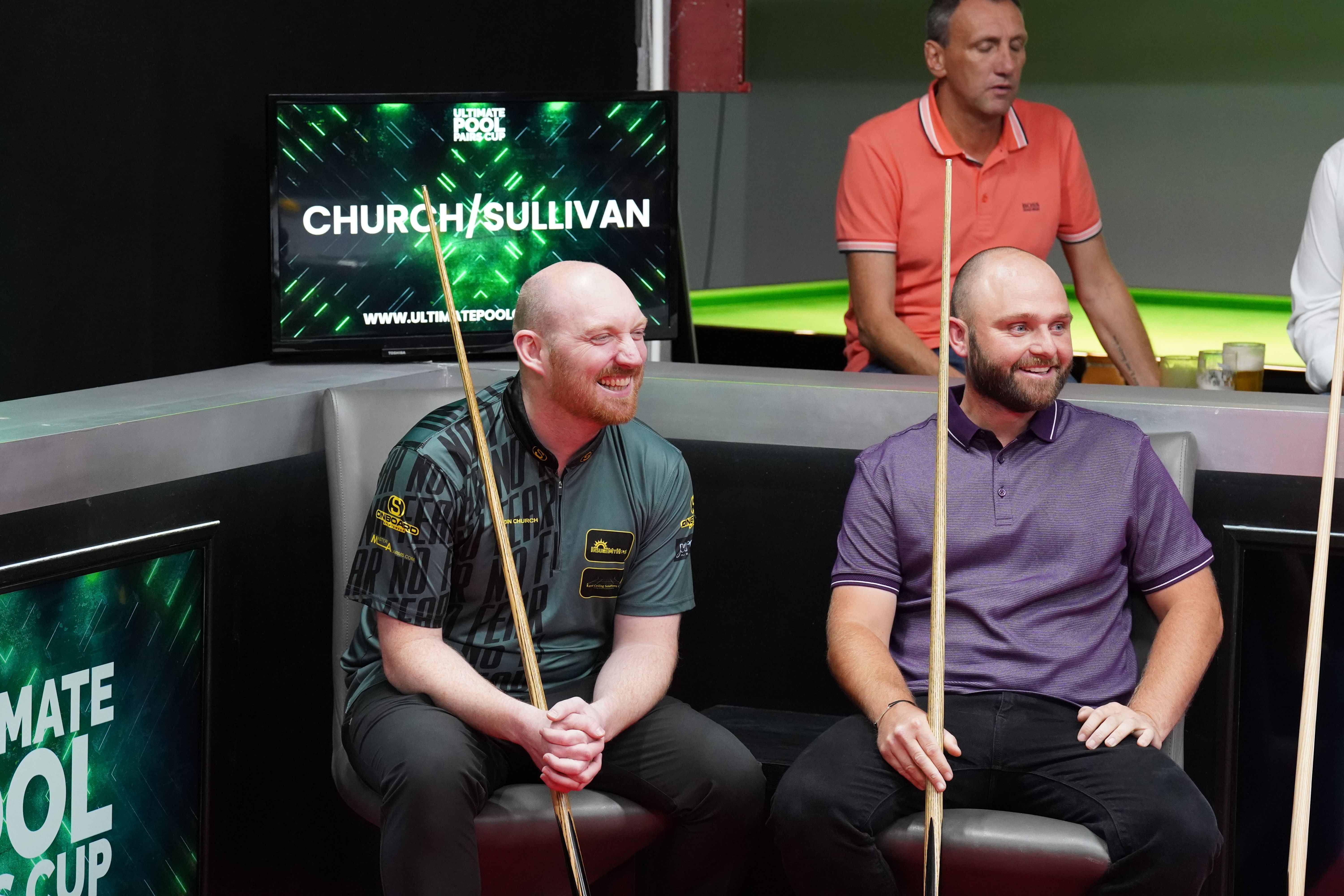