Aaron Davies is through to next week’s 2022 Vinny.co.uk Champions League Finals Night after he went undefeated to win the final last 16 group on Monday in Newcastle-under-Lyme.

The Englishman – who reaches the competition’s semi-finals for the second consecutive season – will join France’s Christophe Lambert, Wales’ Tom Cousins and the Republic of Ireland’s Stevie Dempsey for the climax of the 21-week tournament on the evening of Monday 27th June.

Former world junior champion Davies began the evening at Players Pool and Snooker Lounge with a 3-1 victory over Australian Jake McCartney – a performance in which he recorded two break clearances. 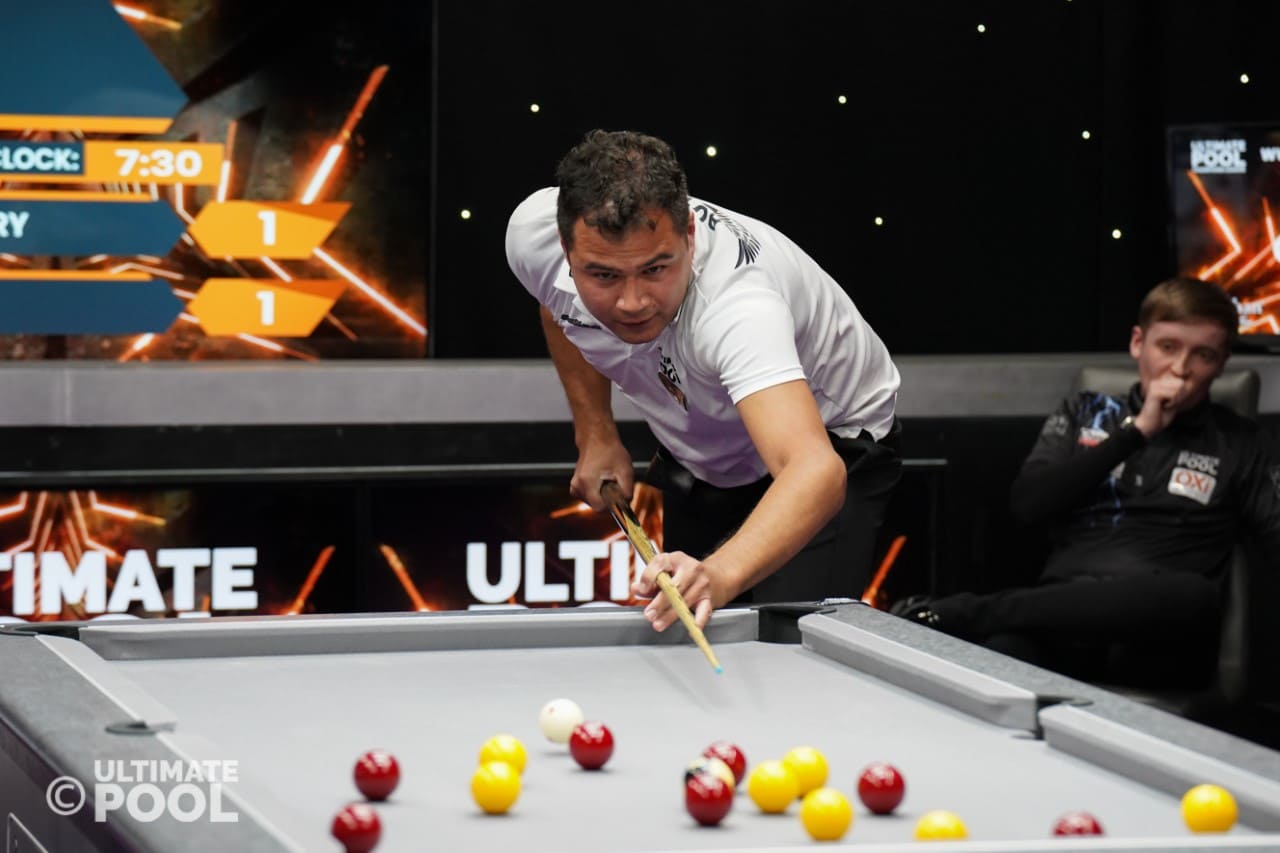 Following on the match table was fellow youngster Luke Gilbert who bounced back from losing a long but entertaining opening frame to upset number two ranked Shaun Storry, 3-2. Storry stayed out in the arena to face McCartney in a clash of Pro Series event winners, keeping his hopes afloat with a 3-2 victory.

The often pivotal fourth match of the night saw the opening session victors meet each other. Gilbert was left to rue a miss on the 8-ball in the first frame for a reverse clearance as Davies capitalised and eventually ran out a comfortable 4-0 winner to take control of the group.

With a three-way 6-red shootout still possible, world under-23 champion Gilbert came from behind twice to finish strongly as he inflicted a 3-2 defeat of McCartney to also move onto four points.

However, Davies was the one with destiny in his own hands, and despite several tense moments in the final fixture, he denied both Gilbert and Storry the tiebreaker as he drew with the latter, 2-2, to top the group with five points.

Next week, Davies will play Lambert after Cousins faces Dempsey. The Finals Night format changes to straight knockout with matches the best of two sets (first to four frames or the score after 20 minutes). The overall winner will claim the major televised title and a £10,000 top prize.