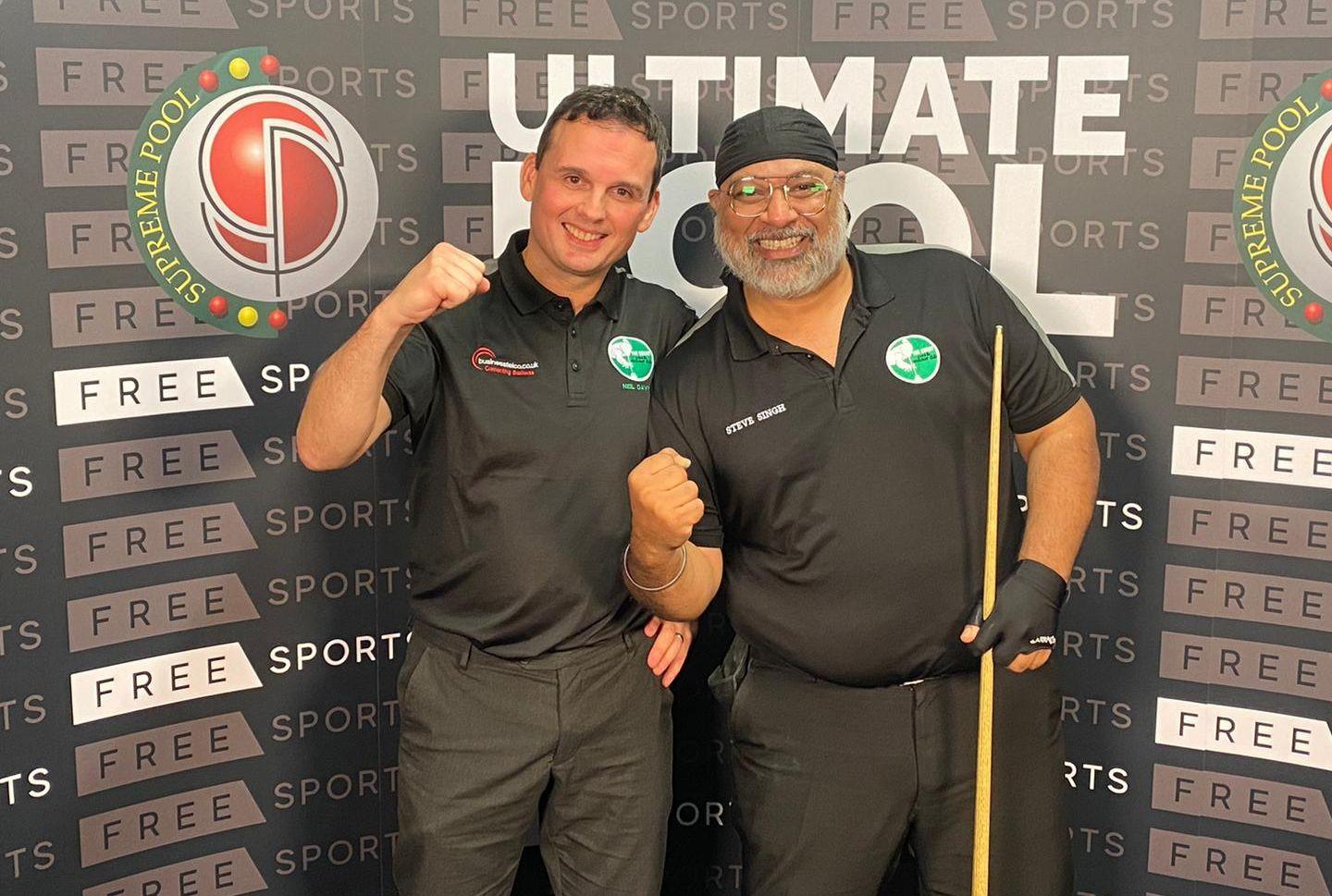 On more than one occasion they appeared to be heading out of the competition, but Neil Davey & Steve Singh somehow managed to hold on and qualify for the last 16 phase of the Eative Ultimate Pool Pairs Cup on Monday night.

The conclusion of Group 8 in this unique £32,800 event signaled the halfway point of the opening phase, and it was decided by the competition’s third 6-reds shootout.

Another difficult section to predict a winning team, Davey & Singh began the night in Newcastle-under-Lyme with a 2-1 victory over Lee Briscoe & Glenn Cahir before the duo of Nigel Clarke & Oussama Masskini defeated Emma Cunningham & Amy Beauchamp 4-1 in the first set of fixtures.

Cunningham & Beauchamp – who have eight world women’s championships between them – stayed out in the arena and kept their hopes alive with a 2-1 triumph over Briscoe & Cahir.

In a crucial meeting of the two opening winners, Clarke & Masskini maintained their 100% record and took pole position following a 2-1 win against Davey & Singh.

With destiny now out of their hands, Davey & Singh met their end of the deal with a 4-0 victory over Cunningham & Beauchamp, but were now relying on the previously pointless and already eliminated Briscoe & Cahir getting full points off Clarke & Masskini.

Against the odds, that’s exactly what happened. With the score tied at 1-1 and under a minute remaining on the match-clock, former world championship finalist Clarke potted a thin 8-ball, only to see the cueball flick off another ball and go into a corner pocket. There wasn’t enough time in frame four for them to salvage the point they needed.

Therefore, the group would be decided via a shootout, and despite the duo with a combined age of 106 years electing to go first and posting an under-par time of 32 seconds, Clarke & Masskini could not better it with their response and it was Davey & Singh going through by the skin of their teeth.