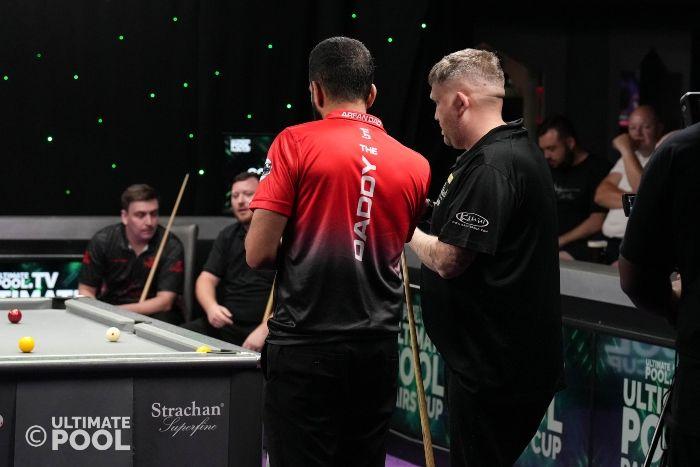 Arfan Dad & Craig Waddingham finished the night with a 100% record as they won Group 5 of the 2022 ultimatepool.tv Pairs Cup and qualified for the last 16 of the unique doubles event.

The duo – who came joint fifth during the inaugural edition of the tournament – started the night as second favourites to win the group, but they impressed again as they won all three of their matches and dropped just two frames in the process in front of the live television cameras.

They began with a straightforward 4-0 victory over Will Ludbrooke & James Parker and then later returned for a pivotal match where they defeated Welsh internationals Elliot Combe & Tom Price, 4-1. 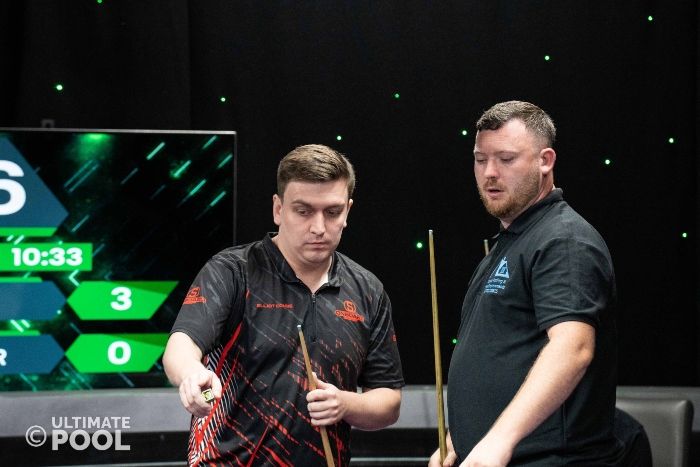 Going into the final session at the Players Pool & Snooker Lounge in Newcastle-under-Lyme, three teams could still advance, and that was still the case heading into the final fixture as Combe & Price kept their hopes alive with a 4-0 win over Ludbrooke & Parker to move on to four points. 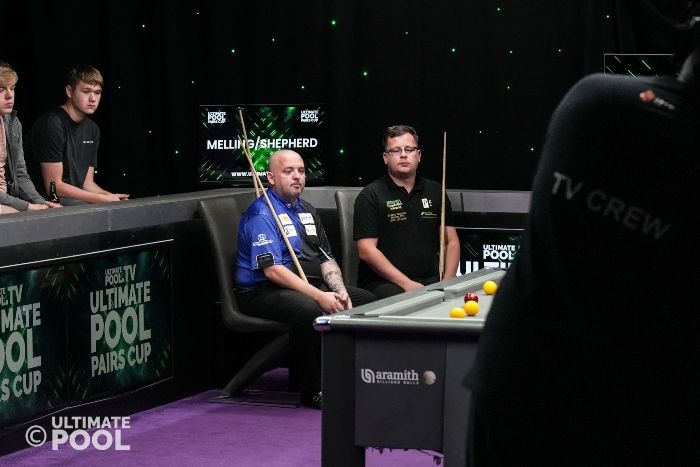 A win for Melling & Shepherd in match six over Dad & Waddingham would have meant three teams tied on the same points, and only the second-ever three-way 6-red shootout in Ultimate Pool pairs play.

However, Dad & Waddingham were in no mood for those dramatics, as they were cool and clinical during the crucial opening three frames in a 3-1 win.

It is the second year running they have come top of a phase one group in the competition.