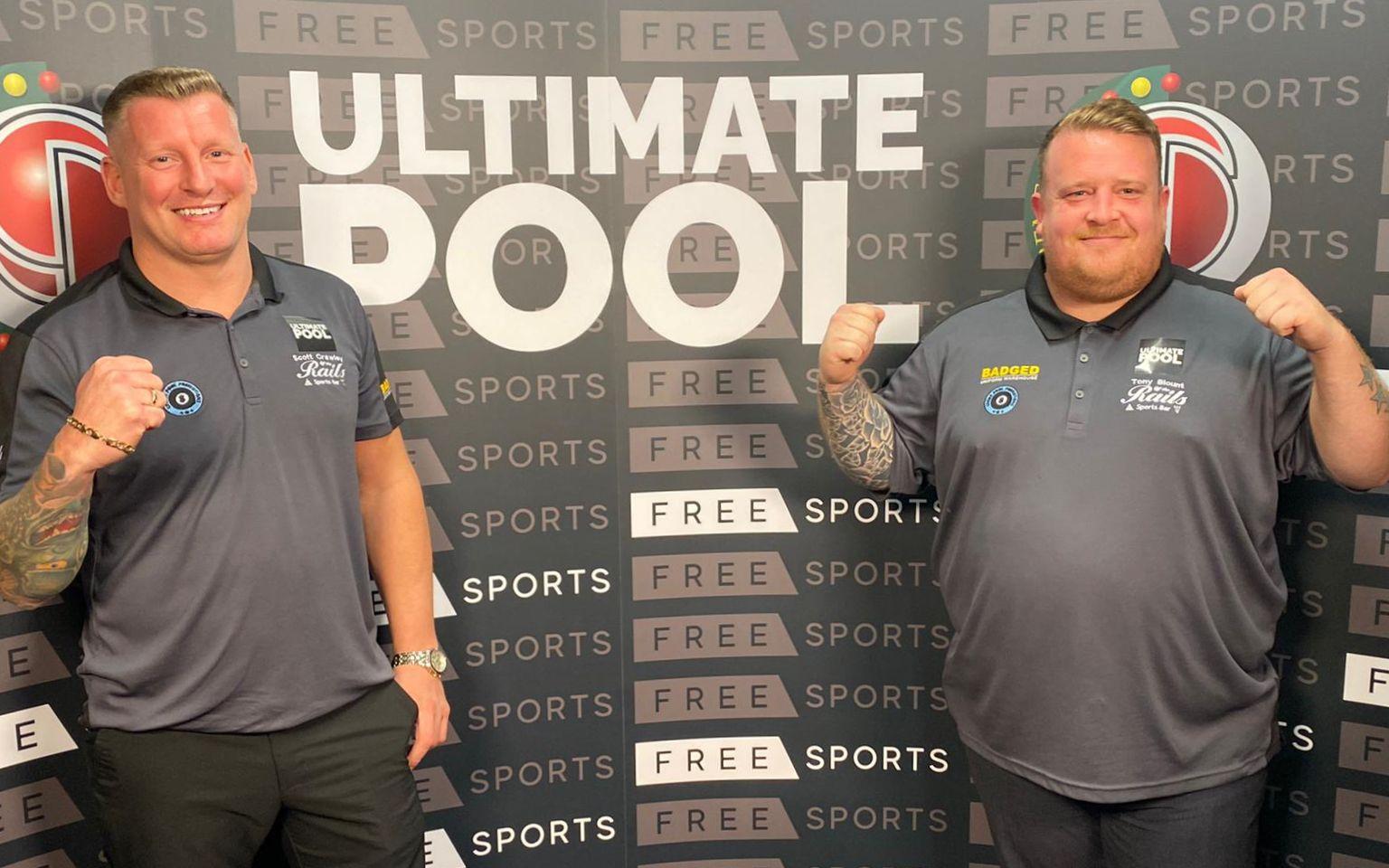 Scott Crawley & Tony Blount sprung a big surprise as they won Group 6 of the Eative Ultimate Pool Pairs Cup to book a place in the last 16 of the unique £32,800 doubles competition.

The Crewe-based duo came into the night as arguably the outsiders, but they upset the odds by winning all three of their matches, exhibiting some incredible shotmaking skills along the way.

Action at the Players Pool and Snooker Lounge began with a dramatic opening session. In the first match it appeared as if Jake-Dylan Newlove & Toby Bolt were cruising to maximum points as they led Crawley & Blount with only minutes remaining. However, the tie was squared up at 2-2, and in an almost unbelievable finish, Bolt somehow inadvertently potted the 8-ball with seconds left on the match-clock to gift his opponents a very unlikely victory. With time wearing thin, Bolt didn’t even need to play the shot in question.

Next up was the partnership that most tuned in to see – two-time World Champion Chris Melling and reigning European and World Blackball Champion Scott Gillespie – who began against Kevin Kirkham & Rob Sim.

The group favourites were on easy street at 2-0 up but they only just escaped with the win when Kirkham was forced into an unsuccessful table length double on the 8-ball in frame four which would be the last shot of the match.

The Cumbrian pair stayed out in the arena but would be eliminated as Newlove and Bolt bounced back in style from their earlier disappointment with a 4-0 victory to keep in the chase.

Match four would be the biggest shock result of the tournament so far as the inspired Crawley and Blount combination conjured up some amazing shots on their way to a 4-1 win over Melling & Gillespie – despite losing the opening frame.

That result meant that ‘Broski’ and ‘Big Juicy’ had destiny in their own hands, and when Melling & Gillespie drew 2-2 with Newlove & Bolt in match five, they were already assured of topping the group before the final fixture of the evening.

With pressure relieved, Crawley & Blount came from behind for the third time to defeat Kirkham & Sim 3-2 to maintain their 100% record and ice a very memorable evening for the pair.