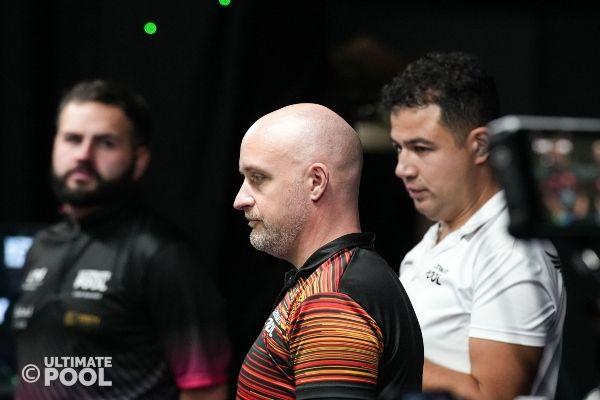 For the second successive year, Shaun Storry & Chris Day qualified for the last 16 phase of the ultimatepool.tv Pairs Cup.

The good buds won Group 13 of the competition on Monday night, finishing with a 100% record and dropping just two frames in the process.

Storry & Day broke off festivities in Newcastle-under-Lyme with a well-controlled 2-1 victory over Gaz Royds & Dave Stock before Neil Davey – a group winner in this event last year - & Jimmy Gillespie caused an upset as they defeated Jack Whelan & Callum Singleton 3-2.

Pro Series winner Whelan and Challenger Series number one Singleton bounced back with a 4-0 win over Royds & Stock to keep their hopes alive in match three. 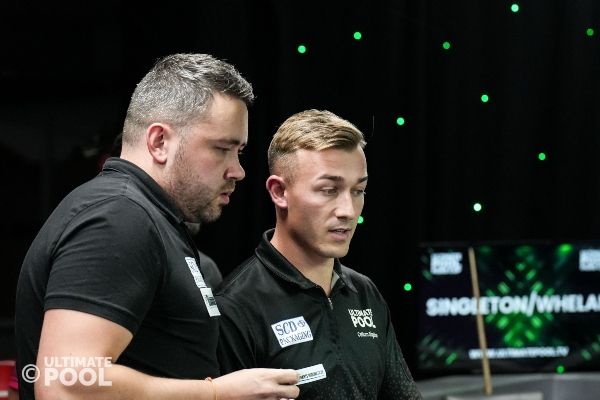 In a pivotal match four between the two opening session victors, Storry & Day once again showed great composure to get the better of Davey & Gillespie with a 3-1 success.

Heading into the final set of fixtures for the evening, three teams could still go through, although the table toppers were in control. Three became two, though, when Davey & Gillespie lost to a gallant Royds & Stock – who were already eliminated - 3-1.

A big clash in the last match, Storry & Day needed only a point to go through automatically, whilst Whelan & Singleton had to win to force a 6-red shootout. Autopilot and CD began perfectly with a break clearance and a reverse clearance, and later recorded a 3-0 triumph for a clean sweep of wins to underline one of the most efficient performances of the event so far.

The session completed a very pleasing few days on the baize for number two ranked professional Storry after a very difficult time having recently lost his mother. At the same Players Pool & Snooker Lounge venue the day before, Storry defeated Singleton 2-0 (sets) in a brilliant final to win Group 8 of the Players Championship and qualify for Finals Weekend in November. 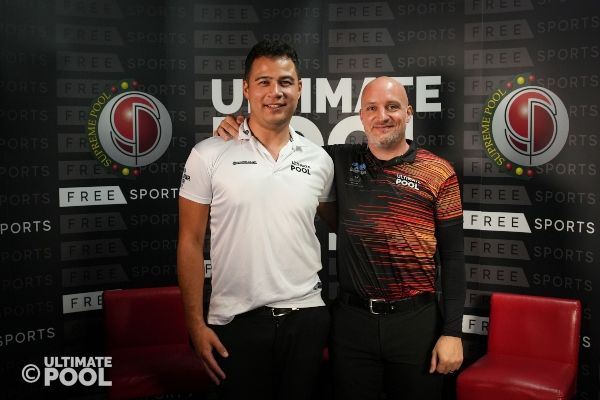