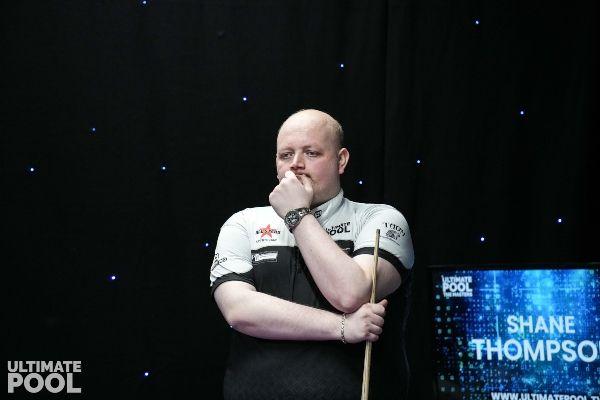 Ultimate Pool number one professional Shane Thompson showed grit and determination as he came from behind in both matches to win the opening group of the 2022/23 ultimatepool.tv Masters and qualify for the last 32.

The second edition of the Masters broke off on Wednesday night at Players Pool & Snooker Lounge. Now a professional ranking event, 128 players are set to compete with the tournament featuring three phases. All the action is live to subscribers on ultimatepool.tv.

The evening in Newcastle-under-Lyme began with Clint I’Anson - one of the sport’s most successful players over the past decade – facing a tough match against the dangerous Richard Twomey.

Both players struggled to settle despite the lead going back and forth, but it was I’Anson who secured the final two frames to oust it 7-6. 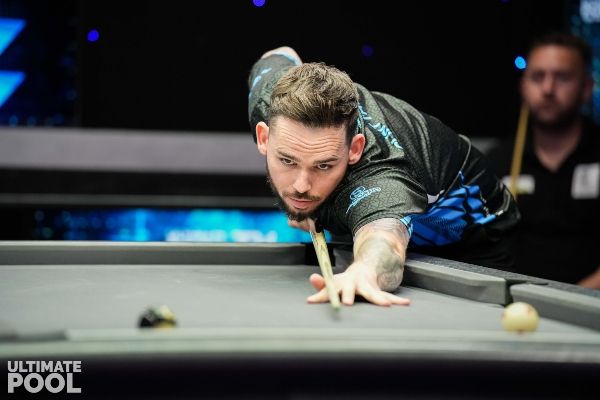 Winner of an incredible three Pro Series titles in 2021, Thompson was next up to play promising youngster Callum Kendall – a reigning European junior champion.

That set up a blockbuster group final between I’Anson and Thompson. The former opened the match with a golden break before extending his advantage to 3-0. Back came ‘The Safecracker’ with the next two frames, but I’Anson again created three-frame cushions at 5-2 and 6-3.

Momentum began to shift, though, as the match entered the closing stages. Thompson chalked up three successive frames (including a break clearance and a golden break) to draw level at 6-6, although I’Anson moved to the hill with a break clearance to make it 7-6. He then had the opportunity to finish it in frame 14, but whilst on a reverse clearance, he missed his penultimate red.

Thompson was ready to pounce. Under pressure, he cleaned up to force a deciding frame, and when I’Anson broke dry in frame 15, he reverse cleared to seal a dramatic 8-7 win and advance to the second phase of the tournament. 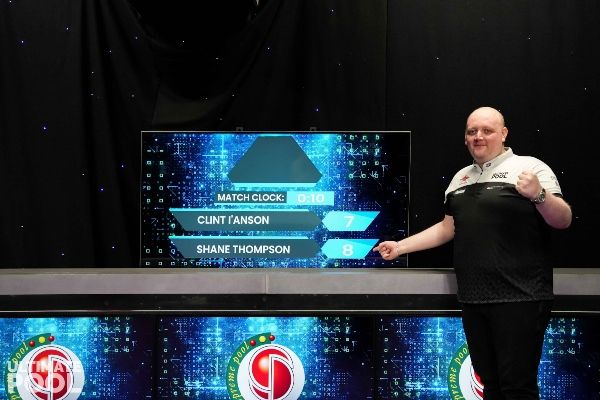