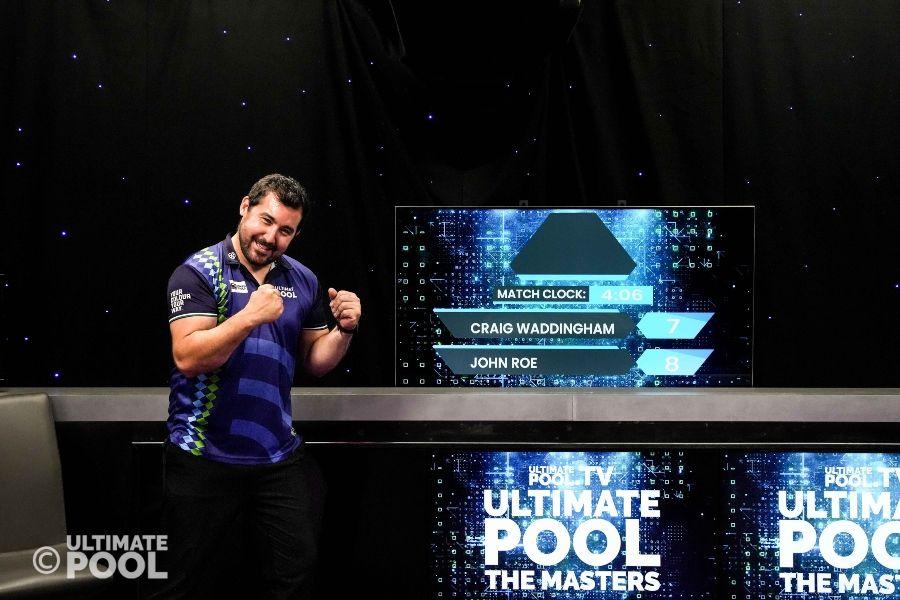 John Roe won Group C of the 2022/23 ultimatepool.tv Masters, coming through a group final classic against fellow professional Craig Waddingham to qualify for the last 32 of the event.

There was a quick start to proceedings in Newcastle-under-Lyme as Grand Slam finalist Waddingham defeated amateur Shane Rowley 8-2 inside 28 minutes, racking up two break clearances and three reverse clearances along the way.

Next into the arena was 2012 world champion Roe, but he experienced a tougher time in getting past another amateur in the shape of Ryan Hopkinson.

Hopkinson asserted himself well early on, crafting a break clearance on his way to a 3-2 lead. However, Roe’s wisdom seemed to be the difference during the middle chapters, and despite a brief rally near the end from his opponent, it was Roe who advanced 7-5.

The first group final in this year’s event to involve two Ultimate Pool professionals, there was an incredibly high standard early on with six of the opening seven frames seeing either a break or reverse clearance.

At 5-2 up, though, Waddingham threatened to record another rapid victory, but the match turned in frame eight when he surprisingly failed to complete another reverse clearance to extend his advantage.

It would be a catalyst to restart Roe’s campaign. ‘The Ringer’ strung together four consecutive frames to take the lead and later got to the hill first at 7-6 before former World Masters winner Waddingham forced a deciding frame.

Waddingham potted a crucial ball off his break in frame 15 and would have been relatively pleased when he later played a safety shot in the same visit. However, Roe came to the table and coolly constructed a precise finish under pressure to dramatically claim the match 8-7. 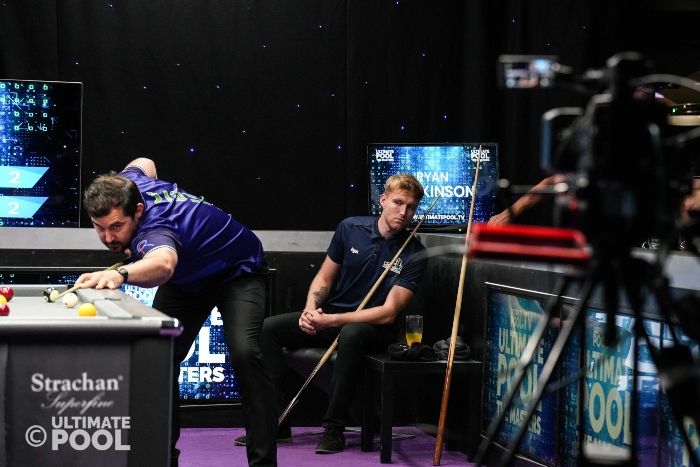