A total of seven titles and over £100,000 in prize money was won at the Hilton Metropole in Birmingham last weekend during the latest stop on the 2022 Ultimate Pool Series.

Over 400 cueists travelled to England’s ‘second city’, with the Professional, Challenger and Women’s Series’ being on the schedule, as well as the inaugural 3-Player Team Championship. 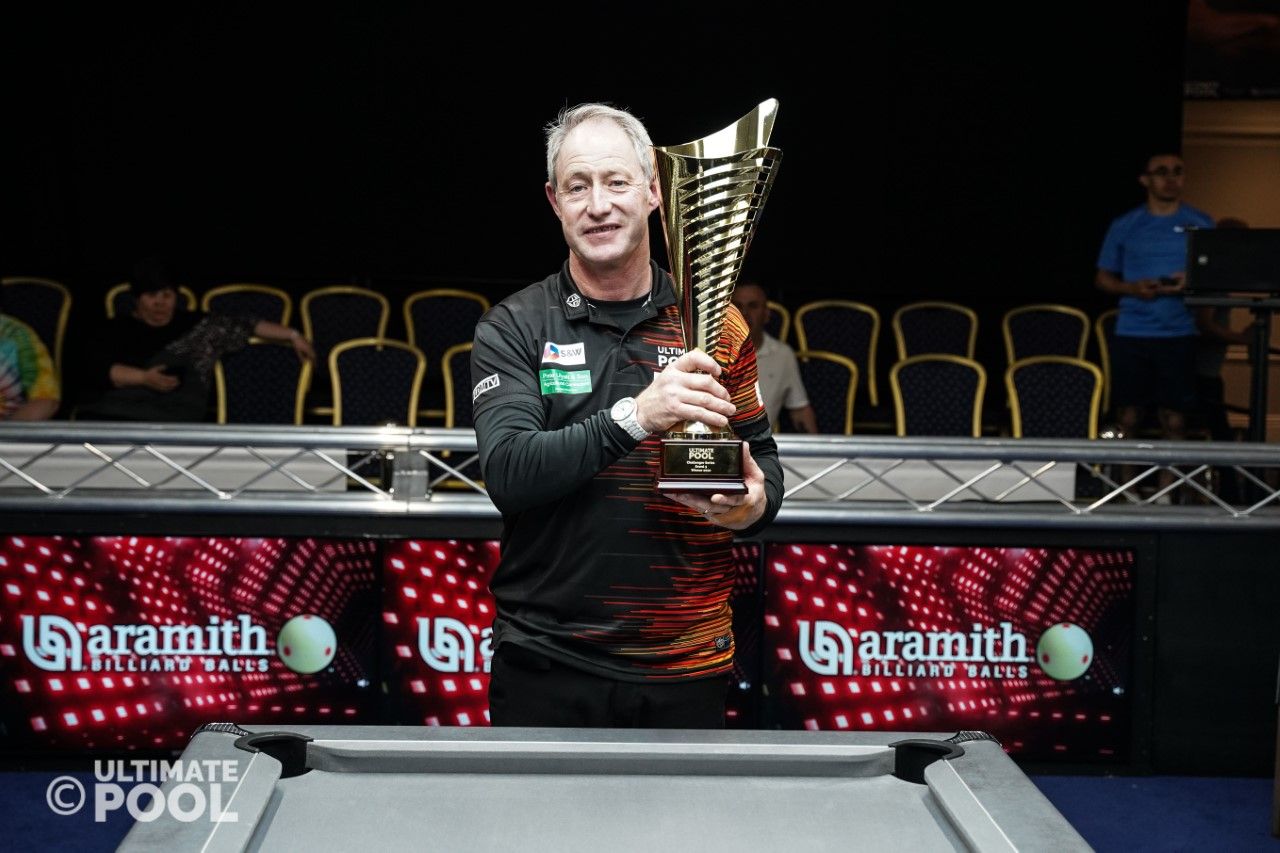 Tolley and Singleton are Challenger Champions

Cameron Tolley and Callum Singleton both came through 288-player fields to win the latest events on the 2022 Ultimate Pool Challenger Series.

The duo will each pocket £7,000 and valuable ranking points in their pursuits of promotion to the professional ranks next season. At the end of the 2022 campaign, the top 16 players will all progress to the circuit’s top tier.

Having lost 6-0 in the preliminary round of Event 2 in Blackpool, fortunes couldn’t have been much more different for Tolley in Event 3 winning his first two games 6-0, before dispatching Scott Crawley (6-3), Jake-Dylan Newlove (6-1), Event 1 runner-up Aaron Priest (6-4) and then Aidan Hughes (6-1) to reach the last four.

There was a dramatic conclusion to his semi-final with Connor Jones; Jones looked set to win, but missed the 8-ball in the deciding frame. In response, Tolley cleared up under extreme pressure to book a final berth.

His opponent in the final was the in-form Matt Cooke who was coming off the back of an impressive live television debut during the previous Monday night’s Vinny.co.uk Champions League group. Cooke defeated youngster Cole Bedford 6-2 in the other last four tie.

However, Tolley would be the last cueist standing. After the opening four frames of the final were shared, Tolley pieced together a five-frame winning streak for a 7-2 victory and the title. 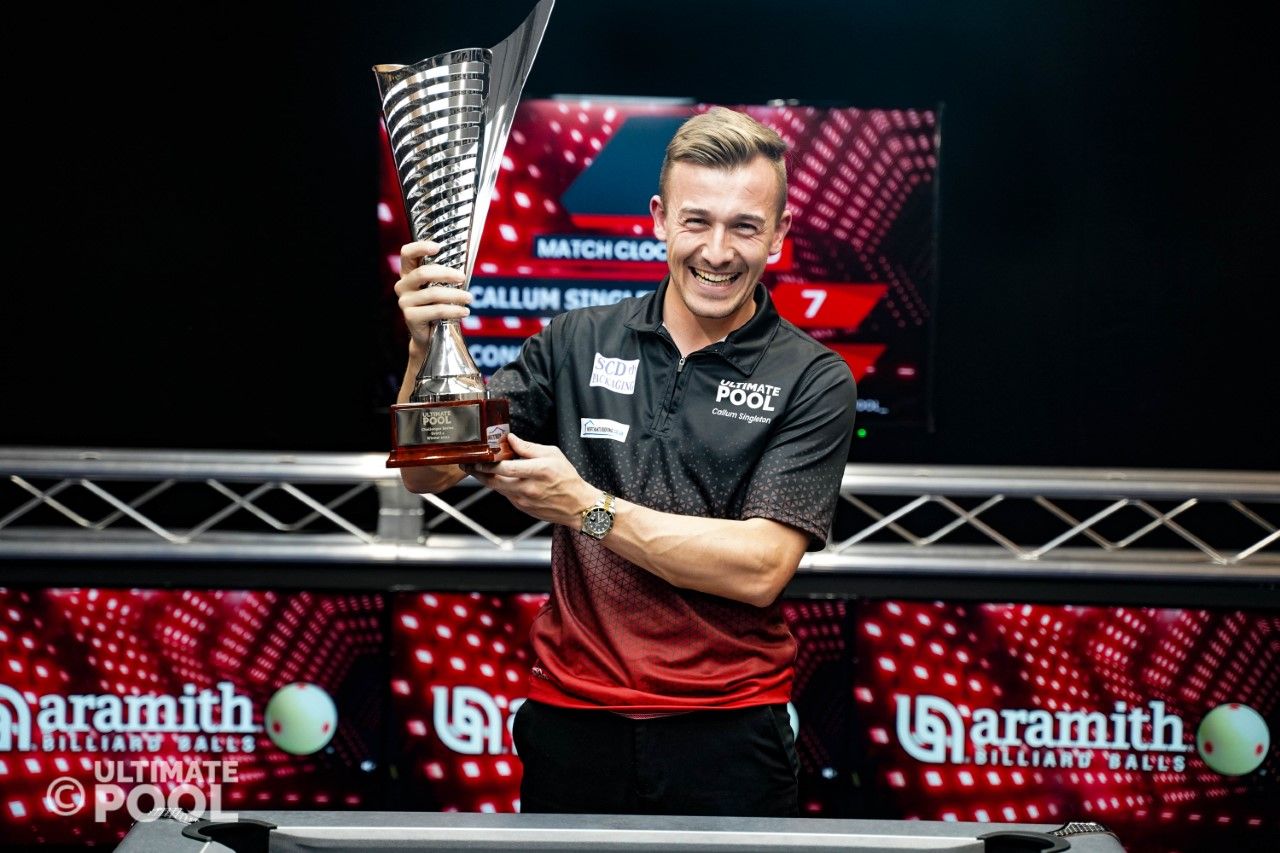 Fancied by many to secure promotion this season, Singleton is living up to expectations on this year’s Challenger Series. Having just missed out on the Event 1 final last month, ‘Singu’ went two steps better to land the top prize this time around.

The player he lost to in Blackpool was Neil Brittain, who went on to lift the trophy. Singleton extracted an element of revenge here, though, eliminating him 6-4 in the last 258.

Singleton’s opponent in the final was Jones, who was enjoying an extraordinary weekend. The Nottingham cueist bounced back from his disappointment earlier in the day, defeating players such as the decorated Ben Flack 6-4 in the quarter-finals and Malta’s Johan Attard in the semi-finals by the same scoreline.

The title would be one hurdle too high for Jones, though, as Singleton lifted the trophy after a 7-5 win. 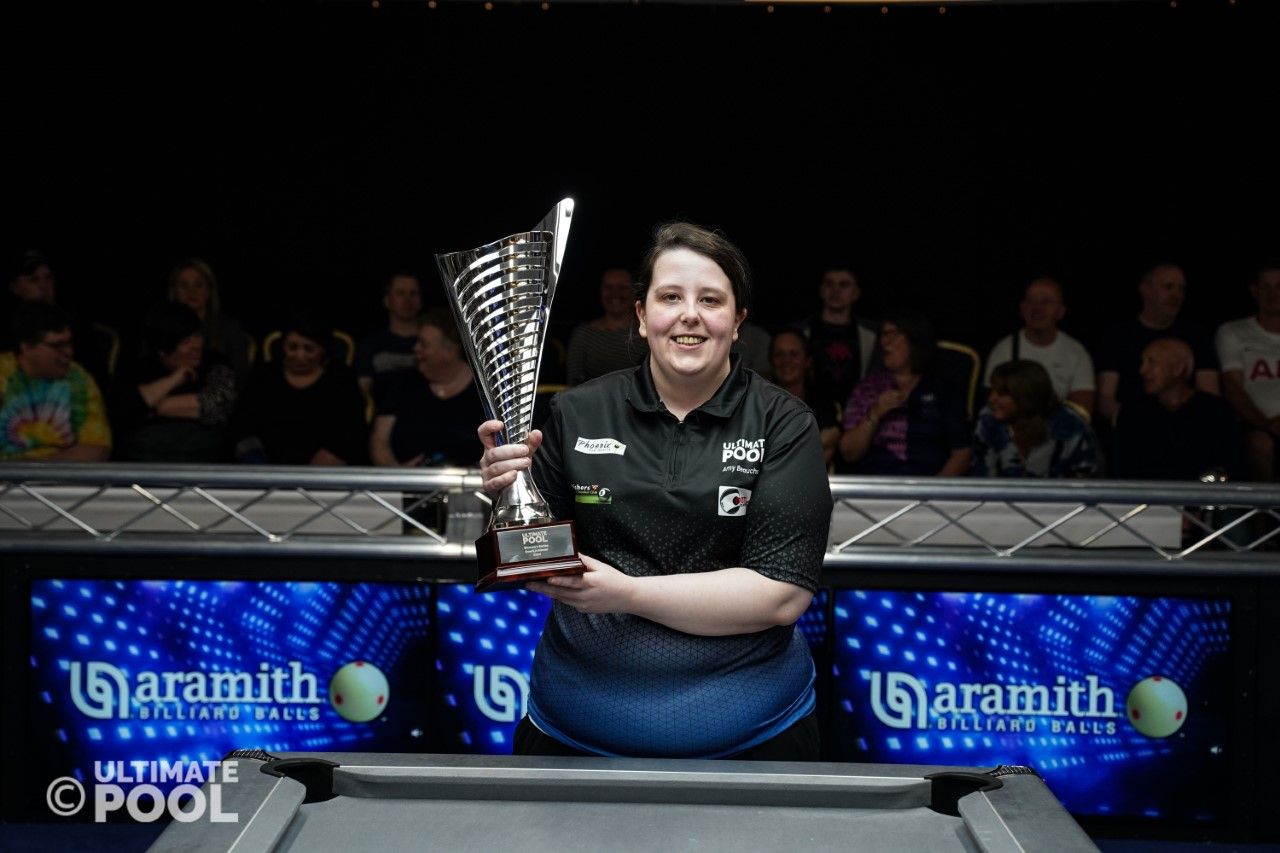 Amy Beauchamp added yet another big trophy to her collection as she won the 2022 Ultimate Pool Women’s Series Event Two.

A quarter-finalist at Event 1 in Blackpool, a dominant Beauchamp appeared to be on a mission in Birmingham, dropping a total of only 10 frames in eight matches on her way to the title.

‘Champs’ finished top of Group 5 – relinquishing just one frame in 16 – to qualify for knockout phase. There, she defeated Sarah Wait (5-3), Holly Cann (5-1), Ultimate Pool professional Emma Cunningham (5-3) and then Lauren Whittemore 5-0 in the semi-finals.

Portugal’s Alexandra Cunha would be Beauchamp’s opponent in the final. The number seven seed was very impressive at the Hilton Metropole, dropping only seven frames herself on her way to the title match.

Cunha stopped last month’s opening event winner and another one of the sport’s current world champions in Harriet Haynes 5-1 in the last eight, before dispatching former two-time world champion Deb Burchell 5-2 in the last four.

In the Women’s Series Plate – open to players that did not qualify from the groups – former European champion Leanne Cragg defeated former world champion Mika Roonay 4-2 in the final. 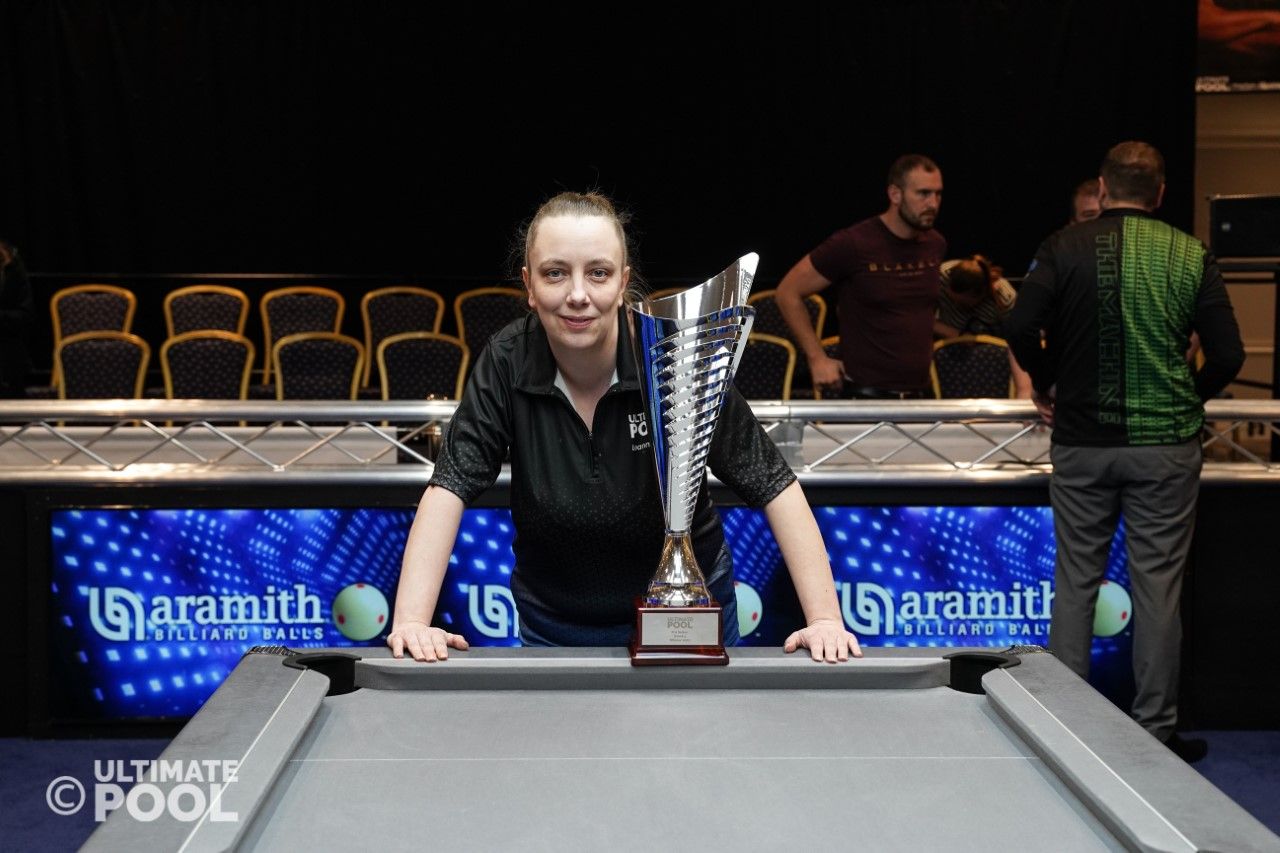 A popular addition to the weekend was the inaugural Ultimate Pool 3-Player Team Championship which saw players from all the different Series’ randomly drawn together in trios.

The combination had to go through seven rounds, eventually defeating Jake-Dylan Newlove, Dan Wells and Ameur Riad Abdelati (Team Newlove) 5-2 in the final.