Andy Appleton & Michael Tomlinson upset the odds once again as they became the first team to qualify for the Eative Ultimate Pool Pairs Cup Finals Night at the end of the month.

Following 16 weeks of opening phase action before Christmas, live Monday night pool on FreeSports returned in the New Year with the first of four Last 16 groups in this unique £32,800 event. These four group winners will then square off for the title on January 31st.

It was another night of drama and unpredictability in Newcastle-under-Lyme with the outcome still to be decided with just seconds to go. The duo from West Yorkshire got off to a great start with a 4-0 win over Tony Blount & Scott Crawley. This result was matched by group favourites Arfan Dad & Craig Waddingham who got the better of Neil Davey & Steve Singh. 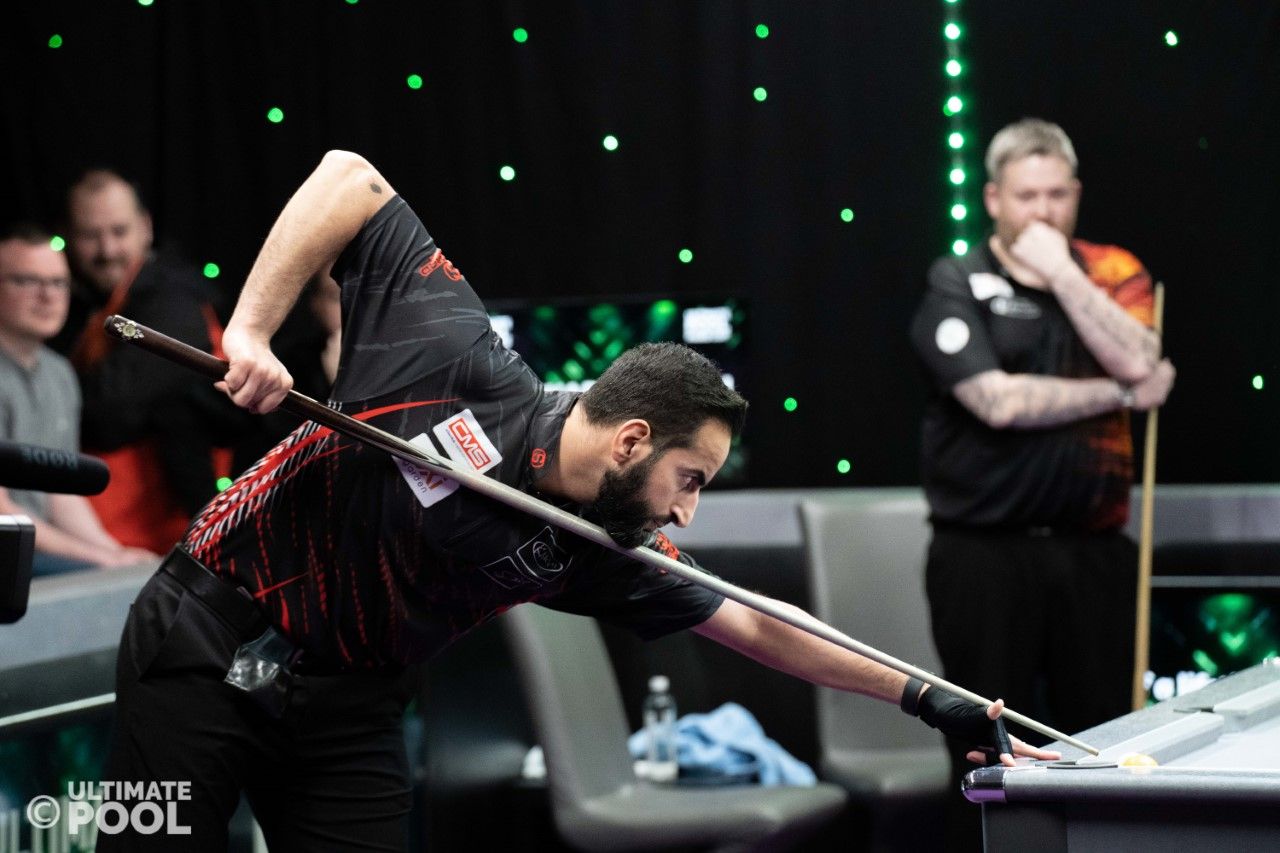 Blount & Crawley kept their hopes alive with a 3-1 victory in a match between the opening session losers before the two early winners played out an entertaining affair. Dad & Waddingham recovered from 2-0 down – featuring a golden break from Tomlinson in frame one – to 2-2, and Waddingham had a last gasp chance to take maximum points but he agonisingly hit the jaw when attempting a difficult double on the 8-ball before the time expired.

With the group delicately poised, only Davey & Singh were eliminated going into the final set of matches, and their frustrating night was completed when Appleton & Tomlinson defeated them 4-0. This put the pair from the White Rose Snooker Club at the top of the table with five points.

Dad & Waddingham went into their final match with the now eliminated Blount & Crawley knowing that they had to win in order to also reach five and force a 6-reds shootout. However, just like their previous match, they were put on the back foot as they fell 2-0 behind, and although they set up a grandstand finish by getting it level, they were unable to get possession of the table in frame five until it was too late.

Appleton & Tomlinson are still undefeated in the competition having also collected five points in the opening groups phase.