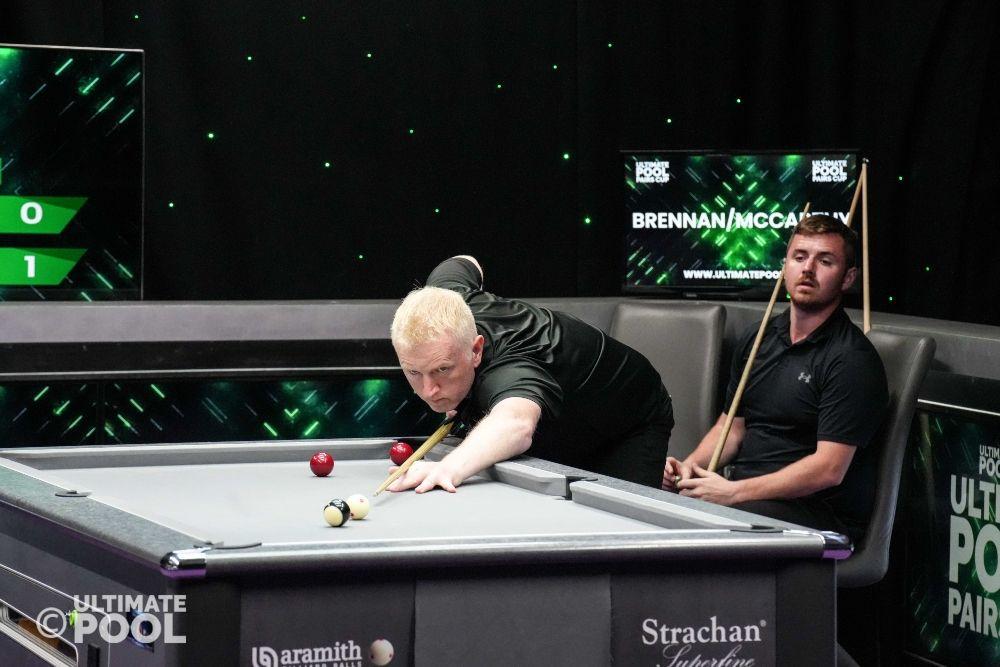 Declan Brennan & Ronan McCarthy got their latest ultimatepool.tv Pairs Cup campaign off to an ideal start as they won Group 3 and qualified for the last 16 of the competition.

Finalists of the inaugural edition – where they were narrowly denied in a dramatic 6-red shootout – the Northern Irish combination finished the night on maximum points following three wins from three.

They had a small scare in their opening match, though, going a frame down and watching their opponents have chances to pick up other frames but they defeated second-favourites for the group Greg Gamlin & Avi Singh, 3-1.

After seeing off Anthony Tedds & Reece Townsend 4-0 in a winner v winner fourth match of the night, Brennan & McCarthy were top of the table and in control heading into the final round of fixtures.

And, when Gamlin & Singh and Tedds & Townsend drew 2-2 to put both sides on three points each after a win and a draw, it meant that Brennan & McCarthy were through with a match to spare.

However, the classy duo still made it a hat-trick of victories with a 4-2 success over Duncan Saxton & Wayne Wootton to complete a very satisfactory evening’s work.