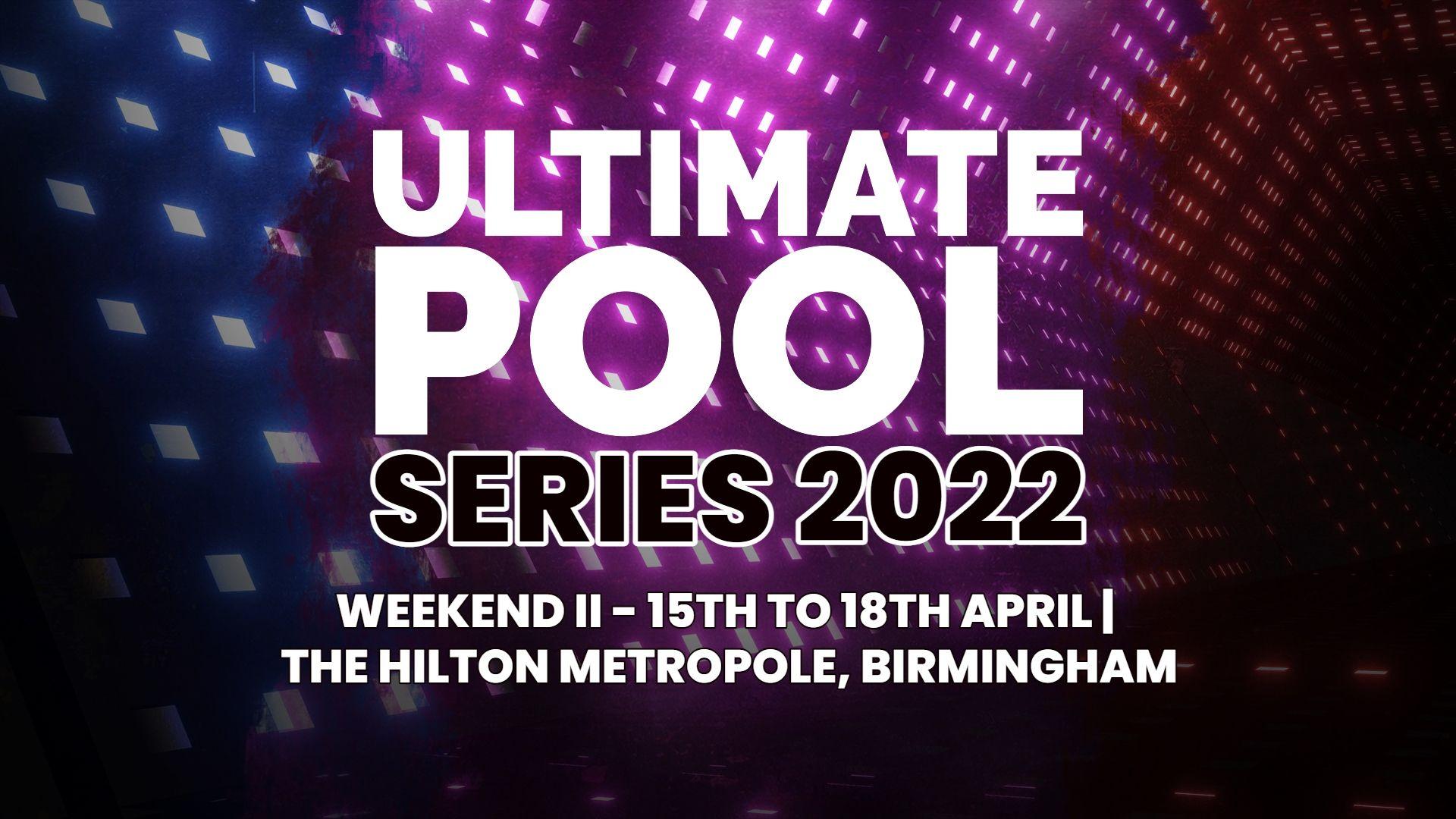 The draws for next weekend’s second tour stop on the 2022 Ultimate Pool Series are now online and there are several intriguing early round ties to look forward to over the long Easter weekend.

The latest leg of the four-weekend campaign takes place at the Hilton Metropole in Birmingham with action from the Professional (Events 3 & 4), Challenger (Events 3 & 4) and Women’s Series’ (Event 2), and the unique 3-Player Team Championship which are all scheduled between Friday 15th to Monday 18th April.

History was made in Blackpool last month as the expanded Series moved into hotel venues for the first time, and once again over 400 cueists across the different categories are set to travel to the ‘Second City’ aiming for glory on 8-ball pool’s most exciting and dynamic circuit.

A total of 35 tables will be erected at the venue, including three specially-built main arenas with seating for spectators. Admittance for fans is again completely free, no ticket requirements – just turn up. 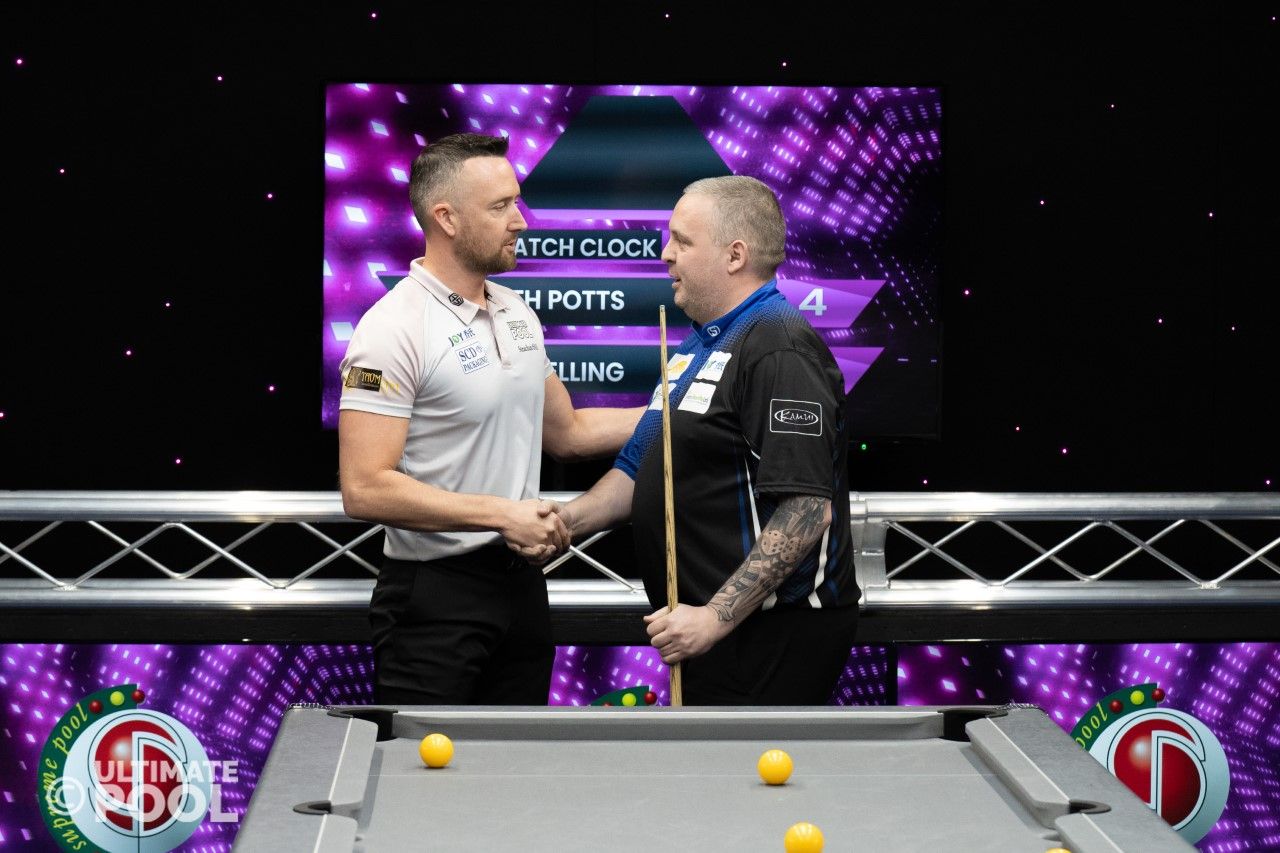 On the eight-event Professional Series, it was a memorable trip to the seaside in March for several of the sport's all-time greats as Michael Hill claimed Event 1 and Chris Melling defeated Gareth Potts in the final to triumph in Event 2. The ‘Old School’ will be hoping to continue making the headlines in Birmingham in Events 3 and 4.

As with all Professional Series events this year, the top 16 seeds automatically go into the last 32 and will await the winners of the preliminary round matches. Due to Carl Morris and Dejan Grech not being in Birmingham, the 17th and 18th ranked Jimmy Croxton and Phil Harrison become seeds for the weekend.

There are plenty of standout ties in the preliminary rounds of both events, with a remarkable top half of the draw in Event 3 which contains many of the world’s most in-form players, including provisional number one Melling, Hill, Potts and the number one ranked Shane Thompson. 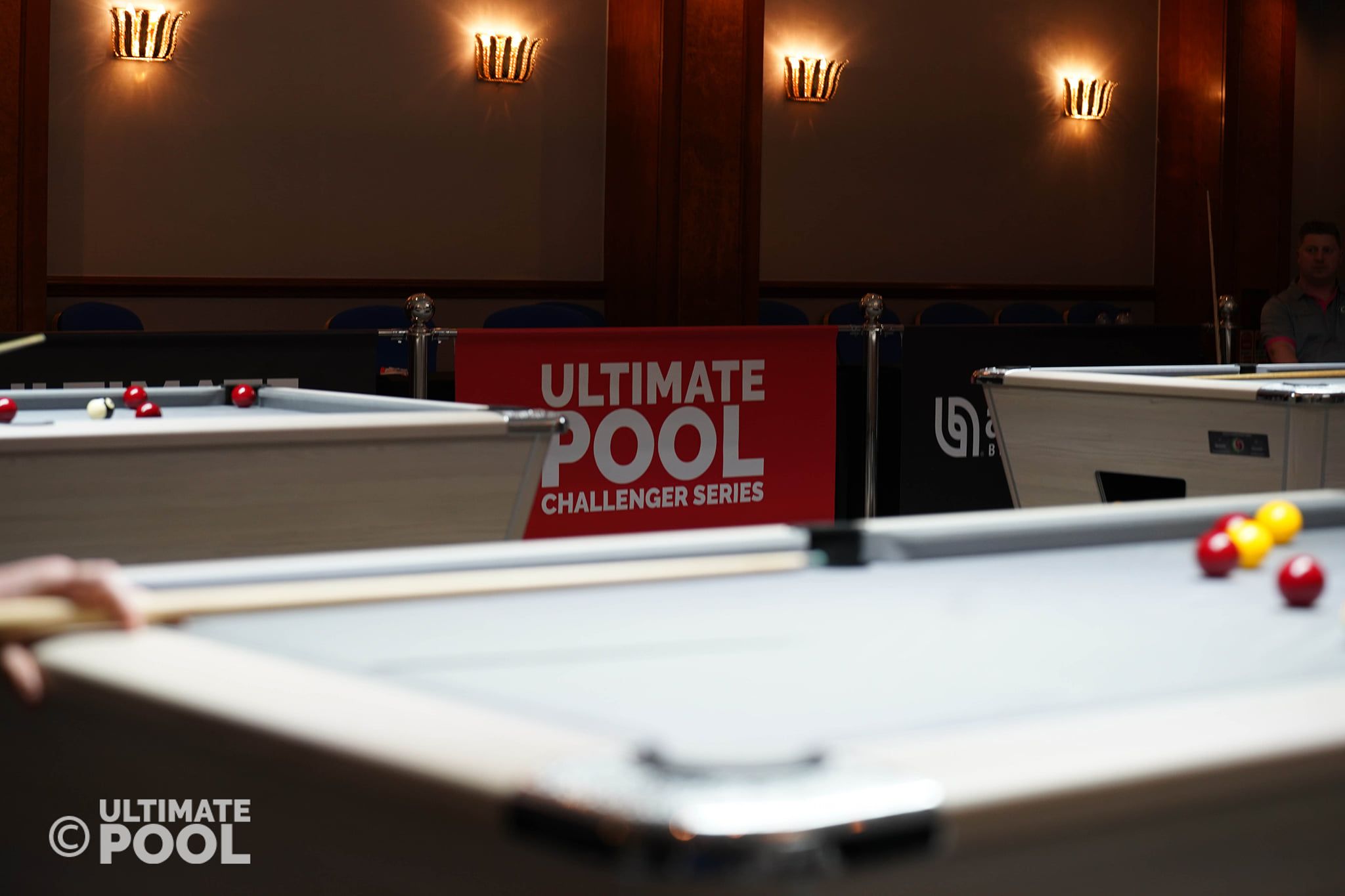 In the 288-player Challenger Series – for amateurs only – Neil Brittain and Josh Corkett got their 2022 campaigns off to a brilliant start having respectively won Events 1 and 2 in Blackpool.

With the field in these tournaments so strong and deep, it will take a mammoth effort to secure multiple trophies on this year’s circuit, but the main priority for players is finishing inside the top 16 rankings at the end of the season, thus earning promotion to the 2023 professional ranks.

Harriet Haynes is in pole position to earn promotion from the inaugural Women’s Series after defeating Sandy King in the televised Event 1 final.

Arguably the best women’s player on the planet right now, Haynes will be looking to strengthen her lead at the top of the rankings with another victory in Birmingham, but that too will be a very tall order given the credentials and quality of the 84-player entry on show.

The weekend will also feature the entertaining Ultimate Pool 3-Player Team Championship, with teams drawn at random, consisting of players from across the three different categories.

In total, across the seven events taking place at the Hilton Metropole, over £100,000 is set to be paid out in prizes. 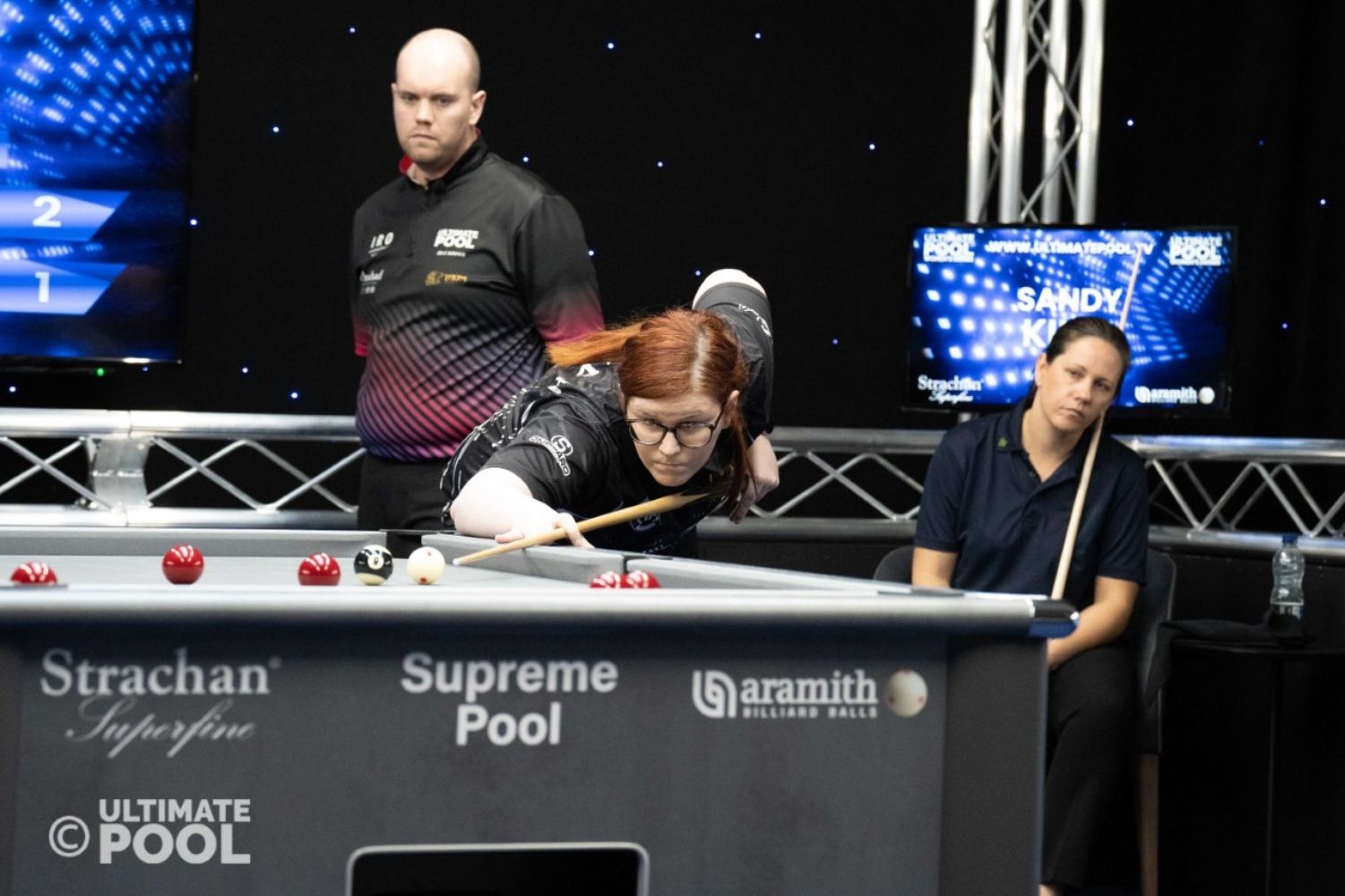 Three days of live action (15th to 17th) will be broadcast exclusively on ultimatepool.tv, with coverage from the last 32 onwards of both professional events, and the latter rounds from the Challenger and Women’s Series being aired on the platform. All matches shown are also scheduled to have expert commentary.

Further details are to be released, but you can purchase access to the action and all the other special features on ultimatepool.tv through a new monthly or yearly subscription package on the website here. 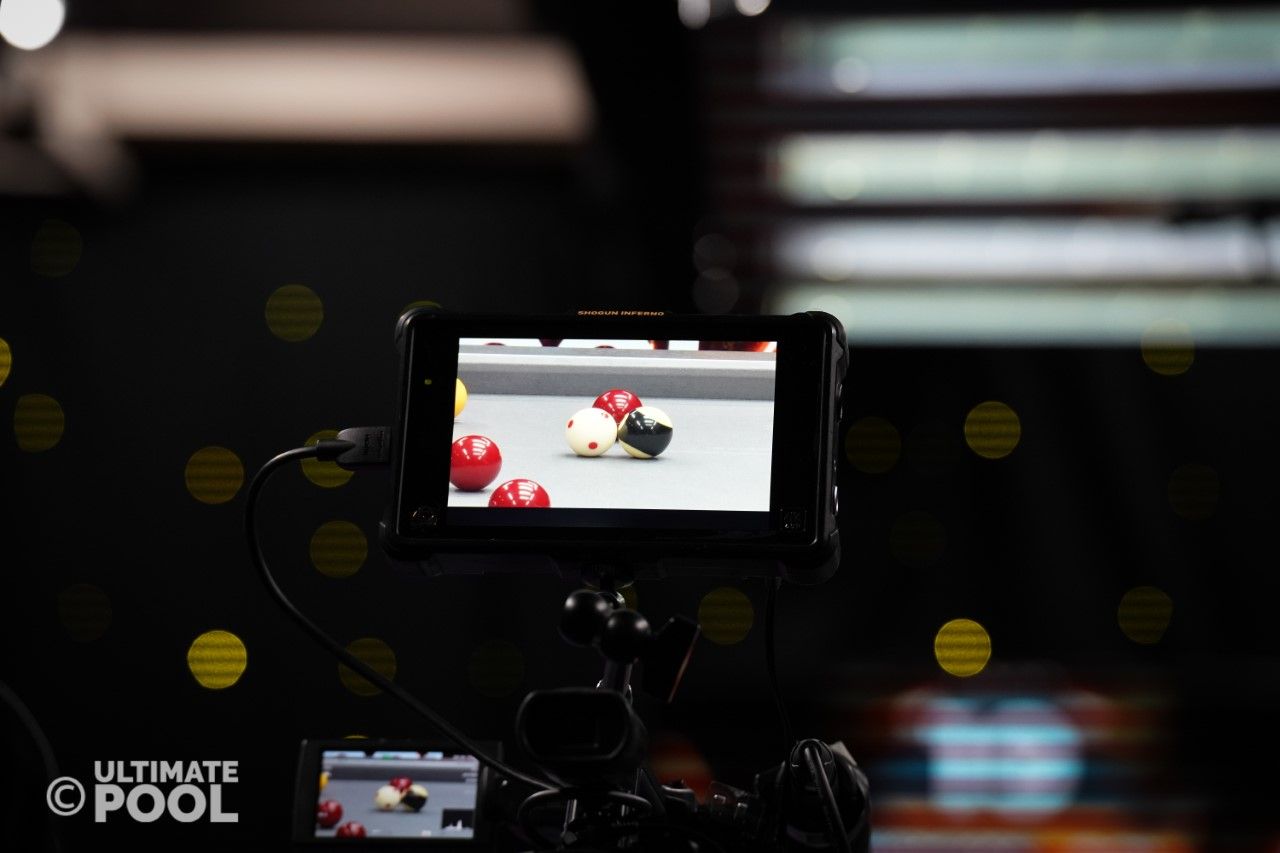