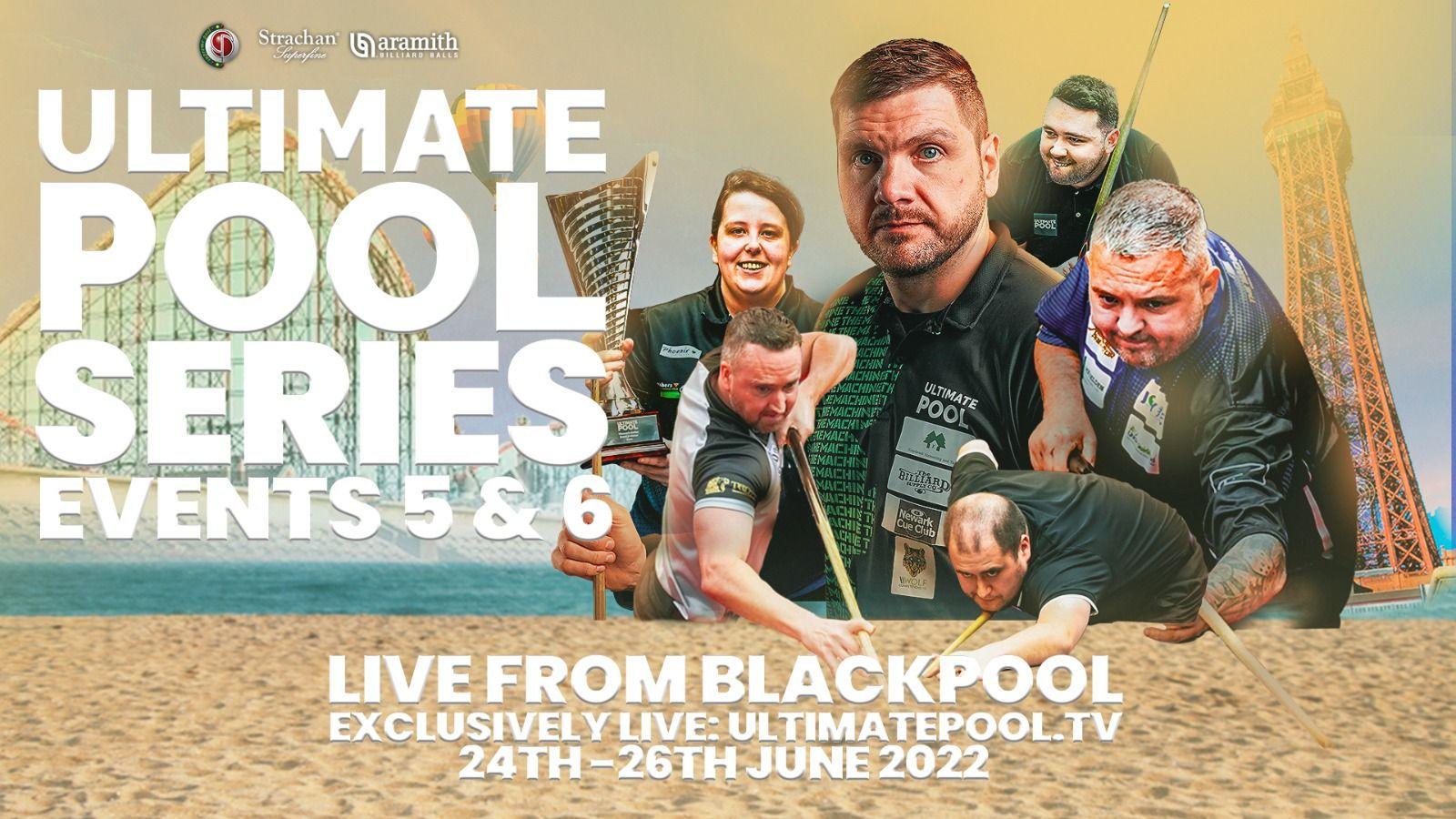 The latest installment of the Ultimate Pool Pro Series takes place next weekend as the circuit returns to the Grand Hotel in Blackpool for more 8-ball pool excitement and drama with the world’s best players.

Having not won a title in 2021, Michael Hill has made a big statement at the start of the 2022 Pro Series campaign by collecting two titles (Events 1 and 4) with comprehensive victories in both finals. The reigning six-time world champion sits top of the provisional rankings but will not let up as he chases down a hat-trick of trophies – equalling the memorable haul of current number one professional Shane Thompson from last season. 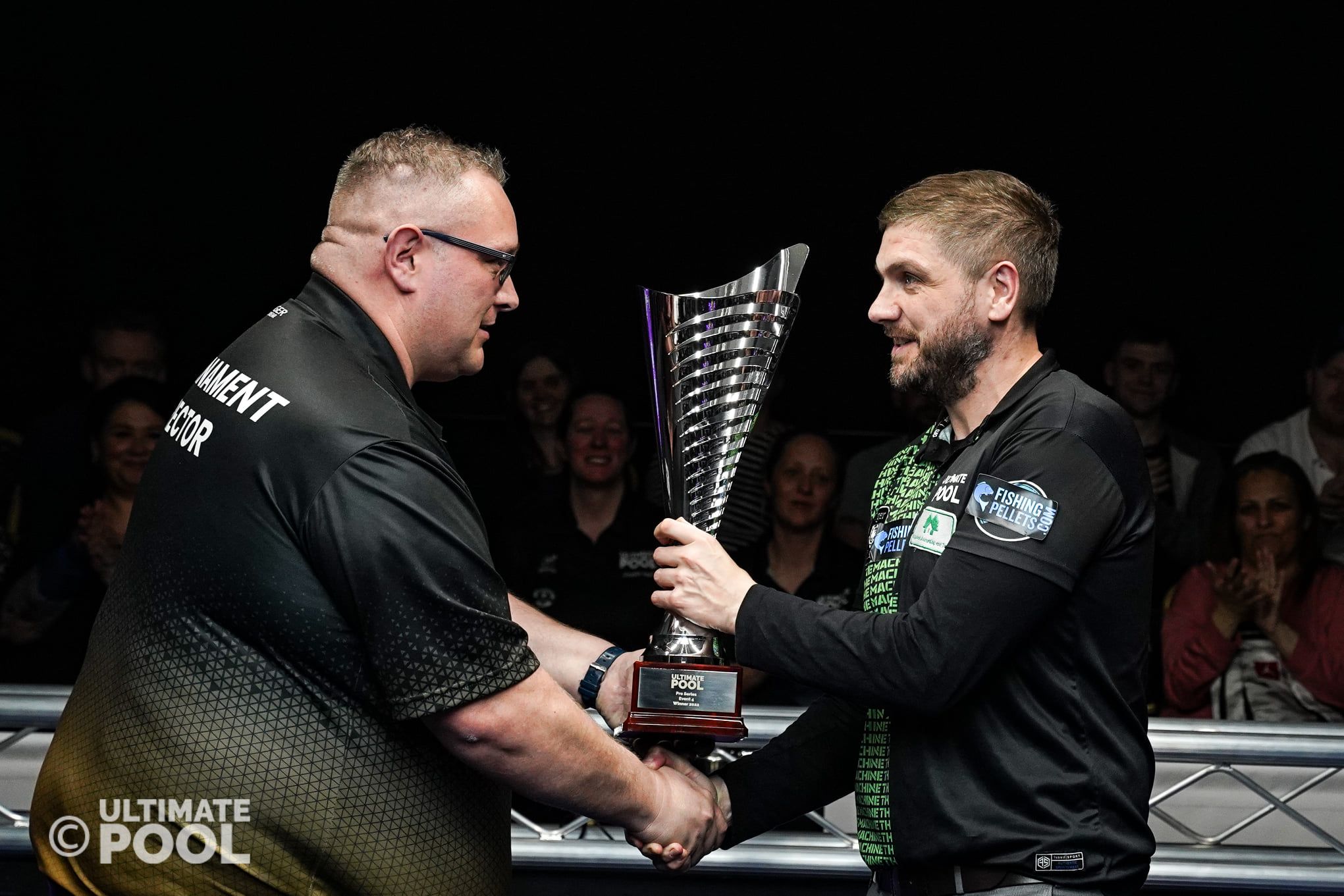 Another one of the sport’s all-time greats – Chris Melling – secured his first triumph on the Series (although his third Ultimate Pol title overall) here back in March (Event 2), while another former world champion in the shape of Jack Whelan scored a win for the new generation at Event 4. Both Melling and Whelan are back in action on the Lancashire coast looking to double their tally and replace Hill at the top.

Pro Cup winner Jordan Shepherd and Grand Slam winner Stevie Dempsey are the other professional winners this season so far – they’re set for Blackpool, as too is Gareth Potts, who is looking to set a record by reaching a Pro Series final for the fourth consecutive weekend.

Champions League Finals Night qualifier and Pro Cup runner-up Tom Cousins is in the draws, as too is popular Australian Jake McCartney who is making his first appearance on the Series this calendar year. View all the professionals who have entered by clicking on the draws link below.

The 2022 Challenger Series race is heating up as players scramble to get inside the top 16 end-of-season rankings and secure promotion to the 2023 Pro Series. Neil Brittain, Josh Corkett, Cameron Tolley and current table topper Callum Singleton have won events so far. 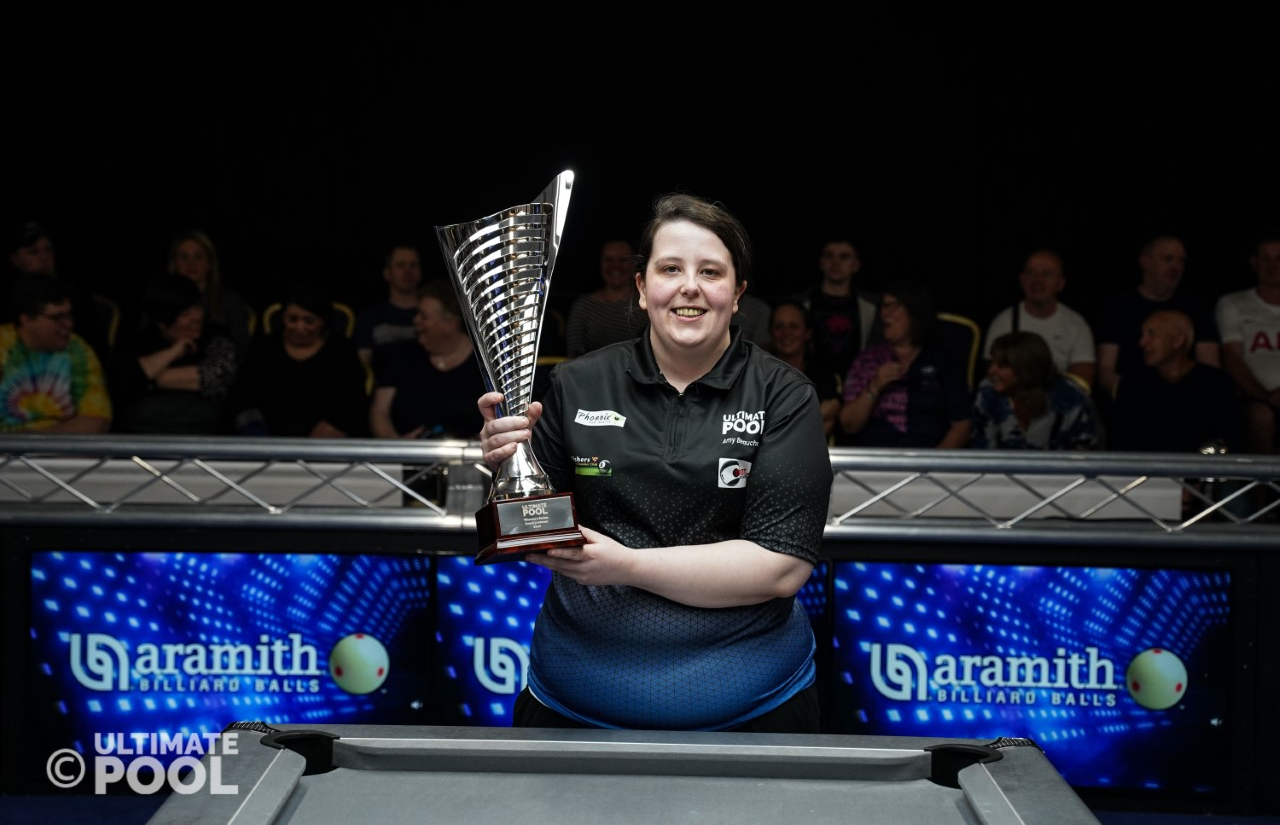 On the Women’s Series, Event 2 winner Amy Beauchamp and Event 1 winner Harriet Haynes are on the same number of points at the top of the rankings although Beauchamp is currently the number one seed via countback.

One of the most competitive women’s 8-ball pool circuits of all time, the four finals on the Series to date (including the plate) have yielded eight different finalists.

The whole Series weekend is free for spectators to come and watch at the venue - no need for a ticket, just pop along!