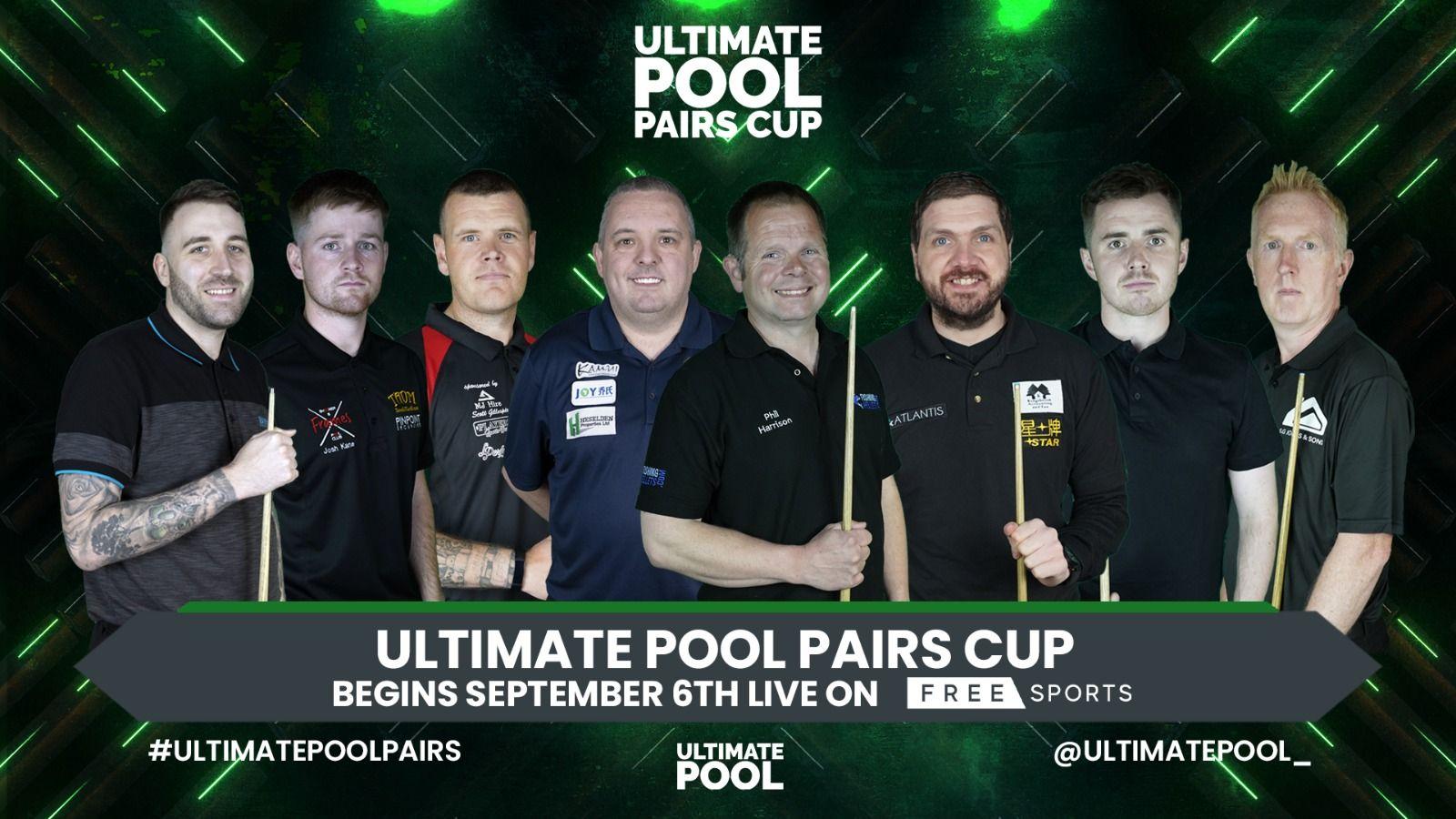 The next installment of live FreeSports televised 8-ball pool on Monday nights will be the inaugural Ultimate Pool Pairs Cup which breaks off on the 6th September.

This unique event – which carries a total prize fund of £32,800 – will feature 64 teams of two players. Played on Monday evenings and spanning 21 weeks, each night’s action will see a round robin group of four pairs. At the end of each night, the pair finishing top of the group will advance to the last 16 of the competition.

This same process is used for the last 16 phase, leaving the four remaining pairs to contest Finals Night.

Each match is limited to 20 minutes; matches are a race to four frames or whatever the score is when the 20 minutes expires.

If teams are tied at the top of the table after all matches are completed, a 6 Reds Shootout will determine the winners.

With no restrictions on player combinations, there are several ‘dream teams’ that have been formed for this special event.

One such pairing is the recent Ultimate Pool Masters winner Phil Harrison and reigning six-time world champion Michael Hill – two players who have faced each other in three world finals.

There is a de facto team Northern Ireland as Pro Series Event 1 winner Declan Brennan joins up with the legendary Ronan McCarthy, and there will also be strong representation for East Anglia with Shaun Chipperfield & Karl Sutton.

Another team tipped to do well will be Clint I’Anson & Jack Whelan – they have been world doubles champions in the past.

There is also a women’s team, as two of the greatest lady players of all-time in Emma Cunningham and Amy Beauchamp will take to the arena at the Players Pool and Snooker Lounge.

The draw and the schedule for the 2021/22 Ultimate Pool Pairs Cup can be viewed below: